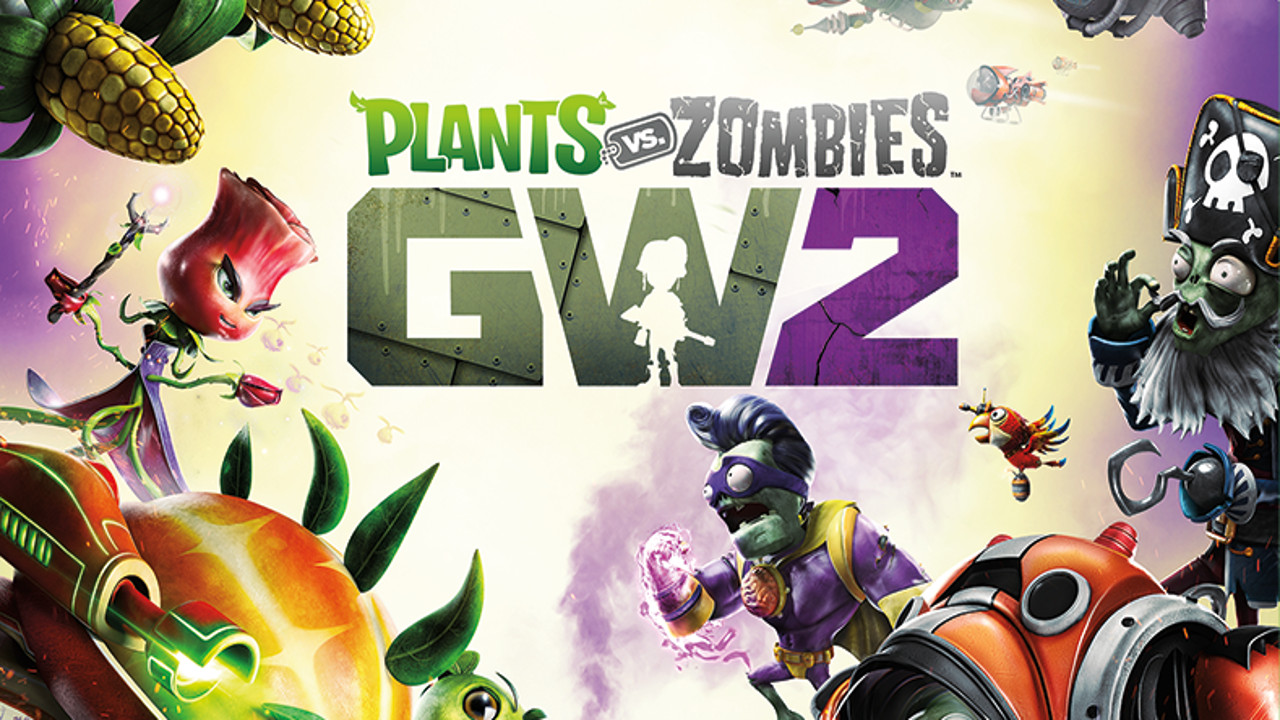 Popcap’s long-running feud between photosynthesizing plants and armies of the undead returns to the 8th generation of consoles in Plants Vs. Zombies: Garden Warfare 2 for Windows PC, Xbox One and Windows PC. With a little under two years between backyard brawls should players revive their interest in this team-based shooter based upon a mobile game? After playing the Xbox One version for several hours I’m ready to rate Electronic Art’s latest title.

PVW: GW2 (isn’t that quite the acronym?) is a team-based shooter with a strong focus on multiplayer battles at its core.  Depending on the side chosen players will have a number of different classes, each with their own unique gameplay mechanics and role within their respective team. After playing a few matches, I quickly found a few roles that I could easily fall back on when exploring roles new roles wasn’t really benefiting my team.

Here are my impressions of some of my favorites:

Super Brains (Zombies) – He looks like a bit of a spoof of Superman but a lot more undead. Super Brain’s main ability is his ability to swing his fists with a strong offensive punch. To make up for the short range of his main ability players can press the left trigger and unleash devastating laser beams. To deal with groups of enemies Super Brains can also unleash a tornado at the press of a button, this also enables Super Brains to gain some ground when groups are on the offensive against him. In all honesty, he feels like a great starting choice for players who get placed on the Zombies team and enjoy up-close combat.

Kernal Corn (Plants) – Amazing military puns aside Kernal Corn is one of the most satisfying new character classes added to PVW: GW 2 with his dual Shuck Shot uzi-like primary weapons. These high powered machine gun kernel launchers can dispatch most foes in a matter of seconds but for situations that call for a little bit more fines Kernal Corn is able to leap over enemies and fire from a mid flip with his Husk Hop ability.  Not only is the Kernal an excellent offensive option for traditional shooter fans but he is able to dispatch his enemies with some amusing abilities  and his name is a pun, can’t go wrong!

Sunflower – This happy little plant returns from the previous Garden Warfare and not only packs some serious firepower it’s default Sun Pulse but its’ special moves are what allow the Sunflower to stand out. The Sunbeam ability allows it to hunker down into the ground, losing the ability to move, but gaining 360 degrees of movement and concentrated machine gun like fire. Strategic use of Sunbeam can literally deal with waves of Zombie minions within seconds. Another active ability that allows Sunflower to stand out from its peers is the Heal Beam allowing Sunflower to give friendly units two hit points every second. This suite of abilities make it the perfect combat medic.

A wide range of classes will make any team based shooter engaging, but in the end, isn’t everyone focusing on completing the same objective? Sure like its’ contemporaries Plants Vs. Zombies: Garden Warfare 2 has the standard team deathmatch in the form of Vanquish / Team Vanquish but they are by far the least interesting game mode.  Gardens & Graveyards takes the traditional territories game-type and adds a unique PVZ twist to it. Plants must defend the gardens placed throughout the map and Zombies must capture these points and turn them into graveyards. Whatever game-type that players are looking for PVZ:GW2 will offer some kind of variation that will be guaranteed to keep your attention.

If single-player is more of the draw, Garden Warfare 2 offers a plethora of single player content in the form of the Backyard Battlegrounds mode. Both sides have their own set of quest giving NPCs, side quests and background fluff set in an open world map that is equally divided between the Plants & Zombies.  I had a pretty good time doing a lot of the plant quests, both mainline and optional, as they allowed me to explore the cityscape of Backyard Battlegrounds. The narrative of this mode is light and full of light-hearted humor and call backs to some classic 80s films – I caught at least a few nods to the Back to the Future series while playing single player. Completing single player quests, defeating waves and making progression in general will earn players silver coins and stars which are used to unlock flair for your favorite classes. 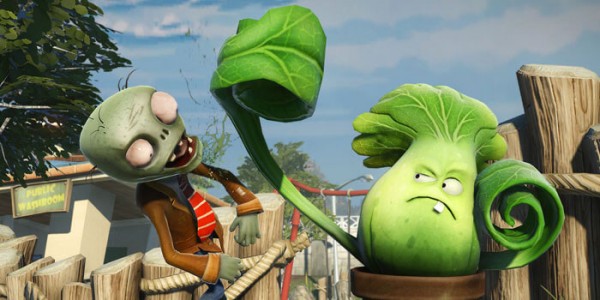 Speaking of unlockable costumes Plants Vs. Zombies: Garden Warfare 2 doesn’t disappoint in the amount of optional content. After every match players earn silver coins depending on the number of kills, assists and objectives completed. Silver coins are spent on booster packs a similar fashion to another EA shooter, Titanfall, with each booster pack containing a random set of unlockables or consumable items. Booster packs are organized into tiers sorted by pricing – so for approximately 2,500 silver coins a player can unlock a pack of basic minion cards that are used to defend their positions on the map or for 75,000 coins they can unlock a brand new character skin with the guarantee that it will be of at least rare quality. Thankfully EA does not let players purchase these silver coins with real world money and instead cosmetics and consumables are earned solely through playing the game.

Plants Vs. Zombies: Garden Warfare 2 is a charming game with a bright visual style, some great new class additions and a whole host of unlockable content that helps differentiate it from the 2014 original. With 12 maps, over 100 unlockable costumes and the ever so addicting gimmick of earnable booster packs Plants Vs. Zombies: Garden Warfare 2 will keep you glued to your screen during these cold winter months. Who says there isn’t much to play in the month of February? The happy bright sunflower shows us that not only is spring just around the corner but so is the next multiplayer match!