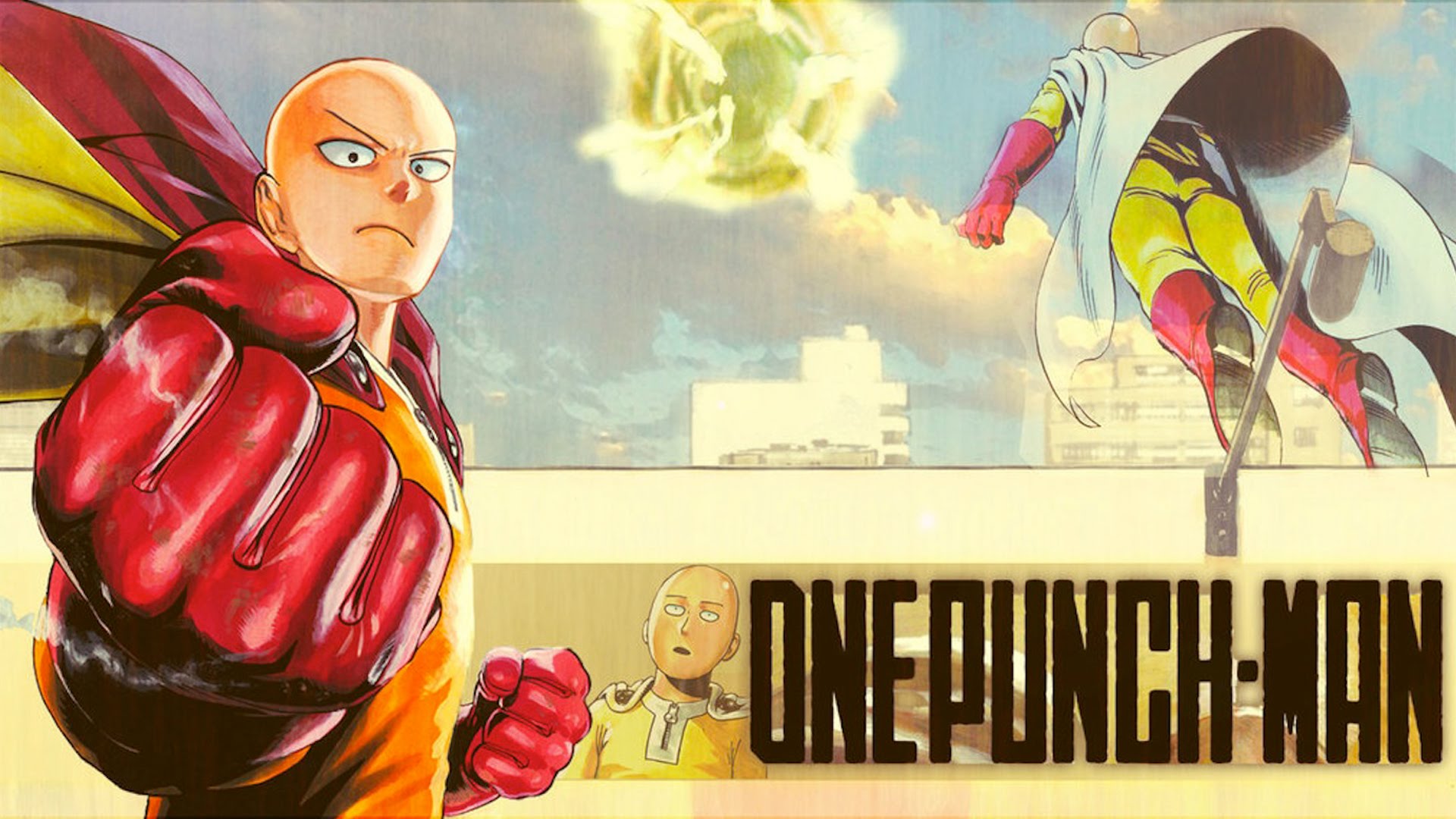 Where do I start? One Punch Man is not your typical anime, it’s not about school girls, it’s not about a group of friends overcoming ever more difficult challenges, and it’s not about training or getting better. One Punch Man is what happens after the training. It’s primarily a comedy anime, but it also has some of the best choreographed amazing hand to hand combat I have ever seen.  If you took the non-stop, heavy hitting, terrain destroying, combat from the later DBZ arcs, and injected it in to the funny slice of life type of comedy that was featured in The Devil is a Part Timer, you might start to get close to this shows vibe. One Punch Man Is anime that doesn’t take it self seriously, and I think part of this can be attributed to how it came to be. It was first created as a webcomic then serialized to Shoen Jump, and finally adapted this year to an anime. One Punch Man spends its time alternating between setting up extremely powerful villains which Saitama (the shows protagonist) defeats with one punch, and chronicling the difficulty of living on a small income in a rundown apartment. This creates this hilarious dynamic where several other “professional heroes” will try to fight a monster and be defeated and Saitama who is “just a hero for fun” will show up punch the monster once, and in a fantastic fountain of gore defeat them. 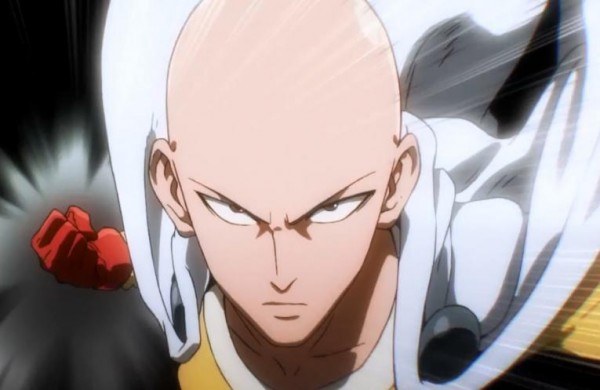 One of Saitamas two faces

One Punch Man is a show is full of an incredible cast of characters ranging from a half-crab hybrid called Crablante who become that way from eating too much crab, to “the true earthlings” and their king, whom come from beneath the oceans. Each of the monster of the week style villains feels real and we get enough back story to be invested in their character, without spending so much time on them as to create filler. Each episode feels like a complete story with only the season finale really taking more than one episode to wrap up.

Though some world building is done don’t expect the deep explanations of why this world has heroes or how they work, or why a mutated car or lobster people are running around willy-nilly. There is some world building partially towards the end when we get some back story on hero ranks and how they work, but really its one small side portion of what One Punch Man is about, which is Saitima the “hero for fun” who can defeat any enemy with one punch.

One Punch Man is a de-construction of the Shoen style. Instead of following a hero on a journey of growth and power gain, we simply arrive on scene to this incredibly powerful “hero for fun” who is so bored of defeating every enemy he meets that his expression is a constant blank as he pulverizes them with a single punch.  The second episode of the series literally starts with Saitima dreaming of what a good fight would feel like. One Punch Man also mixes in a healthy dose of comedic relief, Saitima is so strong that another aspiring hero, Genos the cyborg, begs him to take him on as a pupil. When Saitima reluctantly agrees and shares he work out routine with Genos the audience finds out that it consists of just basic calisthenics! Genos not beliving this follows Saitima for hours watching as he scrapes by his daily life. He obserces him order the cheapest item in a restaurant, and how he walks father to get groceries on sale. These segments provide a hilarious antithesis to intense fast paced action scenes which will often follow directly after. About those action scenes, wow, I have rarely ever seen a show pull of this type of combat. Each of Saitima’s hits feels like a train, and often enemies find their end as a fountain of gore. The whole show is rife with references, even blowing its own hole in the moon at the end of its last episode (Studio Madhouse also did Tri-gun) and longtime anime watchers will catch numerous in jokes at the expense of popular Shoen tropes.

The other piece of this one punch knockout is the comedy. The heroes outfit is the first indication of this, It appears to be a yellow rubber suit and a pair of heavy red rubber dish washing gloves. Saitimas calm throughout is an awesome juxtaposition to the screaming, running, and blustery civilians and villains of world. No matter if he’s getting punched or buying eggs, Saitima maintains the same bored expression throughout the entire length of the show. This brings up a curious thought point that I did not expect to have to think about in the show. What do you do when your ultra-powerful and nothing is challenging anymore? Saitima is bored, and this gives the anime a very real existential tinge to its normally light comedic tone. 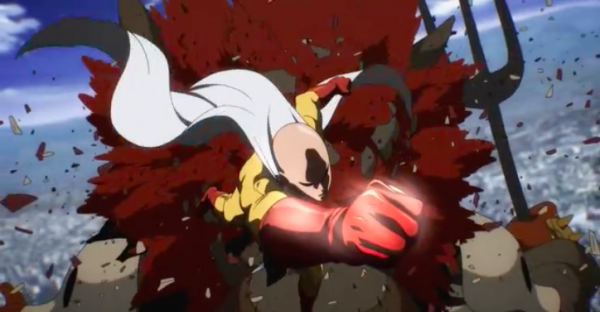 This is not an anime that is afraid to show some blood.

My only criticism of the whole show is that it over relies on the too strong trope. Nothing in the first 10 episodes is even a remote challenge for our hero and even with being as strong as he is, no one recognizes him for his hero skills, and until the middle of the season he’s not even a registered hero.

Overall One Punch Man was one of my top 10 anime of 2015, its great at blending comedy and amazing action sequences, but doesn’t give in to being a purely comedic anime and mixes in just enough serious moments to keep me interested. I would recommend it anyone who likes beautifully choreographed fights, and also anyone who appreciates slice of life style comedy