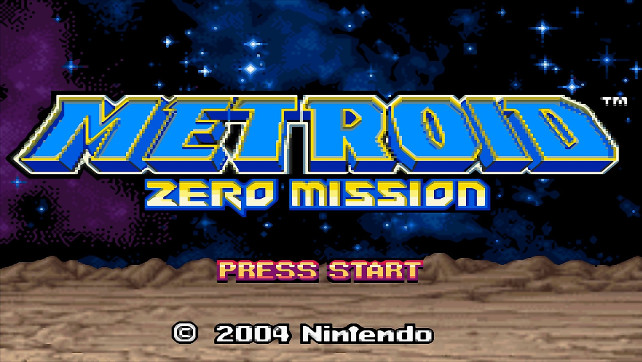 Metroid Zero Mission – The full story of Samus Aran’s first mission finally unfolds. Space bounty hunter Samus Aran is sent on a lone mission to infiltrate the fortified planet of Zebes. Traverse through the mazelike base of operations for the Space Pirates, gaining access to powerful upgrades and items for your weapons and suit. Locate Mother Brain, and put a stop to the replication of Metroids!

Space Hulk – The legendary Space Hulk comes to the Wii U™ in this epic turn based strategy game. Set in the Warhammer 40,000 universe, an intriguing story of legendary battles and heroic actions unfolds. Play as a small squad of fearless Space Marine Terminators who attempt to reclaim their honor by mounting an assault on a derelict space hulk infested by hordes of vicious tyranid Genestealers. Take control of the Adeptus Astartes of the Blood Angel chapter and guide them towards glory, while battling fierce Xenos and uncovering ancient relics in the infested confines of the massive Space Hulk named “Sin of Damnation.”

Lionel City Builder 3D: Rise of the Rails – Create your own world and drive your custom-built train right through it in Lionel City Builder 3D: Rise of the Rails. Choose from Creative Mode, where you’ll create your own cities to drive your custom trains through, or from Story Mode, where you’ll learn to drive trains, repair tracks, and help keep the rail system alive. The game’s innovative design and Stereoscopic 3D gameplay graphics are perfect for train-lovers and gamers alike, providing a creative and strategic game play experience with a dose of Lionel fun that’s guaranteed to be off the tracks.