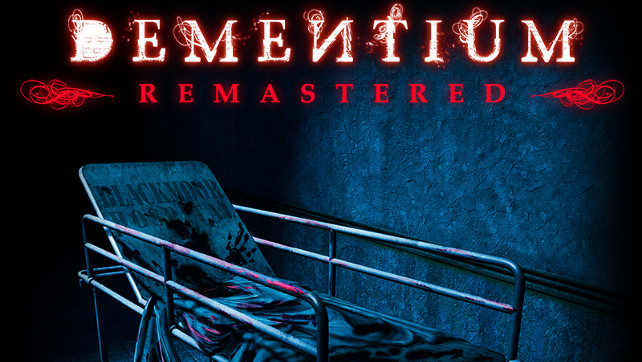 With the first Dementium Remastered barely cooling on the Nintendo 3DS since its release last month, today we have gotten word that the remastered sequel Dementium II may also be close to a release.

Jools Watsham stated on his latest Random Waffles Vlog today that ideally they hope to have Dementium II Remastered done and submitted for lot check by February. If all goes well the game could hopefully hit the Nintendo 3DS eShop sometime in March.

The game will retail for $14.99 like the original remastered game.

In Dementium II Remastered you are William Redmoor, recent recipient of a radical brain operation intended to cure psychosis and current inmate at a clandestine treatment center for the criminally insane. Your memories are fuzzy, but it appears that your wife was murdered, and the evidence pointed toward you as the killer. Here at the Bright Dawn Treatment Center you are under the care of an enigmatic figure known only as The Doctor. Whatever the Doctor’s methods, they appear to work—your psychosis is gone… or is it? Demons you once battled have appeared once again. Worse, it seems that the Doctor has some diabolical scheme to perform experimental operations on scores of other inmates. You must not only survive an onslaught of horrific beasts but also stop the Doctor from achieving his goal. With all the insanity that surrounds you, you can’t tell if it’s you or the world around you that has truly lost it. Just how demented are you? Time to prepare for phase 2…

In the horror adventure Dementium II you will need to arm yourself with revolvers, shotguns, daggers, sledgehammers and bonesaws to defend yourself against more than 16 horrifying creatures. Walk down the foreboding corridors and see the blood-strewn walls designed to immerse you in this nightmarish environment. Overpower and kill guards to fight your way to The Doctor and free yourself from the horror that has enslaved your mind.

If you’re holding out to pick up Dementium Remastered on sale don’t hold your breath. Watsham stated that he doesn’t intend on putting the game on sale in the very near future. And besides, the original game on the DS was more than double the eShop price.