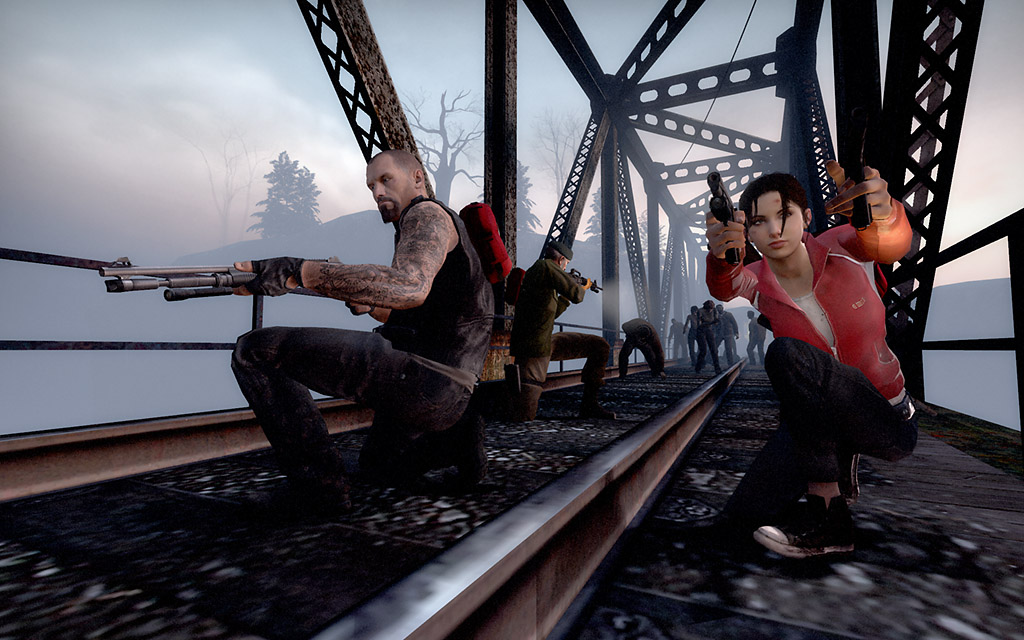 Get out your tinfoil hats and listen up because apparently if you listen really close you can hear the dead stirring.

According to outlet Express.co.uk(via Neogaf) Left for Dead 3 is currently in active production at Valve for a 2017 release although this latest report does not list any platforms for L4D3 or would that be L3F7 F0R D34D?

Apparently the creative team at Valve has dreamt up three brand new protagonists for this supposed zombie slaying sequel – three male characters and one female character named Katherine. Previous “leaks” have corroborated one of the characters being named “Katherine” with the names of the 3 male leads being “Irvine”, “Keenan” and “Garret Jr.”.

It is said that there will be six campaigns for Left for Dead 3 including some returning favorites. The six playable scenarios are said to be: Crashland, Impasse, Inquisitor Land, Early Destination, Cliff Hanger and No Mercy. Players of the original 2009 Left for Dead game may remember No Mercy as the first campaign setting in Turtle Rock’s game that featured players escaping a hospital filled with the undead.

Back in 2013 access to an internal Valve planning tool called Jira was made available to the public and screenshots found their way onto longtime Valve fan site, Valvetime. At that time 68 separate Valve employees were listed in various Left For Dead 3 development groups. The Jira screenshots were one of the first acknowledgements of the Source 3 engine which was recently utilized in the DOTA 2: Reborn client update.

Do you think that ant of these details are true? Could this just be the case of anonymous internet trolls reposting old rumors to try and get our hopes up?