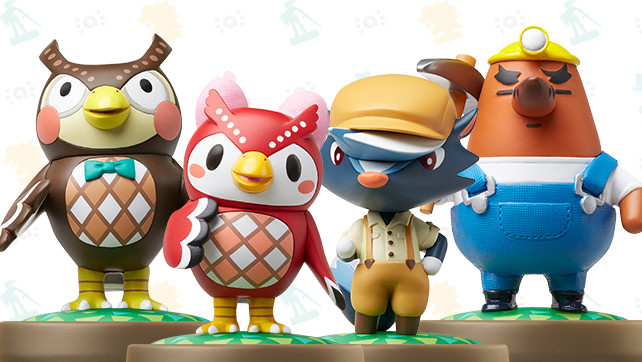 The next wave of amiibo and Animal Crossing amiibo cards have popped up online for preorder. They are available online at Best Buy so far, but aren’t showing available on either Walmart.ca or Amazon.ca.

They are scheduled for release on January 22nd.

Now available to preorder are Resetti, Blathers, Kicks, and Celeste from Animal Crossing as well as Lucas from Super Smash Bros. The hotly anticipated independent amiibo Shovel Knight is already sold out online. The amiibo retail for $15.99 with the exception of Shovel Knight which is listed for $17.99.

The second series of amiibo Animal Crossing Cards are listed for $6.99.

As a note of interest, three amiibo are listed on sale for $10.00 on Amazon.ca. If you missed Walmart’s boxing day sale last weekend and didn’t score any for $10 you can pick up Modern Mario 30th Anniversary amiibo, Inkling Girl amiibo, and Luigi amiibo – Wii U Super Smash Bros. Series Edition for $10 each. Likely while supplies last.