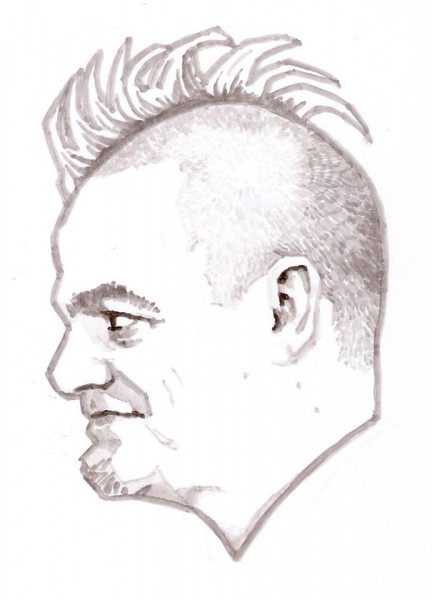 Joe Waters passed away on the morning of December 23rd. He was a dear friend of mine and of countless others. As someone who was blessed with knowing him well, both within the game industry and as a friend, I would like to share some words about him.

Joe was a self-declared “asshole”. He was blunt and straightforward. You always knew what he was thinking and what he thought of you. Yet his bluntness and tendency to flip off cameras could not hide that he was an extremely caring, kind and passionate person. I joked to him that he was one of the nicest jerks that I ever had the pleasure of knowing. Even his harshest reprimands were intended to help, much like a parent scolding a child for playing with fire.

His intellect was only matched by his compassion for others. Joe took many under his wing, from people at the countless game companies he worked for to someone standing alone at the bar. He was quick to include you and make you feel truly welcomed. His friendship never felt forced, his conversations never consisted of idle small talk. He was interested in your and your stories and helping you become the best person you could be. Wherever he went, he always brought cheer and positive energy. And, despite his almost intimidating appearance, he was quick to drop a goofy face, a joking comment and a big smile.

Joe himself had clawed his way to where he was in the game industry. He decided he wanted to make video games and forced his way into the industry by making his own video game from scratch, some 17 years ago, an extremely rare accomplishment for those times. He made every lick of it himself, from the art to graphics rendering. He would often recalled with a chuckle how, in his first interview, they asked him what parts of the game he had worked on and he responded “I don’t understand the question” because he made them all himself.

In those years since, he has become a core member of the game industry. His intelligent, programming talent and understanding of graphics rendering gave him immense value, but he was always treated everyone else as peers, no matter their background or profession. In these recent years, he has lead Seattle monthly industry nights that helped connect countless developers, from AAA to indie, from programmers to artists. He had a wonderful talent for helping people connect and has brought countless people together. Like his own friendship, the connections he helped established were deeper and more open than they ever would have been without him.

I, among many others, have the honor of considering him both a mentor and a friend. He always had time to grant advice, give a hug or just share a drink. He valued his friends more than anything in the world and it was apparent in everything he did. The blow of his loss is tribute to how well he lived his life.

We will all take our time to mourn his passing, but he was adamant that, upon his death, he wanted his friends to celebrate his life. So let us celebrate this wonderful man, whether you knew him personally or simply had the pleasure of knowing his work. He has accomplished far more in his life than many could ever imagine and has left a lasting impression upon the world. He was happy, he was loved and he will be missed.