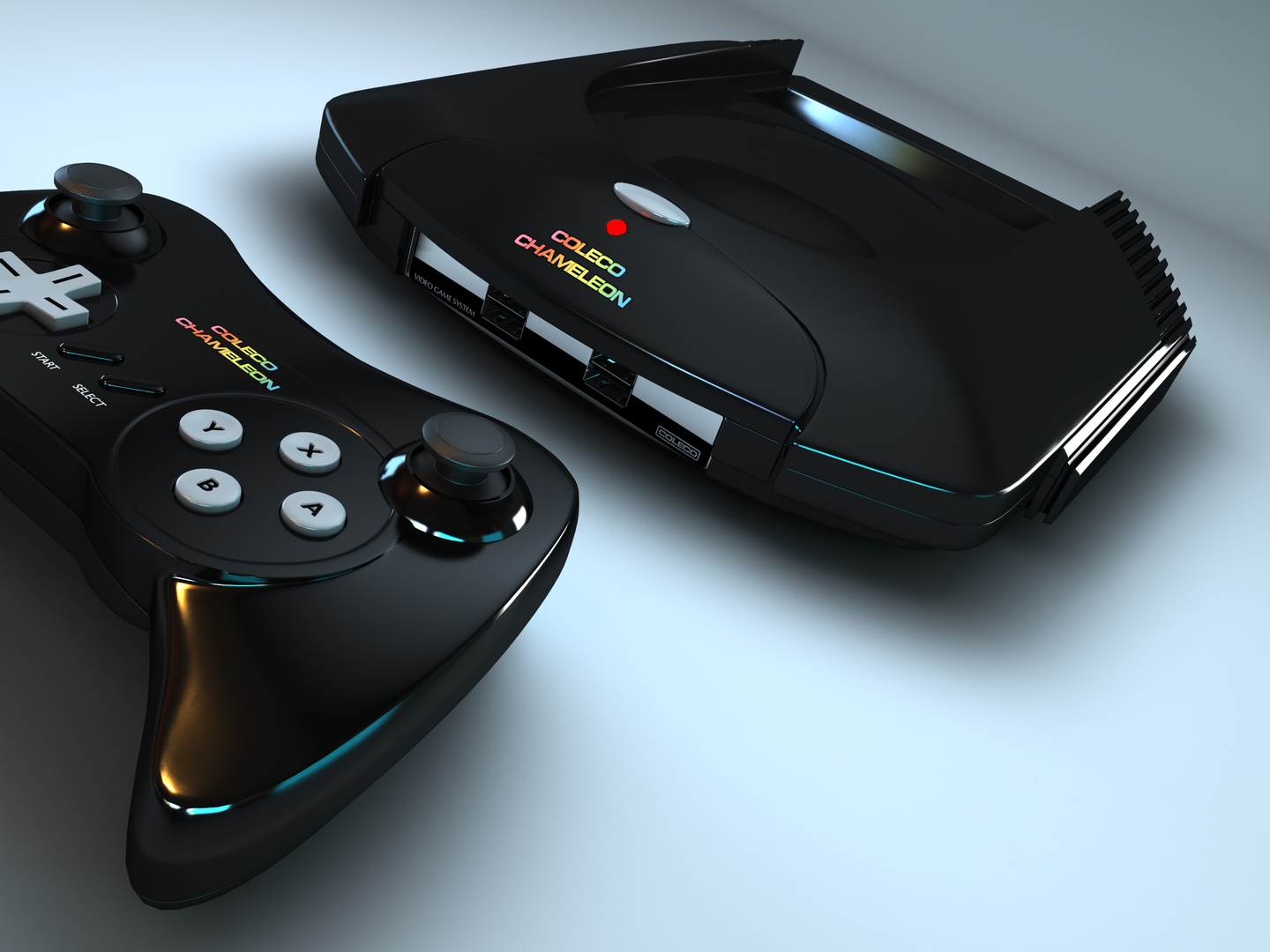 Fans new and old of the ColecoVision will probably be surprised to hear that a new cartridge-based system in partnership with Retro Video Game Systems, Inc will be coming out in early 2016. Dubbed the COLECO Chameleon, the system will be capable of playing classic games, and is also noted for being able to play new releases in 8-bit, 16-bit-, and 32-bit styles, which are still quite popular formats with adult gamers today. In a day of age where games are played on discs or flash cards, having a new cartridge-based system will be quite interesting to see that isn’t just a rehash of old systems released like the Sega Genesis or Atari 2600.

While information is still somewhat scant, it’s going to be demoed at the Toy Fair New York 2016, February 13-16. Upon some digging from their Twitter @RETROVGS, RGS had an unfunded Indiegogo campaign for a “RETRO VGS” system which looks quite similar to the now upcoming COLECO Chameleon, not only in design, but also it’s aim for a cartridge-based gaming system. With that said, this current console project looks to be a re-tooling of their previous attempt at doing a game system.

Going off of that, it wouldn’t be too far off to guess that the specifications will be quite similar to the following listed from that Indiegogo page:

* Convection cooled: no noisy fan to wear out

* User data is stored externally only

+ No private user data is stored in console

+ When plugged in, only time and date are saved, if the the user has set the clock

* Game-related data (such as high score lists, saved games, etc.) may be stored on each cartridge (depends on game)

* System-related data (such as preferred initials for high-score lists, preferred     controller configurations, etc.) may be stored on an optional USB thumb drive

+ USB (see above) up to 4 controllers directly, or more via optional hub(s)

– Analog intermediate frequency (IF) video output (1 at a time)

– 3 RCA for CVBS video and stereo or mono

– Expansion port for cables or adapters

+ Analog NTSC or PAL (for CVBS or S-Video)

* Set the time and date (optional)

After comparing the specs of the the RETRO VGS to COLECO Chameleon, noticeably different are an apparent lack of of 9-pin connectors on the front which possibly removes the ability to use custom-made controllers for the system, and the addition of two more USB ports to the system. Here’s hoping that the system can launch next year without much issue