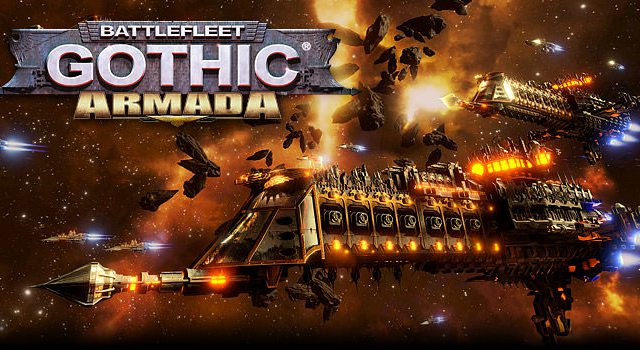 Focus Home Interactive and Tindalos Interactive today warp into the Imperium faction, for their new RTS adaptation of Games Workshops famous tabletop game. Featuring miles-long ships, Battlefleet Gothic: Armada pits four factions against each other for control of the Gothic sector of space. HOLY SHIT IM SO EXCITED FOR THIS GAME. Battlefleet Gothic has long been one of Games Workshops least interesting but prettiest games, to bring it to the digital wold is going to be amazing

Today we see Imperial ships, not the fastest or most powerfull, but since there is only war, the humans have refined the art of war in space. The video is going to delve in to the the finer points of the human armadas ships!

Defined by dense void shields and metres thick armour, these ships can adapt to any kind of battle situation. Their torpedo strikes and devastating Nova cannon blasts are enough devastate most opponents. Any that do survive are quickly dispatched by the powerful broadside armaments, while the Imperium ships’ armour and shields ensure they survive the encounter. If your targets are not shredded by your barrages of torpedo strikes – or, if your ships are equipped, devastating Nova cannon blasts – your powerful broadside Macro-cannons and Lance batteries will make short work of what’s left of the enemy. As a last-resort, remember the ships are well-armoured and can take quite a beating. This means that ramming your prow into the hull of an enemy ship can be a surprisingly effective tactic, especially if your target is of a smaller class.

Battlefleet Gothic: Armada warps in on PC beginning of 2016.

AANNNDDDD I’m excited, this game looks like everything I have ever wanted for space war game, and I am just a huge Warhammer 40K fan in general, so this is goign to be great!