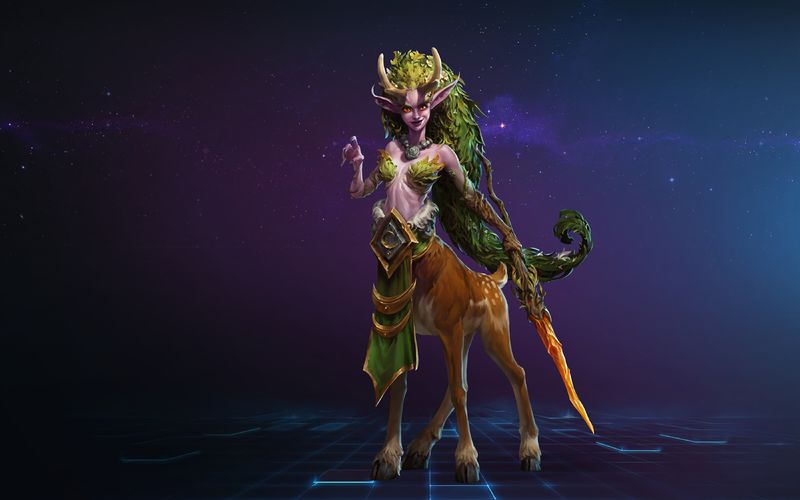 The latest hero to enter the Nexus is Lunara the deer.. Dryad centaur Assassin that hails from the Warcraft universe.  Her agile abilities allow you to poison your foes and extend the duration of this damage if you are quick enough. Likewise her ultimate abilities also allow her to literally leap over enemies, slowing them down, or allow her to unleash a damaging storm of vines at will.

Blizzard has released a spotlight video giving players a rundown of all of the abilities that this new hero has to offer alongside some counter strategies for those who are bound to face her.

She is currently priced at 15,000 Gold – so if you’ve been doing your dailies perhaps you can afford her – or $4.99 USD thanks to the end of year extended Black Friday Sale.

Thornwood Vine (Bound to R) – Sends forth a vine dealing 170 points of DMG + level modifier. Can have up to 3 charges.