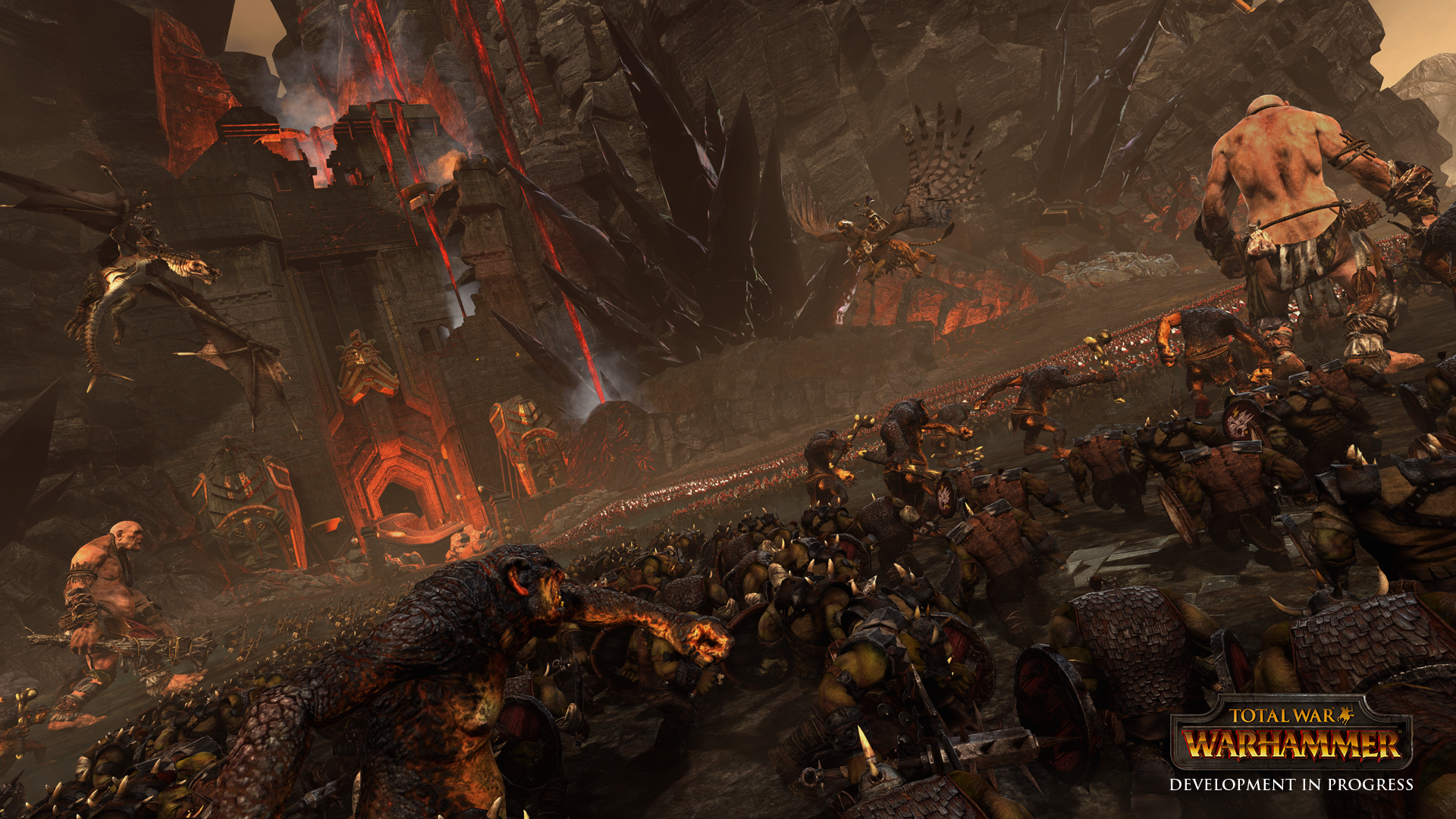 SEGA and Creative Assembly have teamed up to give us the first in-engine look at the upcoming Total War: Warhammer which launches in April 2016. Thirst glimpse of the campaign gives us a look at some of the goblin encampments as they plan to wage war all the way from the Badlands to the Chaos Wastes.

Total War: Warhammer will feature similar gameplay to other titles in the Total War franchise – minus the historical accuracy. Basically replace the roman empire with Orks, The Empire (humans), Dwarves and Vampire Counts.  Also unlike other games factions in this game may also have access to flying units – something that the time periods and real world settings of the other Total War franchise don’t allow for.