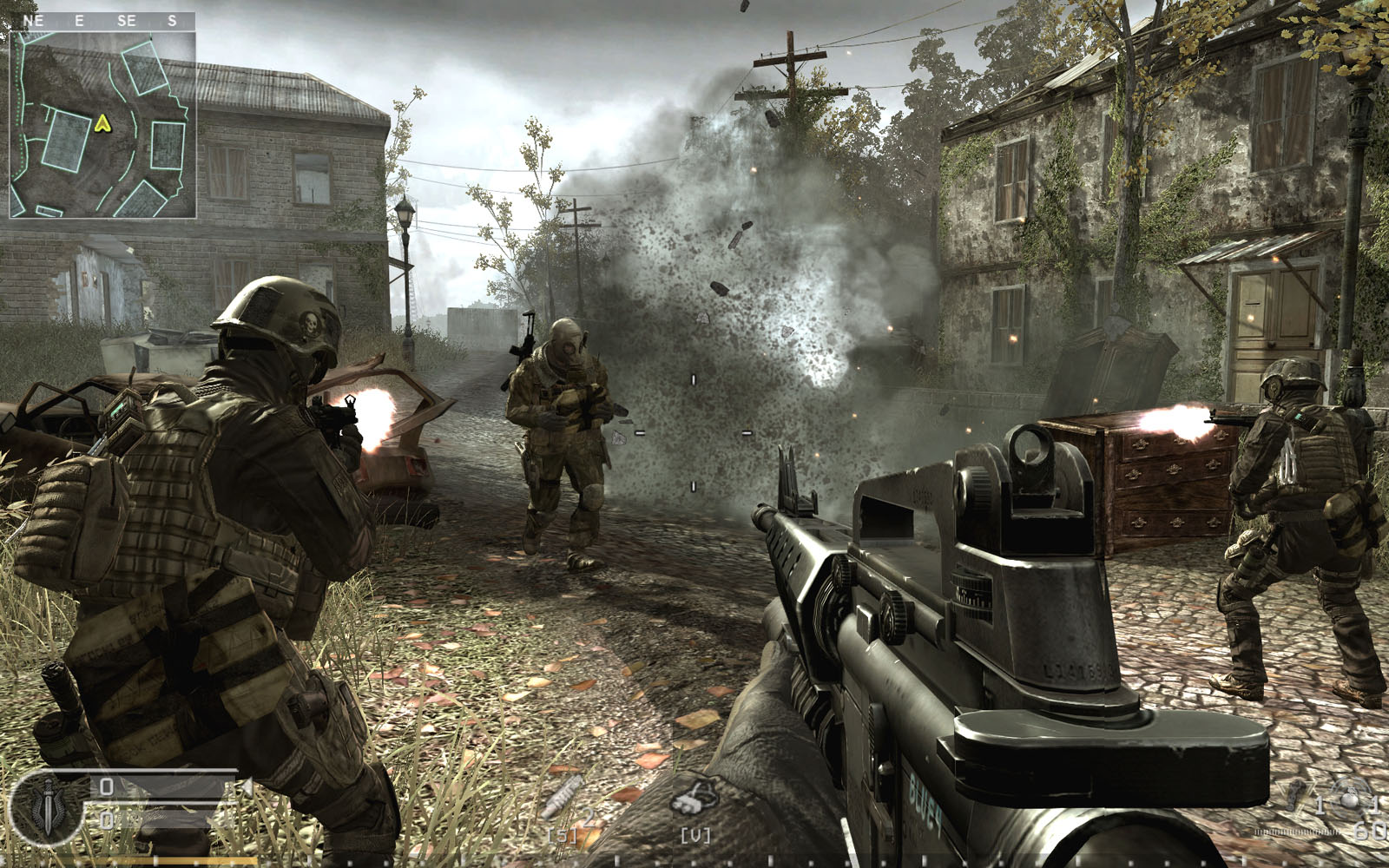 This month saw the release of two of the industry’s biggest first person shooter (FPS) titles, a Halo game, and a Call of Duty game. Playing each one, one right after the other, it would be easy to mistake these two titles as one series of games just set in a different world. That generic feeling, you run around a map, you can sprint, you can jump and boost. You can mantle over things, you have some sort of unique power that you can use that will give you an advantage (thanks for that Destiny). Your player can run on walls.  That sentence could have described any game in any number of different shooters from this year or last on consoles, and that’s a problem.

The FPS genera has come a long way since they were all first called DOOM clones in the early 1990s (though really the first real FPS was Wolfenstein 3D) back then the FPS genera was pretty simple, you were a dude(or chick) who was a super bad ass, you went around shooting things. Mostly you were a bullet sponge, you would get shot, turn to see who shot you and then shot them. Your player carried around a variety of weapons for getting this done, often picking them up off of the floor or a shelf or dead enemies. Enter Quake in 1996, also developed by ID software, makers of DOOM, the game was the exact opposite. Speed ruled the day, Quakes multiplayer was a breath of fresh air in the multiplayer shooter world. It still featured unique future sci-fi guns, but you weren’t a bullet sponge, instead twitch based game play was born. The fastest mouse often won the game. It was from this style of multiplayer that we would eventually get Halo, Call of duty, Battlefield, Destiny, and the rest. 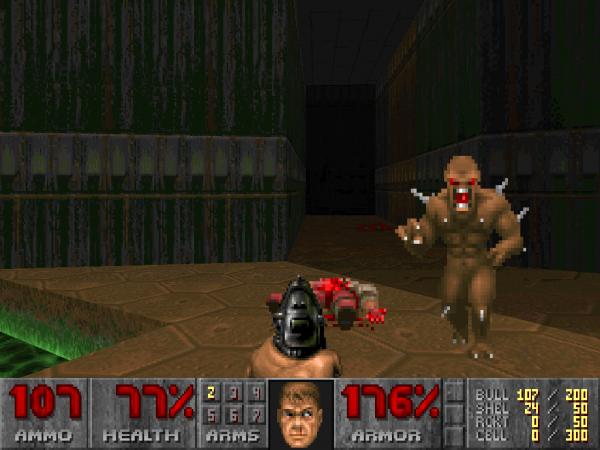 Graphics sure have come a long way since DOOM, but so has game play

Fast forward again to 2001 and we get what would become the competitive standard, Halo: combat evolved. Two weapons, a recharging shield, and melee combat. The standard was set, and so began the genesis of the generic multiplayer shooter.  Now I’m not saying Halo killed the FPS, contrary to that it probably saved it showing it was viable on consoles, and introducing many things that would become standards later on in the genre. However, Halo’s incredible success is one factor that I would point to if someone asked me why do all FPS games released by AAA feel the exact same?

I am not saying there has been no innovation in FPS, we have gone from WWII to modern to future in the last 10 years of FPS development, studios have added features. We get new guns, better layed out maps, prettier graphics, all great things. My problem comes with the fact that there is no diversity at the core of console shooters. Recently this seemed to have gotten a little bit better, destiny added a system of what I can only call powers, enabling you to charge these powers and then use them in a RPGesq way. But at its core destiny, despite what bungie have said, is more of an adventure story drives title than a competitive multiplayer experience. Perhaps a better example is Titanfall, a new original IP from Microsoft released early this year. It featured a few mechanics that had yet to be seen in FPS games, and was extremely movement based. Because success breeds imitators the next two major FPS adopted this movement based sytem of combat, increasing the pace of the game. Now anyone who makes a console shooter makes on that’s mostly twitch based, and You lose any games like Halo 2 where that are in the DOOM family of feeling like a giant plodding bullet sponge. 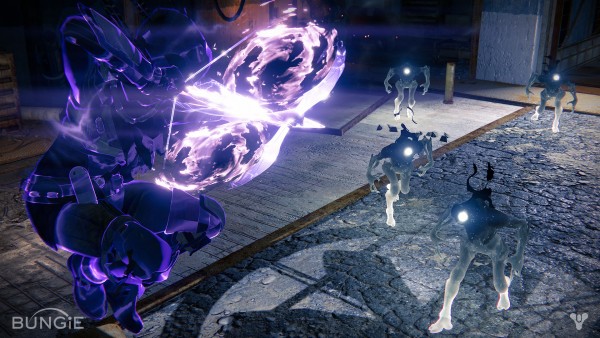 Now let’s talk about guns, when FPS’s started off, having a whole row of guns to use (See quake) was fairly common, these guns were acquired from various places on the map and knowing where they were and how to get them meant the difference between winning and losing. Sometime around 2000 classes were introduced to multiplayer. Now instead of controlling weapon locations we got play a sort of chess. Does my team need heavy weapons, do we need a long rage sniper? What ever was needed you would just flip to. The first Call of Duty Modern warfare took this a step further, distilling the idea of classes down to its most simple elements, using two weapons, and adding an unlock progression. This was the true death of diversity for console based multiplayer shooters. Modern Warfares formula was so successful that every single game since has found itself copying that formula. Halo switched to a class based progressive unlock load out system (thought it bears mention that this is now gone in Halo 5) and so did battlefield. The focus of games shifted, there was no more emphasis on defending the power weapons, rather it emphasis was instead placed on score or kill streaks and special gimmicky powers, like boosting and wall running. Though some games have tried to break from this formula, most have found that progressive unlocks, customizable classes, and a lack of ultra-powerful easy win weapons aren’t the way to high sales numbers.

The good and the bad of FPS

For my money, I like what halo 5 has tried to do, you don’t get a choice of starting weapons (pistol and AR classic) you don’t have any Spartan powers (who else hated armor lock with a passion in Halo 4?) and power weapons spawn in at choice times. Classes feel so uniform and blasé at this point that I just want to see anything else honestly. The biggest offender here is Call of Duty, even though they have made some improvements in the most recent editions the formula feel so stale. Introducing a system of points to be used for each class creation, and the newest addition of specialist helps, but as a good friend once said, “if I don’t get in the first day, and play for hours, I feel like I’m way behind and don’t have the guns and gear I need to play” This disadvantage is not an imagined one, missing access to class customization or the best gun in the game can be a game breaking issue. I often feel like coming back a month or three months or a year later to the modern COD games that I don’t have anything I need unlocked to play. The dude with the thermal sight just killed me and im sitting here with an iron site on the first available assault rifle. Don’t even get me started on how weapon and scope unlocks work in battlefield.

What’s the answer to these problems? Simply, diversity, having several types of shooters. Having a AAA console release of a game that is more like Quake Arena, and less like Call of Duty. Remove the strong melee attacks from every single FPS game, I mean really, its about shooting not stabbing or punching. Add in some gun diversity, one thing Halo is good at, sci-fi guns, and maybe take us to a totally new unique setting. PC gamers have a wide variety of games to choose from both good and bad, why not consoles?

what do you think dear readers? Tweet at @brokenjoysticks and tell us.