This month provides a little bit of the good, the bad, and the downright ugly on the PlayStation Plus Instant Game Collection front, this month, and I’m here to provide you a little insight on what you’re getting, this month, in case you didn’t rush out and get the games already or missed out on them. 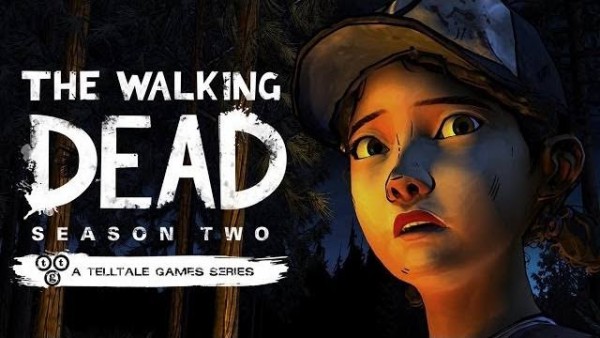 The Walking Dead: Season 2 for PS4

The real shining gem of this month’s PlayStation Plus free games list is the complete second season of the incredible The Walking Dead series by TellTale Games. For those who are new to anything TellTale has made in the last five or so years, The Walking Dead is an episodic point-and-click adventure game that expands on concepts familiar to those fans of the genre back in the 90s and early 2000s. This game plays like a blend between that and a choose-your-own-adventure novel and that kind of gameplay is straight up my alley. Season two is more of the same as season one with the same kind of storytelling and complete disregard for any kind of typical convention or sensitivity.

One of the grandest things about this game is the way it tricks you, constantly, into believing there will be a moment of relief and, honestly, there is none. You’re always going to be faced with hardship, you’re always going to be shocked, you’re always going to be thrown curve balls, you’re best to just not expect anything to happen a certain way at all. We’re still following Clementine in her journey across the hellish wasteland, proving that the Walkers, yet again, may be the least of everyone’s worries, at the end of the day. In spite of the fact that this franchise, as a whole, is not for the feint of heart in any respect – like me, for example, I don’t deal with loss well; I’m still reeling from the prologue chapter of Metal Gear Solid V – it’s possibly one of the best stories told in gaming to date. It feels so very real and human that it’s hard to match that, especially in fantastic circumstances.

If you missed out on getting this one for free I still highly recommend a purchase. This game will change how you look at the genre and how you might think about a lot of things. I still cringe thinking about certain plot points and only Silent Hill has consistently made me spooked or cringe-worthy, so far. 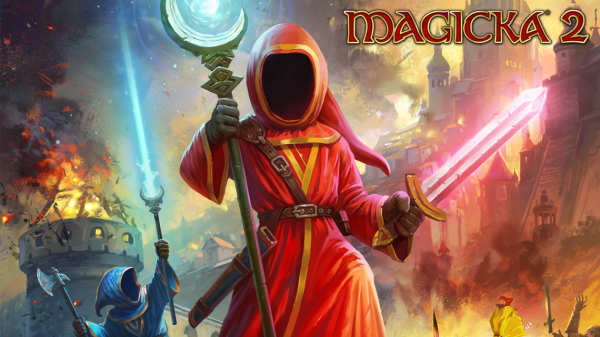 Magicka 2 for the PS4

On the complete polar opposite of a game that’s meant to be totally serious and kind of depressing is Magicka 2 for the PlayStation 4. If you could think of a game that tries to meld Dead Nation gameplay with Diablo like progression while attempting Discworld like humor, you have a good idea what Magicka 2 is like, right off the bat. You’re put in the position of some random mage who’s beset by someone who spends a great deal of time ensuring you they’re not a vampire to save the world. How does one do that, you ask? Well, the solution is rather vague. You set out without any real proper direction or motivation.

The game is simple enough and it’s pretty easy to get into. The spell combinations are actually one of the best parts about this game as you’re allowed to combine eight elements into five channels, allowing for an incredible amount of flexibility when it comes to offense and defense. This is where the game really shines – enemies, traps, and environments really take advantage of this and you have to be careful of what you do and how you play.

Other than that you’re looking at a pretty formulaic clone of Dead Nation with magic. The humor really kind of turned me off and the multiplayer – the skill of the people who I was matched with while playing this for the review was dismal and only added to the frustration level – and interface were also extremely frustrating to work with. A good game to enjoy in spurts but I don’t see myself putting a dedicated amount of time into it. 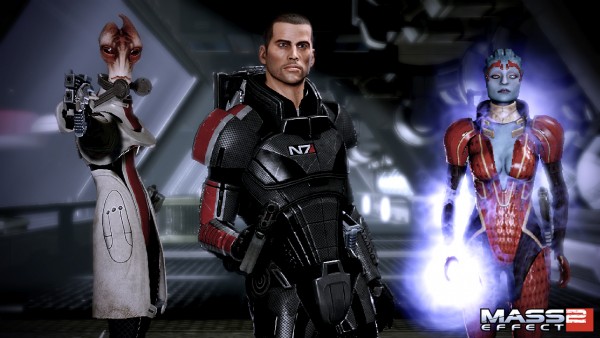 Simply put, if you have not played this game or heard of it by some miracle since the game was released, snatch this up! Seriously. Go out and get PlayStation Plus simply for this game and Walking Dead. I am not kidding you. If you’ve somehow missed the controversy, the humor, the awesome gameplay, and the space politics opera that is Mass Effect and its franchise to this date, this is a perfect way to get yourself started. You play as Shepherd, a self-insertion character that leads his companions along the galaxy in order to stop the Illusive Man and his shady operatives, Cerberus.

This game perfected the tactical cover shooter game with its fluid level design, streamlined combat, and perfectly tuned abilities. The story takes you on a wild ride that culminates with a highly dramatic and intense final encounter that kind of fizzles after the climax and introduces the apparent need for a lack of a true boss battle in the traditional sense of the word. There’s a few minor annoyances but for the awesome price of free with a PlayStation Plus subscription, you cannot turn this down. You would be fool to do so. 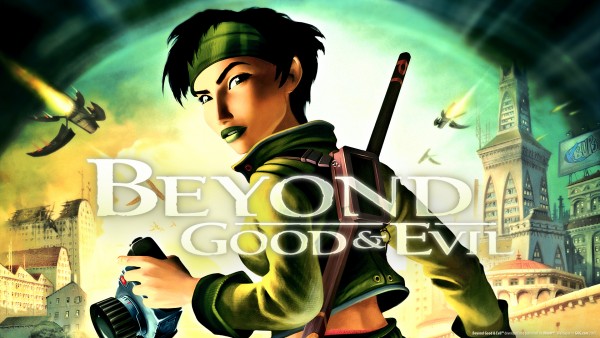 Beyond Good & Evil for the PS3

as a PlayStation 2 Classic

Yet another classic game available for the PlayStation 3 in the form of Beyond Good & Evil ported to the PS3 as a PS2 Classic; this one is yet another serious title from Ubisoft. Taking place in a science fiction type future, you stealth, platform, and tumble your way through to the heart of a conspiracy dealing with alien oppressors and those who have been under their thumb for a very, very long time. While I didn’t get through this game all the way when it first came out, revisiting it was definitely a trip down memory lane and it gave me the chance to complete it for the first time.

You play as Jade as you, through chance and necessity, uncover the truth behind the DomZ, an alien force that has been long oppressing Jade, her friends, and her people. It’s quite a compelling story, all things considered. It is a rather acquired taste as some of the themes explored are quite mature and dark and the ally AI is a tad sketchy at times, being the one reason I had to put the game down when it first came out. I can understand that it may not be everyone’s cup of tea but it’s definitely worth checking out if you haven’t already. 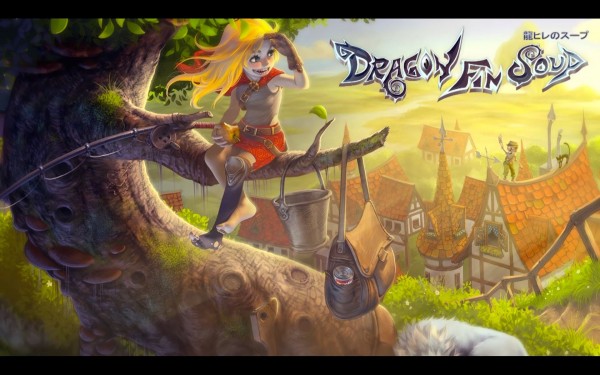 This quirky procedurally generated strategy game comes as a part of Vita’s indie core as it was ported over from the world of Steam games; while the game has a brilliant art style, decent music, and alright writing, the gameplay stands to show its indie roots without hiding it, much. Right from the time you push start to begin the game you really just get a bunch of information that doesn’t seem to have any real value in terms of immersing you: you’re given a fairly shallow backstory, a typical driving motivation, and very little to acclimate you into the gameplay. You’re just kind of there and that’s it.

If I get a game for free I’m always incredibly willing to give it a chance but this game felt as though I was fighting against an obstinate child: there was very little rhyme or reason for things happening and when something bad happened you were just kind of left to wonder about what you need to do in order to solve it. While this might be great for fans of this kind of game, I wasn’t very impressed as someone who does not regular PC titles and I’m not very well-versed with indie titles.

Would I recommend it? Not really. It’s a game who appeals to those who already know of it and have already searched it out. Good on Sony for trying to open up their indie portfolio but this was kind of a cheap shot. 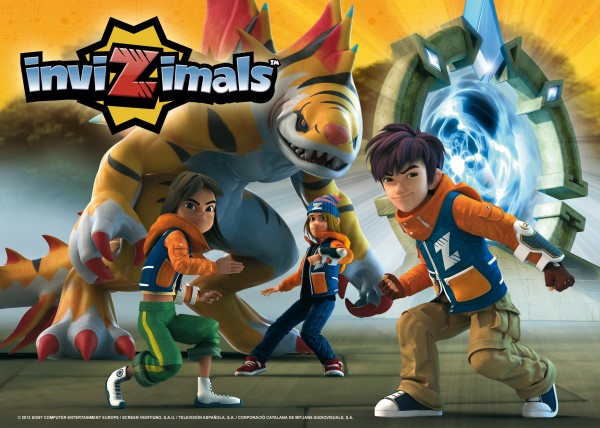 as a PSP Classic

And then there’s this pile of junk. It’s bad enough that there’s still appeal for the whole Monster Rancher and Digimon style of games but the fact that they took one of the poorer ones, ported it to the PSVITA because, I guess, it had a camera – which is probably one of the main reasons it didn’t do so well on the PSP to begin with, here in Canada – and then shoved it in our faces as part of the VITA’s Instant Game Collection just feels like a slap to the face for VITA owners like myself.

Instead of using some kind of rudimentary means to increase your stable of monsters – because, like Pokémon and damn near everything that ripped it off, the purpose of this game is to collect monsters, develop them, and compete with other monster collectors – you need to use the camera, along with cards that act as some kind of trapping mechanism that presents this game as a kind of augmented reality that would be decently tolerable if… you know… you had the cards necessary, which makes this digital release a complete and utter disappointment. I mean, it’s bad enough that the game is just kind of terrible – I wasn’t able to play it myself but I watched plenty of videos – but the game creates a kind of market for kids so that way their parents keep buying in and buying in to keep their kids happy. Don’t get me wrong, that’s well and cool for franchise like Disney Infinity and Skylanders where the end result is something of higher quality but this is just sad… and made worse by the fact that Sony just kind of flopped this out without any supporting material or changes to help compensate for the lack of needed materials and… well…

I wouldn’t wish this on anyone. Honestly, just avoid it, unless you’re already a fan of the storied franchise, have the cards necessary, and want to throw back to the old school, as this is a rather storied franchise with a small core base of fans globally, especially in PAL countries. Otherwise, it’s really just a waste of time.