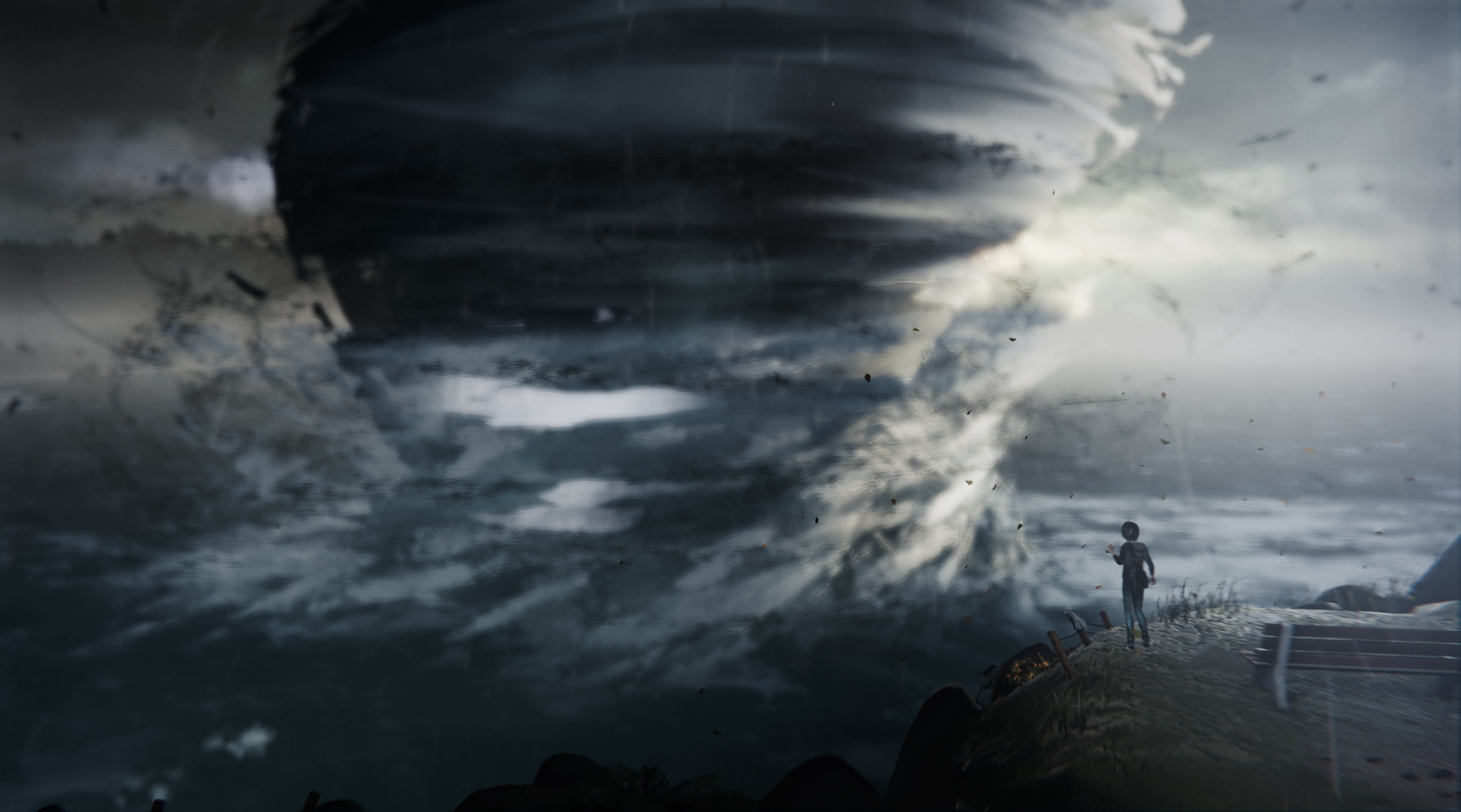 You know, this wasn’t the article I wanted to write. It really wasn’t. Let me get this out of the way: I love Life Is Strange. I love the empathy it shows in giving even most of its villains depth and meaning. I love how most of the time it manages to tap into that inexperience, that imperfection, that unbridled optimism that makes the best kind of teen fiction. I love Max and Chloe’s tender, confused, multi-faceted relationship with each other; and all those things that I love are in here. In fact, some of the best moments of the entire series are nestled amidst this final episode. Little pieces of humanity that represent the very best this series has to offer.

And that’s why the ending is so terrible.

The second half of episode five takes place largely inside what is implied to be Max’ own head, where she is forced to face her greatest fear: Terribly designed mandatory stealth sections. There’s plenty to criticize here, but let’s be honest. The gameplay of Life Is Strange, especially the puzzles that involve the rewind mechanic, have always been clunky. I can get over this bit of below-average gameplay, especially since the environmental design here is really cool. The way it manages to recall some of the scenes from earlier in the game and make them feel both familiar and yet alien, is well done and creative. No, the real ending, and the real problem I have with this episode, starts after Max has made her way through all that.

In one of the last scenes of the game, Max finds herself in a representation of Joyce’s diner. It is filled with the residents of Arcadia Bay who are all blaming her for their deaths. As she walks through the crowd, she finds herself confronted by a mirror image, who accuses her of being selfish. Her motivations weren’t pure, the doppelgänger claims. She only used her power to make people like her more, and in doing so started a chain reaction that destroyed their lives. It is without a doubt meant to be an emotionally devastating scene, forcing both Max and the player to reflect on their action throughout the adventure. They have to face the consequences of their actions now that there is no rewinding, only taking responsibility. This is followed shortly after by the final choice of the game: To either sacrifice Chloe and turn back all the changes Max has made, undoing all of her damage to the timeline but killing her friend in the process, or to sacrifice Arcadia Bay and its residents in exchange for Chloe’s continued existence.

It’s not a bad ending. That is to say, it’s not a bad idea for an ending. However it’s not the ending this game needed. In fact, this ending undermines the entire point of the series. The choice here and what it means is rather obvious: Max has to either commit to her selfishness and accept that saving Chloe quite literally means letting everyone die, or she has to turn everything back, letting Chloe die but in doing so not fuck up the lives of everyone else. The tornado here is a metaphorical butterfly-effect turned literal. It is the result of her actions doing countless things beyond her control, and others suffering for it.

The reason the ending ultimately rings false is that the criticisms thrown at Max are unjustified. They are not backed up by anything that actually happens in the series, and they fundamentally contradict the main focus of the games themselves: Max’ powers allow her empathy. There is an obvious parallel between Max’ passion for photography and her powers, with a lecture in the first episode referring to photography as “framing little pieces of time”. This is fundamentally what Max’ powers allow her to do to capture a moment, and to examine it closely from multiple angles. Her powers allow her to explore not just the possibilities she has, but the people around her. And in doing so, it allows her to see the sympathetic side of people that she would normally just dismiss. This is something that comes back constantly throughout the series. Victoria’s aggression and hate come from a lack of certainty about her own work, coming from a rich family and never knowing whether people actually care about her work and her as a person, or just her money. Nathan is a rapist and a murderer, but he’s also obviously an addict with an unclear mind who is groomed and manipulated by a man far more in control than him. Frank is a drug dealer who doesn’t care what his product is used for or how it damages other people, but he also genuinely cared for Rachel. While he is apathetic about the lives of most, he doesn’t want to hurt anyone. The principal is an obstinate man who protects Nathan from scrutiny until he can no longer avoid it, but he does genuinely seem to care for his students and cannot help being forced into a position where most of the money for his school comes from the parents of one of the greatest threats to his students. The game never pretends these reasons absolve any of these people, but it understands they are humans and have their reasons for doing the things they do, and through her powers Max is able to understand these reasons as well and use that to find the best solution. Max’ power is fundamentally one that creates empathy and understanding, and it’s this empathy and understanding that guides the decisions Max makes. 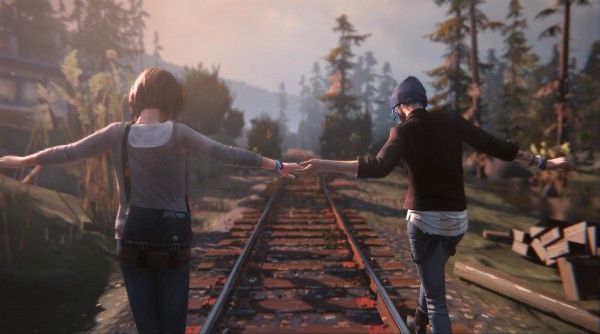 This butterfly effect that is implied to exist in this final episode is never shown before with the exception of the plotline focused on saving William and unintentionally crippling Chloe, a mistake which she changes back after realizing what she had done, none of the changes she makes seem to negatively impact those around her. Max talking Kate off the roof doesn’t lead to someone else’s death further off the road, but her powers allow her the understanding she needs to save a friend. Her guiding the conversation between Chloe and Frank, not allowing either to get hurt, doesn’t lead to more suffering for others. What it does do is allow two people who hate each other, despite caring for all the same things, to not hurt each other out of misunderstanding. There is not a single instance in the series where Max uses her powers for anything other than the benefit of others, and while a lot of suffering and death occurs during her investigation, these are all the result of processes that were already ongoing before she gained her powers. Nathan would have died even if Max had never entered the fray, because the life he took, which sealed his fate, was taken long before Max even got her powers. Jefferson was kidnapping students long before Max came to Arcadia Bay and he would have taken Victoria even if Max hadn’t gotten involved. Not a single one of the bad things that happen in the story are Max’ fault, even unintentionally.

Max gets her last name from Holden Caulfield, the protagonist of the famous fifties novel Catcher in the Rye who has become an icon for teenage rebellion. Back when episode one just came out, I expressed my disapproval over this naming choice (https://storify.com/Serrayak/caufield), and for me this ending proved me right in the worst way possible. The ending of Catcher in the Rye is a lot like that of Life Is Strange. Throughout most of the book, we follow Holden as he wanders his way through New York cussing everybody out in his head. Unlike Max, Holden is a deeply bitter character. That is not to say he is not empathetic, he clearly has his own issues, but unlike Max he is a character that is apathetic to the fates of most of the people around him. When the ending rolls around he is about to run away from home, when he is suddenly joined by his little sister who desperately wants to come with him. She is perhaps the only person Holden loves without reservation, and here she stands after she ran away from home because of what he did. His actions directly brought into danger the person that he cared for most, and in the end he is forced to give up on running away because he has to explain to his ten-year-old sister just what a goddamn stupid idea that is. It is him having to acknowledge the damage he did, however unintended it was, and having to make a choice to stop being a negative influence on the people he cares for.

Life Is Strange doesn’t have that. The “mistake” that hits Max in the face is the tornado. If there had been a person who had confronted her, whom she had already damaged, this ending would make sense. But the truth is this person doesn’t exist. Self-reflection is one of the most powerful things in all of art, but it has to ring true. Otherwise we end up with….Well, this. You know what the worst part is? The ending still works to a point just because of how goddamn good the rest of the game is. Stripping away the part about personal responsibility we are left between choosing to save either one person or a town, and the fact that this is actually a difficult choice is a testament to how amazing a character Chloe is and how much I had personally grown attached to her throughout the series.

In the end, when all was said and done and my story was over, I watched Chloe and Max drive through the ruins of Arcadia Bay. It might not have been a great ending, but it had been a great ride. Life Is Strange has easily made it onto my favorite games of all times list. Its wit, charm, and above all its warmth and empathy makes it a game that, despite its ending, I can heartily recommend to anyone who hasn’t played it yet. And as I watched that pick-up truck drive towards L.A, I was content with the choice I made. Because I knew that despite the game insisting otherwise, none of this was my fault.