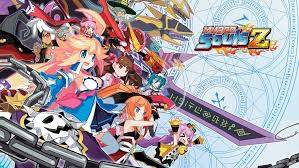 Mugen Souls Z the sequel to Idea Factory International’s 2012 turn based RPG is heading to Windows PC next week thanks to publisher Ghostlight. To celebrate the game’s release Ghostlight will be discounting all of the game’s previously console-only DLC and the game itself by 40% – pricing Mugen Souls Z at $19.99 USD during the week of October 22nd!

Mugen Souls Z tells the tale of a universe with seven inter-connected colorful worlds each with their own individual culture and aesthetic. With a ton of customization options, collectibles and levels to gain it seems like there will always be something to do.

Expansive worlds to explore: Travel freely on each world to explore and find treasures and items. Monsters are roaming the lands, so be cautious or fight them head-on and make them your subservient peons!

Free-roaming style battle maps: Use Combo attacks to execute spectacular moves with your allies! Destroy Crystals on the battlefield to activate Hyper mode!

Moe Kill: Execute the Moe Kill technique to enslave enemies and turn them into items by exploiting their weaknesses!

Duel in Dual Audio: Experience the game in either Japanese or English audio.