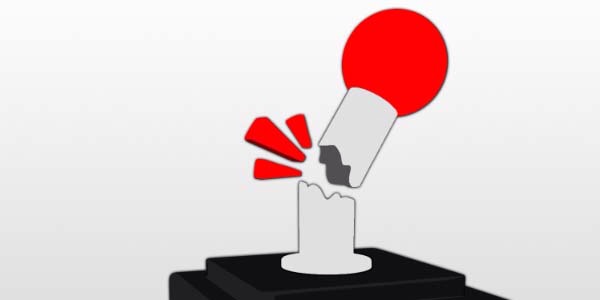 Konami’s announcement yesterday that they will sell all sorts of DLC for Metal Gear online got me to thinking, are the DLC wars over? It would seem that DLC has firmly won the war against free content, but one or two franchises seem to hold out.

Once upon a time in a land before the internet was widespread and when most players were getting their games out of boxes, a company called Blizzard decided to try a new concept for their games. They published a game (in this case StarCraft) and a year later published an expansion pack (the much-loved Broodwar). At the time this was fairly un-common, Broodwar didn’t run without you already owning the main game and though it cost less it was a dedicated expansion that came with its own campaign and new units. Now let’s fast forward to 2015 and the much hyped release of Destiny, The game. The game comes, out it is incomplete, its story is chopped to ribbons, and its gameplay seemingly cut down from what had been expected before. No one knows the full story but a year later a major expansion was released in the form of the Destny: the Taken King and for the low low price of 60$USD (yes that’s the same price as the base game). With its release gamers finally go the answer to what the heck happened to Destiny, its content was chopped and put in to DLC. This comes after Bungie already released two 20$ expansions for the game, meaning if you bought the whole game and all of its DLC it would cost you well over 100$. That’s just to play the story as it was originally intended.

A second horrible example is the recent release of the latest Metal Gear game. It seemed to be free of this taint of pay-for-play games, but not even Kojimas master works are safe in 2015. On Tuesday it was announced that Metal Gear Online the multiplayer part of the game would feature extensive micro-transactions. These are set to include a type of insurance service which will cover players bases from being attacked. This is officially the lowest of the low, and reeks of mobile gaming tactics. The kicked with the system is that it seems to be a one off item,

So what’s the difference between these two crap examples and say StarCraft Broodwar? Content and how it’s delivered. We live in a digital age, disks are dead, long live the large download and the storage headache that comes with it. As games have expanded so two have consumer’s wants, and it just all doesn’t fit anymore. The gaming industry is well known for its tight nonrealistic deadlines,  has come to the point where (at least in AAA gaming) shipping the game on time is more important than the game being finished! Recently this has shown up in DOZENS of AAA titles. Literally just this week, tony hawk shipped so broken as to almost not be playable. ITS 2015 THIS SHOULD NOT HAPPEN.  Add in to that the healthy economy of if we can sell the game twice why not do it? That seems to be the prevalent wisdom of the day.

I maintain some hope, Recently two large announcements that seem to fight the conventional wisdom of the day came across my social media. CD Projekt RED the company behind the game series the Witcher, and the distribution platform and website GoG. All of their products are DRM free (nothing to sign in to etc) and they offer any DLC content that may come up at a later date for free. Even more a win for the side of non-dlc is the recent announcement from 343 studios (Halo 4) that all DLC for Halo 5 will be free. The announcement comes at the same time when so many companies are double, and triple dipping on content, requiring people to buy the DLC content to even play the game. It’s a refreshing way of doing business, and leaves me with the hope that someday I won’t have to but the game I like 4 times before I can play it.

So, begun the DLC wars have, or perhaps continue they do.  Either way, every time I think that I see the end of the road for free content someone comes up out the ashes of DLC and renews my faith in gaming companies.  My most fervent hope is that this continues and that the trend of DLC and re-selling games starts to wane, and end the trend of have and have nots.