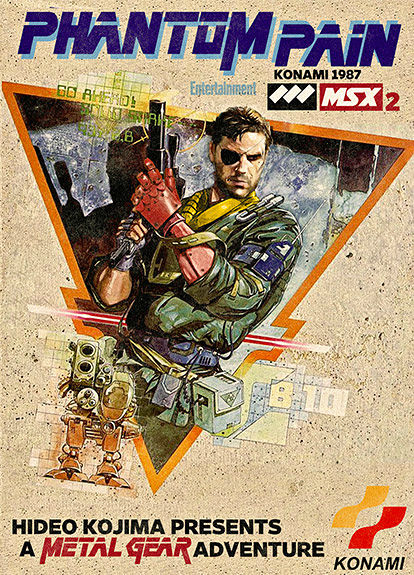 Did you see IGN’s cheese fest of what Metal Gear Solid V: The Phantom Pain would look like if it were done using clips of pre-existing 80s movies? Did you like it? No, me neither. Yes, we get it, Solid Snake was based on the main protagonist of Escape from L.A. Kojima pulled a lot of influence from old-school action movies that he liked. Anyone who’s a big fan of Metal Gear is pretty familiar with that.

There’s someone out there, though, in YouTube land that pulled it off properly by making it look like a trailer straight out of the beginning of another movie’s VHS tape. It’s pretty grand, you should definitely check it out:

What does everyone think? I, for one, as someone who grew up in the eighties, love it. It’s a funny throwback to the era that the game takes place in.