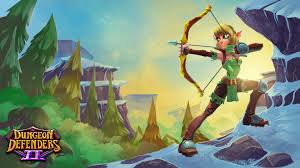 Dungeon Defenders 2 is a game that combines the strategy of a tower defense and the elements of an action RPG. As a sequel to the 2010 original Dungeon Defenders DD2 has been in Steam early access for some time. Our staff writer Focks got a chance to spend about ten hours with the game. Here are some of her thoughts on her first few hours, Dungeon Defenders II’s game modes and gameplay mechanics.

The first time you play you have to select one of four heroes to start with. Each class has its own unique towers and abilities. There is a Short cinematic which tells the story of the game. There is then a short tutorial level that tells you about the skills you start with and how to build, repair, upgrade and sell structures. After this you are taken to the tavern which serves as the main hub of the game where you can buy items. You have to play a few hours to unlock most of the vendors in the hub. The tavern at first contains a mailbox, a few npcs that and a map where you select missions.

When you start a mission you get an unlimited amount of time to prepare your defenses. There are chests around the map that give you green crystals that you spend to build towers. Enemies also drop these crystals along with mana crystals and sometimes gold; the amount dropped depends on how strong the enemy is. You are shown the paths that the enemies will take; all the paths contain a different amount and type. After a mission close to the end of the campaign, all paths will give magic resist or physical resist to enemies that come out of it.  On the final wave of any map there is a boss; the boss will become a normal enemy after that map in the campaign.

The game has items that give your character stats. Some examples are Defense power, Hero health, Hero magic resist… Stats that will improve your chances of success. Skill Spheres are unlocked partway through the campaign; these also improve stats. You unlock more slots as you level up. Character slots unlock as you level up as well. The game also has iPWR which is similar to iLevel in an MMORPG, areas have a suggested iPWR and you should be in that range to play that map.

After the final campaign mission you unlock pets that help you on missions. Beating the campaign also unlocks monthly and daily missions. 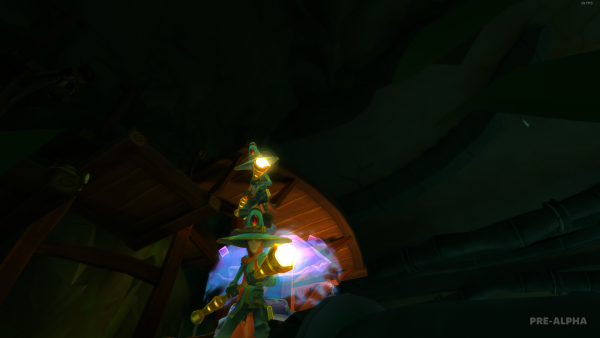 Here is a quick rundown of all of the different game modes included in the current Early Access version of Dungeon Defenders 2:

Campaign tells the story of the game and is necessary to unlock other game modes and new vendors in the tavern. The campaign is short, only 13 levels. The levels add more mechanics and enemies as you get further into it.

Free Play allows you to play 5 missions daily and get bonus xp from them. Each mission is 7 waves with a boss halfway through and at the end of the map.

Incursion is currently one map with 7 waves of a large number of tough enemies.

Onslaught is endless waves of monsters that rewards you with treasure. When a map starts you are given a choice of what treasure you want such as: weapons, armor, pets, currency… 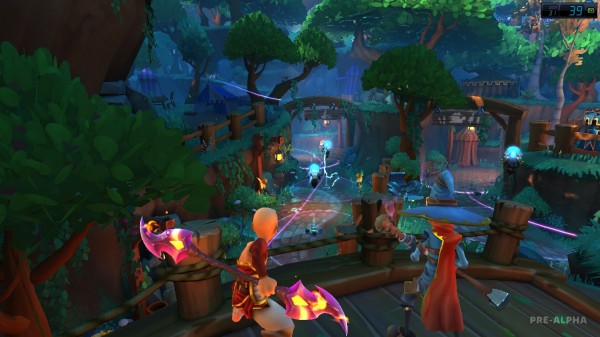 Overall the game seems to be well balanced and almost completely bug free. It’s definitely a game that is more fun when you play with friends. You can switch characters except during a wave in game, The skill spheres are a nice idea and the daily and monthly quests are good. The cartoony graphics are another positive for this game. The inventory has auto collect which will pick up as many items as it can fit that are not picked up when the game ends. The idea of Onslaught is

Evolving a pet takes a decent amount of time and gold, the campaign missions with the exploding monsters as a boss are slightly annoying and the apprentice’s tornado can go through the barriers that block your attacks where the monsters spawn.  All of my complaints for this are not enough to make me dislike the game.