NIS America brings the fifth entry in the long running Disgaea series to the west with the upcoming release of Disgaea 5: Alliance of Vengeance exclusively for the PlayStation 4. Nippon Ichi software tries to shake combat up a bit with the inclusion of a “revenge” system as well as the addition of Netherworld travel. Should you recruit this game into your PS4 library or avoid it like an oncoming Prinny explosion? Read on for our full verdict.

The story of Disgaea 5: Alliance of Vegeanc centers on an overlord known as Void Dark and how his Lost Army forces have conquered over 1/3rd of the Netherworlds. As Void Dark has been conquering other realms he’s been enslaving the creatures that he has found within them. You’ll control Killia, a male demon who comes across Seraphina a female overlord who has who luckily has her own pocket demission that will serve as the pair’s base of operations while they build their rebellion against Void Dark. 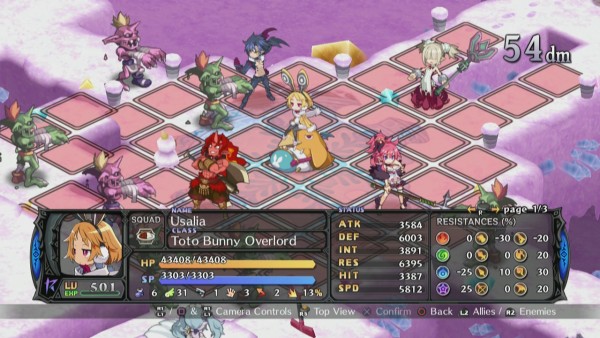 Once you’ve established yourself in the pocket dimension you are able to use Seraphina’s recruiter to gather new warriors for your cause. Killia and Seraphina aren’t going to be able to take down Void Dark by themselves and this is where the recruitment of other Netherworld beings becomes important. Your recruiter has access to a seemingly infinite amount of Netherworlds and can recruit you a minion based upon your various specifications. You’ll be able to select your new recruits’ classes – from among over a dozen including tank like warriors, mages, clerics, fighters, magicians and more. You can even select the color of the clothes your recruits will be wearing and if you have enough of the in-game currency the recruiter will bump their skill level for enough coin. With all of this combined it makes the recruitment systems one of the most attractive features of Disgaea 5, allowing you to build the perfect party!

Like the other games in the Disgaea series this is a predominantly 2D affair featuring detailed character portraits during cut scenes and dialogue sections, while expressive chibi-style sprites adorn the various battle locations during combat missions. With that being said I wouldn’t blame you if you thought that Disgaea 5: Alliance of Vengeance was running on older hardware and not the 8th generation PlayStation 4. It is clear the art assets have been created to maintain the visual identity of the franchise but that also means there is little to distinguish D5 from its siblings. Despite debuting on a new generation of hardware Alliance of Vengeance doesn’t really seem to take advantage of the additional horsepower afforded to it and this feels like a lost opportunity. 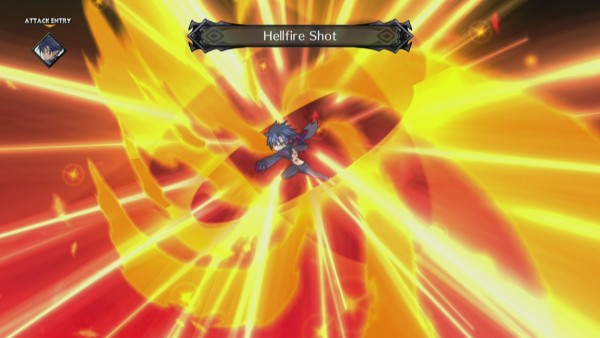 As you progress through the game you unlock different Netherworlds to battle over, Blood Parch is the first one you can go to in chapter 1 as you get further in the game you unlock places like Spirit Interment, Poisondise, Demunshroom and more, when you get near the end of chapter 3 you unlock the Item world, which allows you to upgrade your weapon while fighting through floors of enemies, the higher the level item the higher the level of the mobs inside.

So with the fate of every known Netherworld in existence hanging in the balance how are you and your rebellion army going to save the day? With the power of grid based combat, of course! Like other games in the franchise Alliance of Vengeance is a turned based strategy roleplaying game with an isometric perspective.  As the controller of Killia & Seraphina’s forces you’ll command each of your units to move around the map, perform basic attacks, and defend as well as other common SRPG commands. You’ve inputted all of your commands for party your enemy will get the chance to attack. This being a Disgaea title you’re not limited to just basic commands and special attacks there are a number of things that set this game apart – like the inclusion of the brand new Revenge System. When your party members take damage their Revenge Meter will build up ultimately allowing them to cast any of their special abilities for only one SP! This can certainly turn the tides of battle and is effective game changer. Like other Disgaea games there is a lot of nuance to the battle system and thinking one or two moves ahead of your enemies is absolutely necessary later on in the game or you’ll be defeated for sure. And hey if you fail to see what’s coming a few moves ahead you can always have one of your characters literally pick up one of the Prinnys and throw them at your enemies causing them to explode!

In the end Disgaea 5: Alliance of Vengeance is probably the most solid entry in the franchise to date and is easy to recommend for returning players as well as newcomers alike. If you are looking for a rich Strategy RPG experience that will keep you thinking and allows you to grind away hours until you reach LVL 9999 Alliance of Vengeance is the game for you. Despite not utilizing all of the processing power available to it in the visual department, which we suspect to maintain a franchise identity, Disgaea V delivers a memorable experience that will reward players who stick with it. If you are an anime fan you’ll appreciate the excellent English language voice work, a bad 90s dub this is not! Grab your closest demon friends and get ready to fight evil when Disgaea 5: Alliance of Vengence launches on October 6th!

A review copy of Disgaea 5: Alliance of Vengeance was provided by  ahead of release for the PlayStation 4 Computer Entertainment System. Our reviewers spent a combined 30 hours with the title before reviewing it.