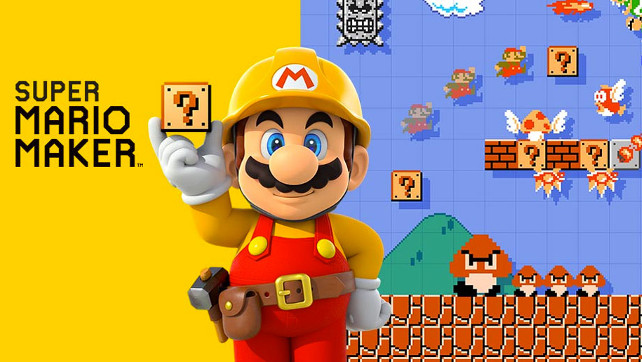 Super Mario Maker – The Mario experience of your dreams is here and it’s bursting with creativity … including yours. Play a near-infinite number of inventive Mario courses from Nintendo and players around the world. Or even make your own levels on the Wii U GamePad controller. What was impossible in past Mario games is now impossibly fun. Let your imagination run wild. The Super Mario Maker game is available exclusively for the Wii U console on the 11th of September.

TECMO BOWL – Match your gridiron skills against the computer or another human player in this popular football game from the NES console. From the snap, control of every pass, run and tackle is in your hands. The player can select from 12 teams. Choose from two run plays and two pass plays on offense. Defense consists of trying to guess which offensive play the opponent will select and then taking control of one of the defensive players before the snap. A simple power-meter system is used for kicking field goals, extra points and punts.​

Hatsune Miku: Project Mirai DX – The best things come in small packages. Join the Miku phenomenon by expressing yourself through fun creative tools, sharing your cute customizations and experiencing some of the best music from the world’s favorite digital diva. Hatsune Miku: Project Mirai DX is available now in the Nintendo eShop on Nintendo 3DS. Click here to watch a trailer for the game.