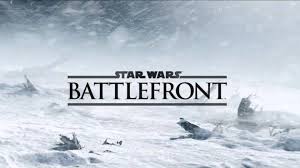 Over the weekend Electronic Arts revealed the first in-engine trailer for their upcoming reboot of the Star Wars: Battlefront series during the annual Star Wars Celebration in Anaheim California. If you were expecting a gameplay trailer you might be a little disappointed as the trailer released by EA is full of up-close shots of in-engine assets and cinematic cuts. There is no doubt that the trailer is absolutely gorgeous and action packed but the looming question is of course ‘does it represent the final game?’ with no gameplay footage available that is a question we don’t have the answer to right now.

EA did reveal some details about the game when demoing it to the press. Here is a brief rundown:

Star Wars: Battlefront will be available on November 17th on PlayStation 4, Xbox One and Windows PC. Check out the trailer below for a glimpse at the game’s engine in action.