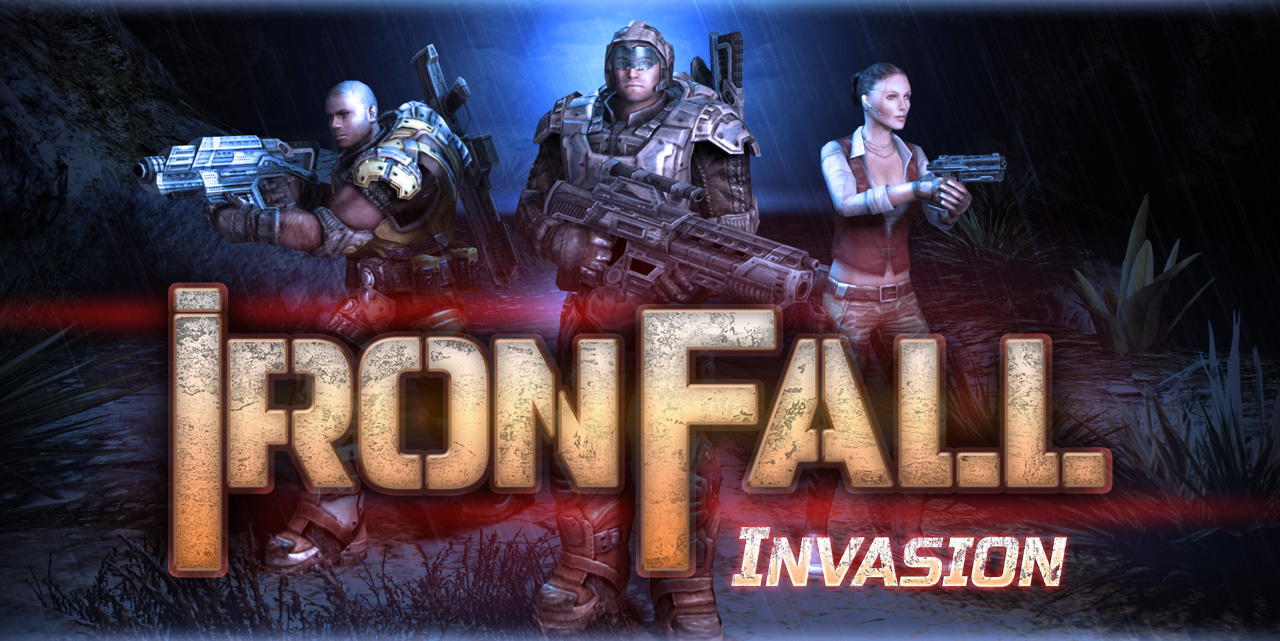 On Thursday, a three-year project by three talented indie developers is set to be unveiled exclusively on Nintendo eShop for Nintendo 3DS. IronFall: Invasion brings an energy-fuelled, 60 frames per second, third-person action experience to 3DS owners. And to top it off, some free content will be available from launch for players to try out the game.

the first option is campaign, which features 11 single-player levels, as well as 78 additional challenges that are unlocked as you progress through your overall mission to liberate Earth.

Multiplayer, the second option, allows for up to six players to face-off in local and online multiplayer scenarios. The package comes with 6 different arenas, classic modes from “3 vs. 3” to “free-for-all”, and even the ability to bet in-game credits, which are tied to a player’s XP and rank, on your chances of winning a match. On top of this, a Survivor mode gives you the chance to train solo and hone your skills against CPU-controlled opponents within a variety of time-based scenarios.

Selling the game in two parts, or as a whole, is actually a great idea!

The costs for the modes in North America aren’t known yet, though in Europe each half of the came was priced at €9.99 with the whole game coming in at €19.98.

Here’s a the story setup for the game:

At a time when Earth has been invaded by an alien horde, IronFall Invasion pits you in the military boots of a courageous resistance movement fighting to reclaim the planet from the clutches of the Dyxides. The action will take players across the globe, with intense battles raging across urban landscapes, underground laboratories, vast canyons, and even inside a volcano, with the constant need to find cover in the environments and keep an eye on your heart rate – if the latter exceeds 200, your fight is over.

For those with a regular Nintendo 3DS, the touch screen is your key battle instrument, with the ability to aim at enemies using the stylus, while also enabling you to perform other actions like reloading weapons or dropping into cover. Meanwhile, for players with New Nintendo 3DS XL, the system’s C Stick allows for quick and precise aiming when targeting enemies in the heat of a stand-off.

The game has been developed exclusively for Nintendo 3DS by independent developer VD-DEV. It has been rated T for Teen by the ESRB and will hit the Nintendo 3DS eShop in North America on Thursday!