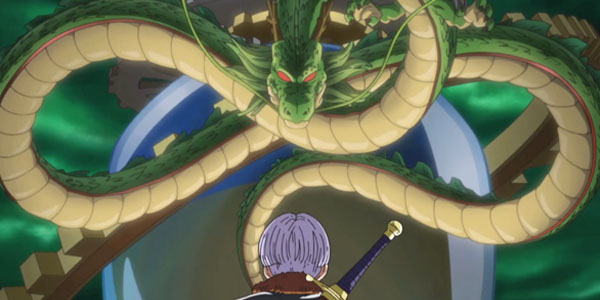 With just over two weeks away, it’s almost time for Namco Bandai’s North American release of Dragon Ball XenoVerse. In this title, Time Patrol Trunks uses the power of Shenron to summon a new hero into the world of Dragon Ball. The awesome thing about this game is, that hero is one you create! Your mission is to restore the Dragon Ball timeline to it’s original state.

Let alone the idea of fans being able to craft original characters into the game is awesome, but it seems there’s even an online component as well. Being able to choose from five different races and many customization and clothing options is awesome on it’s own, but you can take your hero out into the online world to battle with other gamers characters as well!

There are side missions you can play online, which it sounds like you’ll be able to play co-op. Combat itself can get up to 3 vs 3 battles. On top of all this, the main hub of the game is called Toki-Toki City which acts as an MMO like town to obtain both story and side quests from. From footage we’ve seen it seems to be an online connected world that allows you to see other players. Even in offline mode the game will be populated by custom characters in Toki-Toki City that you’ll be able to hire as helpers it seems.

It’s really cool to see that there are RPG elements to the game, allowing you to level up. We’ll be covering more about that in the coming days.

Dragon Ball XenoVerse will be available on February 24th for PS4, PS3, Xbox One, Xbox 360 and PC via Steam!