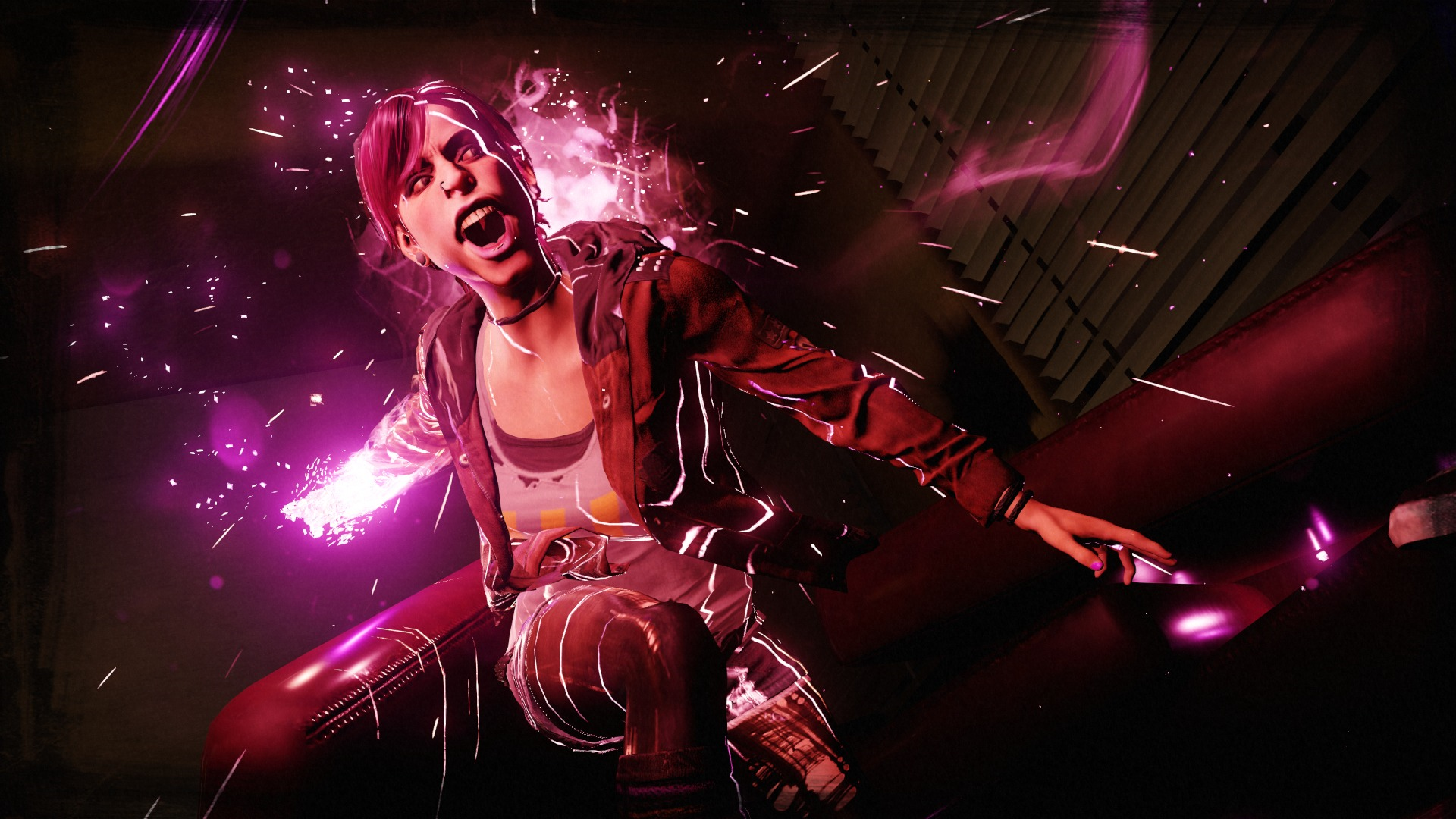 It’s a brand new year and more importantly a brand new month and that means a whole crop of new PlayStation Plus games to try out. InFamous, one of Sony’s premiere first party franchises makes the jump to the instant game collection with a gratis copy of Infamous: First Light. That’s not all Sony has in store, read on to find out what other surprises await PlayStation 3 and PS Vita owners.

Plays as “Fetch” in this stand-alone prequel to last year’s Infamous: Second Son. Learning to harness her powers over the element of neon Fetch’s journey begins with a prison break from an corrections facility for the super powered. Her abilities enable her to warp around the map at insane speeds and cluster enemies together in mid air. Sure the map might not be as large as Second Son’s Seattle but if you own a PlayStation 4 this will sure whet your appetite for open world games.

Curve Studio’s The Swapper is a puzzle-platformer that has won a number of rewards since its release last year. One of the unique gameplay elements of The Swapper is the ability to create and control up to four clones of yourself in order to find new routes and power-ups. Can you survive long enough to make it a stranded space station? The only way to find out is to play this critically acclaimed metroidvania style platformer for yourself. If you are into science fiction this is a must play!

Sing along with me if you know the words, “DUCK TALES… WOOOHOOO”. If your an early 90s kid like me this theme song was likely burned into your memory every Saturday morning and now you can relive the NES adventures of Scrooge McDuck in this PS3 remake. Featuring some pretty fantastic 2.5D visuals and voice performances from surviving members of the animated series’ voice cast this is a nostalgia for anyone that joined Huey, Duey and Louie over two decades ago.

Radical Entertainment’s sequel to the original 2009’s [Prototype] didn’t exactly set the world on fire when it was released two years ago. Set 14 months after the original game the game follows Sergeant James Heller as he chases down original protagonist Alex Mercer for the murder of Heller’s wife and daughter.  The developers behind this series has been oddly silent since Prototype 2’s release, but if you’re looking for some open world action then maybe Prototype 2 might fight the bill.

Duke Nukem: The Megaton collection packs together the original mid-90s FPS with all of its expansions into one package. If there’s one franchise that probably should have been left in the 90’s it’s Duke Nukem, and honestly I don’t know why anyone would actually want to relive these games. If dated mechanics, even more dated cultural references and outright misogynistic humor are your thing The Megaton collection is available free of charge this month. Honestly the space it takes up on your memory card is better reserved for anything else!