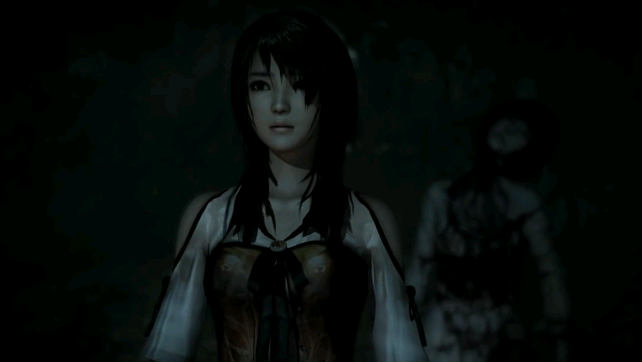 The latest Fatal Frame game, which goes by the title Zero: Nuregarasu no Miko in Japan, was just released in Japan yesterday. The game is developed by Tecmo Koei and is exclusive to the Wii U. The English name for the game is Fatal Frame: Oracle of the Sodden Raven, though there hasn’t been any announcement of a North American release.

The game details were first announced on April 24th, 2014 by Koei Tecmo.

The concept of the game comes from Japanese-style horror which revolves around Japanese buildings, using cameras, and the fear of “getting wet”. The game takes place in a big environment involving mountains, lakes and graveyards. According to the game producer, Keisuke Kikuchi, there will be many damp areas and quite scary figures, like traditional Japanese ghost girls who appear completely drenched in water.

The game utilises engine technology from Dead or Alive 5, which you can see in the below video. Remember the term “jiggle physics?”

The Wii U GamePad will have a camera feature that shows things that you normally can’t see with your eyes, and it will also be used as some sort of weapon that can be used while facing enemies.

One interesting thing to note is that while the game hasn’t been announced for a western release, just like the previous Wii exclusive fourth game in the series, there is speculation that this latest game may make the leap. The developers recently hosted a live stream of the game which was translated into English. Also the English name for the game is actually a unique name, and not merely a translation of the Japanese game.

So will this game make it to North America? Take a look at the video below and decide for yourself. I personally hope it does!