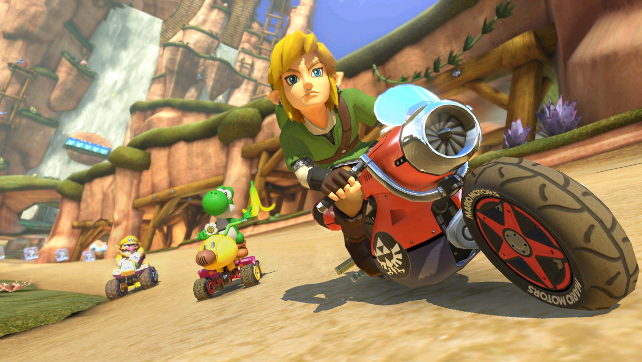 Two new downloadable content packs coming to Mario Kart 8, which launch this fall and in spring of 2015, and are available for advance purchase starting August 27th at $7.99 each (or $11.99 for both). Included in the packs are crossover characters like Link from The Legend of Zelda franchise and both Isabelle and the Villager from the Animal Crossing series.

“More than 1 million Wii U owners in the United States alone are already enjoying the fun of Mario Kart 8,” said Scott Moffitt, Nintendo of America’s executive vice president of Sales & Marketing. “Mario Kart 8 already includes the largest number of characters, karts and options of any Mario Kart game to date, and these amazing expansion packs give players even more choices.”

Each pack will contain two new cups, each with four courses, which, in total, increases the number of currently available courses by 50 percent. The DLC packs include classic courses like Wario’s Gold Mine from Mario Kart Wii, as well as new courses, some taking place in the worlds of The Legend of Zelda and Animal Crossing. New vehicles will also arrive with each pack, including the Blue Falcon kart representing the F-Zero franchise in the first DLC pack.

The DLC packs are scheduled to include the following: 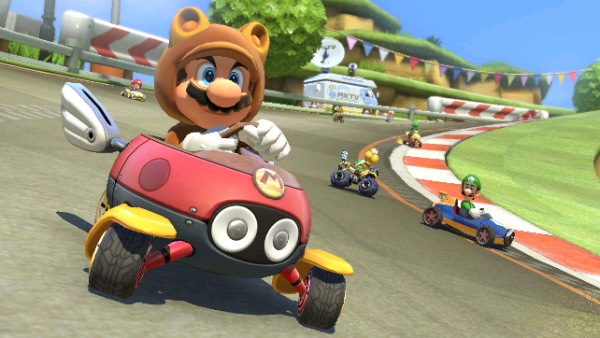