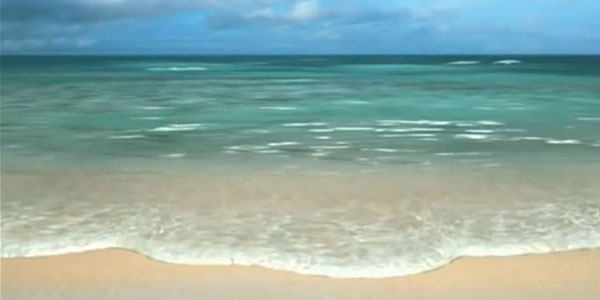 Bare with me here since it’s been a lifetime since I played Final Fantasy 8 but a friend of mine got me reading into some theories about the games story and ending recently. My confusion comes from the fact that no one seems to usually talk about how I perceived the ending of the game. I think out of everything I’ve seen one YouTube video that actually dealt with my perception.
Spoilers are ahead of course! So join in and tell me what you think.

To begin with, as far as I know my understanding is the generic way the games ending was meant to be viewed. Don’t get me wrong, I’m not saying the ending I’m writing about is the only interpretation of the game. Just that I assume everyone understood this as the vanilla ending the first time they beat the game and then began building theories out of it.

Again, my history of FF8 is sketchy, but the ending seems to imply a time loop of sorts if you take the storyline as literal. When Squall and friends defeat Ultimecia and travel through time in the end, they end up separated. Squall is sent to his past where he sees Edea, the first sorceress you confront at the end of disk one. She does seem to be a sorceress here and a dying Ultimecia shows up with them. Ultimecia must pass on her power in able to pass away peacefully, so Edea takes it upon herself. In turn this almost makes the entire story like a loop. 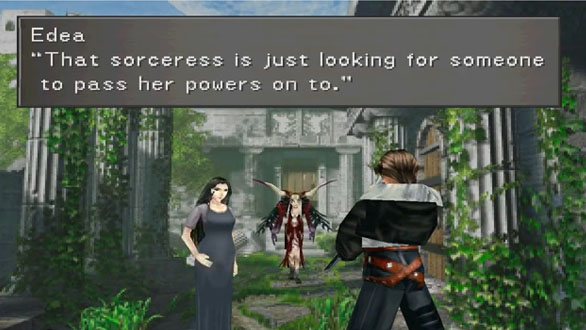 Does this mean that if Squall and friends had never set out on their quest, they would have never defeated Ultimecia and powered up Edea further? Or was FF8 the first time through and all of the time line was altered due to Edea taking on Ultimecia’s power and becoming even stronger. It’s like the end of the game creates a new game plus mode of it’s own design, even though there wasn’t one in the game.

This is the generic ending everyone saw in Final Fantasy 8, correct? I’m just confused since it seems the alternate theories are so much more widely accepted. Not to say any of them are wrong, but the Squall dying since disk one’s ending for example. It is seen that the ending cinematic is Squall’s mind finally breaking down as he passes away. However to me, there are rewinding sounds and such, it sounds like something you’d do for a time travel story, which is what the literal sense seems to imply. I didn’t make the game, so I don’t claim to know which is right, that’s just how I feel. 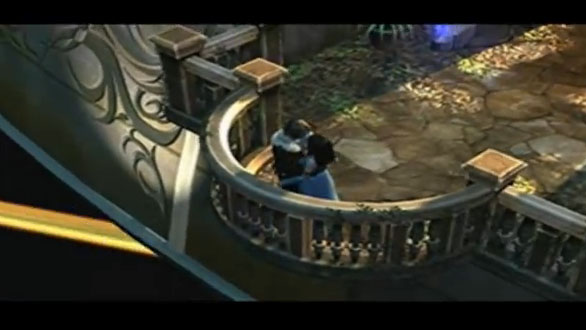 Also, at the very end we see Squall and Rinoa on a balcony of Balamb Garden. Didn’t Balamb crash during the game? Wouldn’t this further support the time travel storyline being real and it’s like those two are back together again at the start of the game? 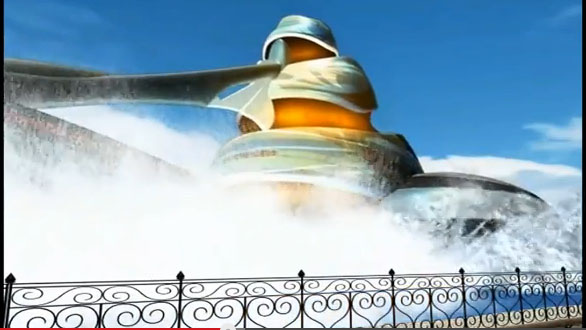 I don’t deny that some of the theories have merit as well however. In the theory that Squall dies at the end of disk one and the rest of the game is all a dream, there are some very interesting supporting concepts of this. Including the shift in character development in some cases. However, they also went through a very traumatic event trying to stop Edea too.

For me, Final Fantasy 8 will always be a time loop that perhaps wouldn’t have been so catastrophic if Squall and friends hadn’t played their part in time travelling history. The potential to learn that their actions caused Edea to be as powerful as she was or even worse, made her more powerful, are a very compelling storyline to me. That and it doesn’t help that I came to this conclusion back when the game was first released. So I’ve had this notion in mind all these years.

Lastly, again my memory is hazy here, but Squall mentions at the end that SeeD and Garden were both Edea’s ideas. Did Edea create the SeeD’s to keep her powers in check? I’m unsure of all this, but what about you? Does it make sense that Edea knew what would happen? 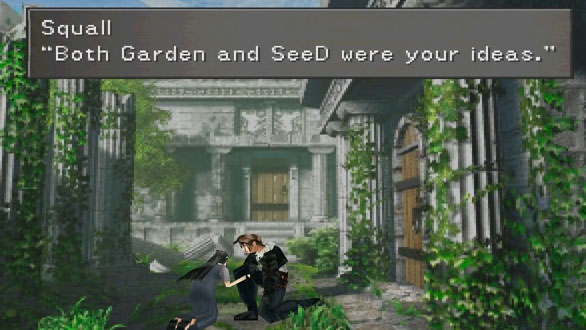 For more, you should do a search for the Squall is dead theory or the Rinoa is Ultimecia theory. Both are interesting concepts and valid interpretations of the game.