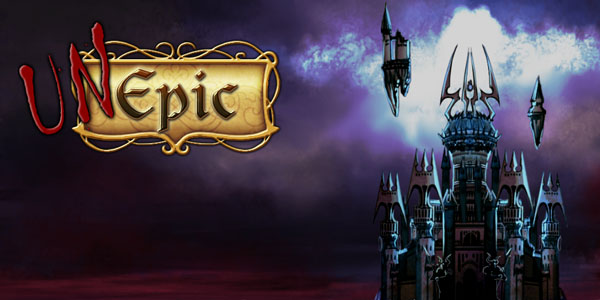 If you’re a fan of Metroidvania titles, you know, games like Castlevania: Symphony of the Night for example, UnEpic is a wonderful exploration title you’ll probably enjoy very much! I’ve already gushed a little bit about the game before, but there is a lot more to be said about the game itself. Available both on Steam and on the Wii-U eShop, I took a look at the console release that is available thanks to EnjoyUp publishing the title on Nintendo’s latest system. The best part that I’ve already noted is how much UnEpic feels like you’re living a comedic RPG web comic.

The games story features your hero going to the bathroom during a pen and paper role playing game session and ending up awakening in a strange castle somewhere! Being a modern day hero, there is lots of comedy between him and Zera, a shadow being trapped within his body after a failed possession. Zera would like nothing more than to lead our hero to his doom, since that will free him from being stuck with him. The two often have great conversations and it’s up to you to decide if he’s currently lying to get the hero to an early grave, or if he’s having a moment of being helpful for whatever reason.

This banter really helps make the flow of the game entertaining. UnEpic is a quite lengthy title, with at least sixteen and a half hours noted by HowLongToBeat.com if you’re doing everything the game has to offer. Quite often you’ll find characters to talk to, quests to pick up, and conversations with Zera popping up. The mild annoyance I’ve seen recently however is some conversations seem to skip. I’d heard of censorship on the Wii-U version and this could be because of that, but the spots it skips do seem rather odd at times for it to be offensive content. Hopefully it’s just a glitch with the recent patch. So far I haven’t missed any important information at least that couldn’t be figured out easily. Of course even in just voicing this disappointment, I’m showing just how much quality there is in the dialogue. You do want to read it. 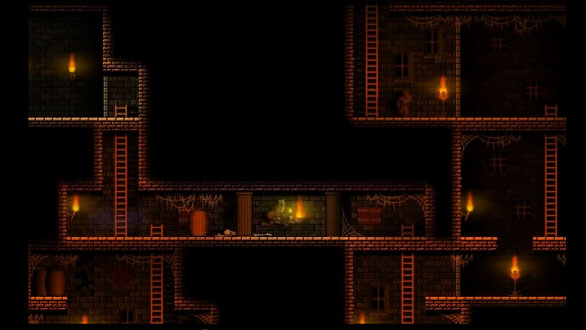 I should say listen to the dialogue really. Each character is voice acted in this epic story and it is quite fun to enjoy. The actors do a great job of playing out their characters and it really adds a lot to the game.

Also, there’s a game here! It’s not just walking around a castle and listening to nice conversations. UnEpic feels like a quality, side scrolling dungeon adventure. Playing much like a Metroidvania as noted above, there are lots of items to be discovered along the way. As you progress you’ll be adding weapons and items to your hot keys that will allow you to race along, swapping to needed gear as situations present themselves, and making you feel rather, well, epic! There are lots of ways to combat the creatures that lurk within the castle, and good variety to adding stat points to your character to allow for better gear as you level up. 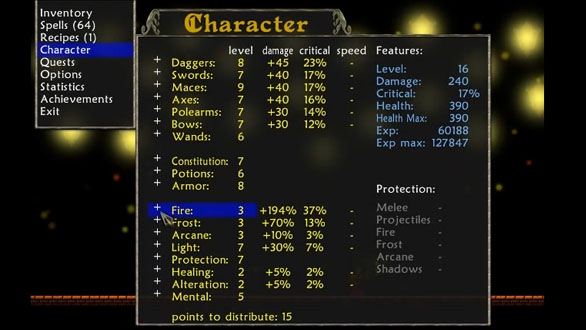 On the Wii-U the Gamepad is mainly used to display what item configurations you have set to your hot keys and your currently selected quest objectives. The hot keys themselves are accessed by holding the bumper buttons and pressing one of the Gamepad’s right hand buttons to swap or use items. This method makes controlling the game incredibly easy.

About the only issue I’ve taken with the games controls is getting off ladders. I’m used to leaping free from a ladder to get a little boost. It seems your only option in UnEpic is to fall from them. This can make getting to some passages a little tricky. Otherwise things feel pretty solid. It can be difficult at times to get the timing down on approaching foes to strike them first, but that’s just skill not the game’s fault. You’ll be smashing open walls occasionally too, as well as barrels. Another way to clue players in on if they’re done in an area is the lighting of wall torches. When you light all of them on a screen, they glean to show you’ve got the last one. This can indicate that you may want to find another way to wrap around into this area if you haven’t gotten that indication of completion yet. 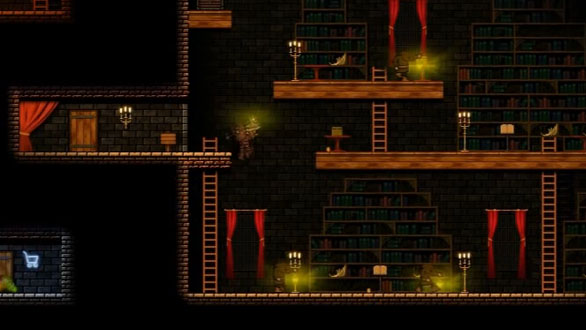 Areas themselves look rather small, especially when you’re just viewing screens of the game, but don’t let the appearance fool you. The layout is actually quite nice and going from screen to screen while wandering usually tight passageways works very well for this game. It looks simple, but there is a lot to search for. Traps abound in some areas and do have actual tiny indications of a raised tile on the floor. There are even boss monsters to contend with as you continue on your adventure.

I don’t give this score lightly. I do honestly love UnEpic. For content, story telling, artwork and gameplay, it really is the kind of title that is just right for me. The only down side I’ve had so far is what I assumed was a glitch today, and it turned out it wasn’t. Continue reading this paragraph for spoilers on what I’m talking about. I’d recently started exploring the sewers. After teleporting back to my save point and healing, my character was still poisoned from the sewers. After running down my health, which stops the poison usually in the game, I healed up again. Still my health was dropping! It turns out the water in the sewers clearly has signs which warn you of leeches. As in real life, they get stuck to your character. You actually have to remove them in your inventory. I was quite sad, assuming I’d incredibly glitched my save. Thankfully, it’s just a feature of the game. 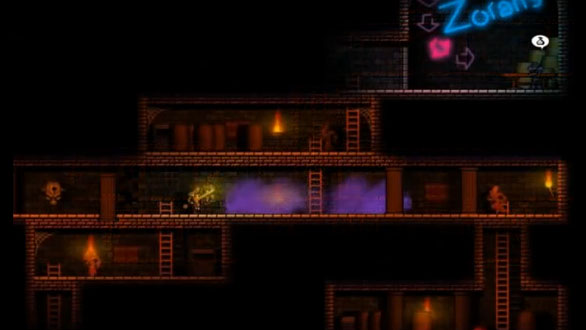 If you’re an RPG fan like me, don’t pass this one up. There’s tons of pop culture comedy to be enjoyed within, and a great game as well! On top of achievements the game even includes challenges to earn UnEpic points which you can use to purchase some pretty great gear, like seemingly a parody Storm Trooper outfit. You’ll even earn pets later on too which can really help out a lot in combat. Lastly, if you want to try the game right now, you can download the game from the official site before purchasing it and play it in a demo mode for PC! Give it a go and see if this adventure is right for you.