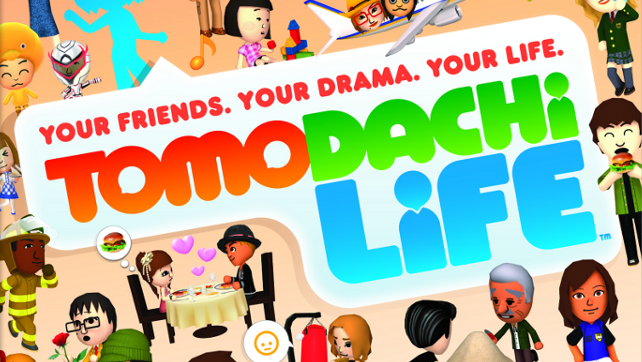 Nintendo surprised everyone, me at the very least, when they released information that their Mii life simulation game will finally be released in North America. The game has been out for sometime in Japan and has been wildly successful out there, selling more than 5.5 million copies. I had long hopes that the game would finally see a release here, but honestly didn’t think it would actually happen. Here’s my article last year about the Japanese release.

The announcement was made in a special Nintendo Direct. Take a look at that below:

The game will be released in stores and the Nintendo eShop on June 6th. Take a look at the description of the game from Nintendo.

“Nintendo fans are familiar with Mii characters, but now they come to life in ways they never have before – with their own lives, interests and personalities,” said Scott Moffitt, Nintendo of America’s executive vice president of Sales & Marketing. “Customization and open-ended play are two big video game trends for 2014, and Tomodachi Life delivers a fun, creative experience that makes you want to visit again and again, because there’s always something interesting going on.”

“Tomodachi” is the Japanese word for “friend.” After completely customizing all your Mii characters, from their voices and appearances right down to their personality quirks, you’ll recognize them instantly. But you can’t possibly predict what they’ll do next. For the first time ever, Mii characters behave based on the personality traits you select, playing out the drama you set in motion. A celebrity might fall in love with your math teacher. Your mom might jump on stage to belt out heavy metal songs. Or you could become famous striking poses down the runway of a fashion show wearing cute and silly outfits. Best of all, you can document these unbelievable moments for posterity and share them all with your friends via the Nintendo 3DS Image Share service.

Even your far-fetched celebrity dreams can come true in Tomodachi Life. If you have ever wanted international superstar Christina Aguilera to join you in a sing-off, or believed that she would become BFFs with your cousin or wished she would perform a song with your customized lyrics, it could happen here. The multi award-winning singer has signed on to be a part of Nintendo’s promotional campaign for the game, and her Mii character will be available at launch. Aguilera’s Mii character also will guest star in a TV commercial and in online videos that show all the exciting things that happen when celebrities mingle with Miis players know personally. The first video in the series can be viewed here: http://youtu.be/sBTHSY5GKKY. Additional celebrities involved with Tomodachi Life will be announced over the upcoming weeks.

The plot of Tomodachi Life thickens with the addition of each Mii character. As they deliver one gripping twist and turn after another, you can reward them with in-game gifts and clothes, their favorite foods or special flourishes for their apartments. Together you can further broaden your Tomodachi Life horizons by exploring the island, solving characters’ problems and helping them with their needs.