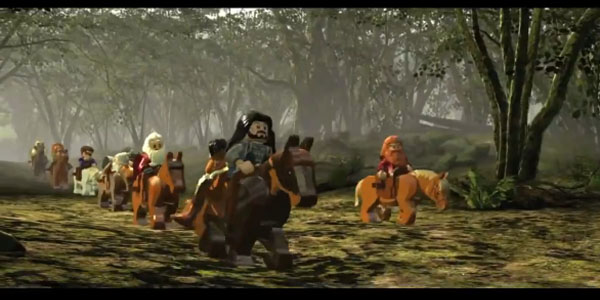 Over the years, the LEGO games have found an endearing charm that many gamers have found hard to resist. With light hearted takes on some of our favourite movies, Travellers Tales has created some grand adventures. Today gamers can go there and almost back again in LEGO The Hobbit which includes adaptation of Peter Jackson’s first two movies based on the J. R. R. Tolkien classic. Rumour has it that the third instalment’s game content will be released as DLC closer to the movies release. Want to see the trailer? Travel along further into this article for

Who here is picking up a copy? I know we’re huge fans of the LEGO games. You may have noticed from our previous reviews. The game will be available on practically everything, including handhelds 3DS and PSVita. If you’re one who doesn’t want to leave their Hobbit Hole, you can even pick up a deep discount for the game on Steam. It’s selling regularly on there for just $29.99!

This first trailer is the regular announcement sort.

Next we have the more recent “Buddy Up” trailer which is a nice comical twist.