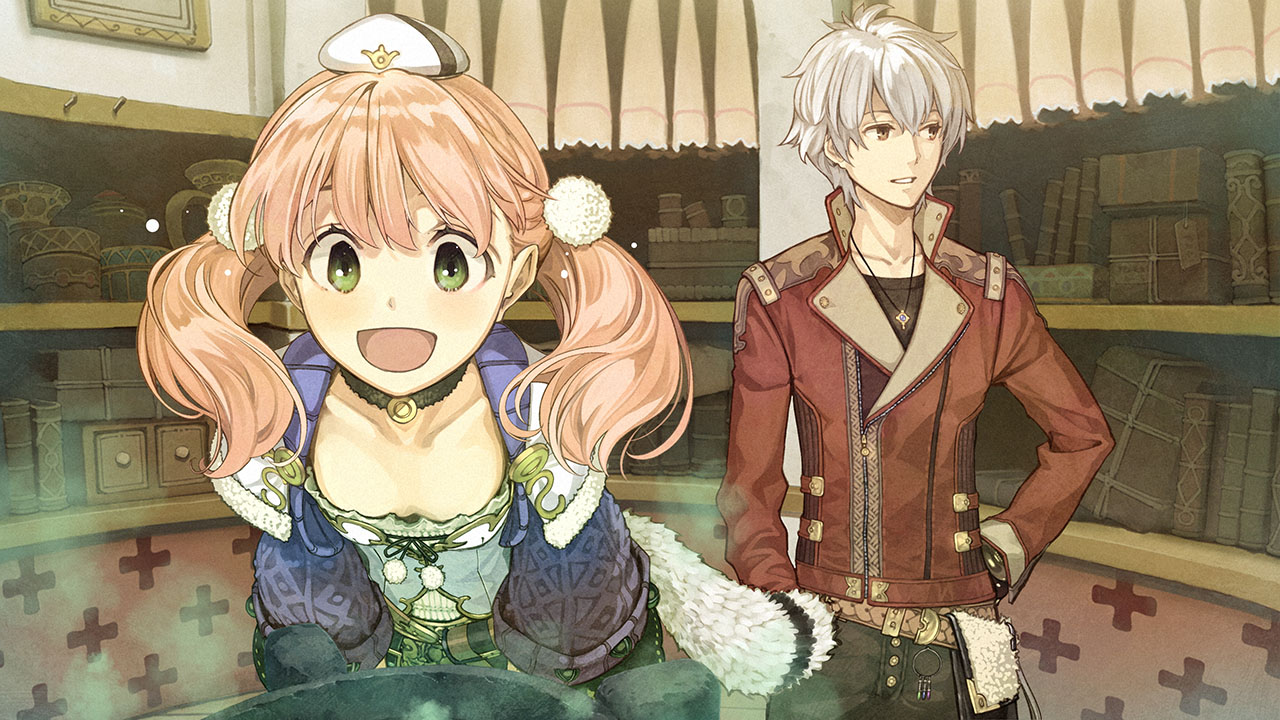 Tecmo Koei’s long running Atelier series gets another release stateside with the announcement that Atelier Escha & Logy has shipped to retailers for the PlayStation 3.

This latest iteration offers more than just the usual Atelier trimmings we’ve come to expect – aside from gorgeous graphics and adorable characters – Escga & Logy also bring with them the new imbue system. This system allows players to customize their weapons and armour by amending a wide variety of properties. Tweaks to the series staple synthesis system mean that as players progress they will unlock the ability to craft more complex potions/items as the story progresses. Party size has also increased, doing away with the franchises’ traditional 3 party model for a much fuller six member roster.

This world has gone through many Dusks, and is slowly nearing its end. Within this world, in the western reaches of the “Land of Dusk,” there was a nation that prospered thanks to its use of alchemy. There, in order to survive the eventual arrival of the “Dusk End,” the people devoted their efforts to rediscover and recreate lost alchemic technologies. Rediscovered technology from the past era was gathered in the alchemy research city known as “Central,” where research was conducted on how to halt the advance of the twilight. One of the heroes is a young man who researched alchemy in Central, the other a girl living in a small town on the frontier. This girl’s name is Escha. In the process of using her knowledge of ancient alchemy to help others, she was assigned to the Development Department. The young man’s name is Logy. Having learned the newest alchemic techniques in Central, he requested a transfer to this understaffed town to make use of his abilities, and meets Escha when he is assigned to the Development Department as well. The two make a promise to use their alchemy together, and bring success to the Development Department.

If you’re still wanting more, why not check out our review of last year’s Atelier Ayesha, or watch the trailer for Escha & Logy below.