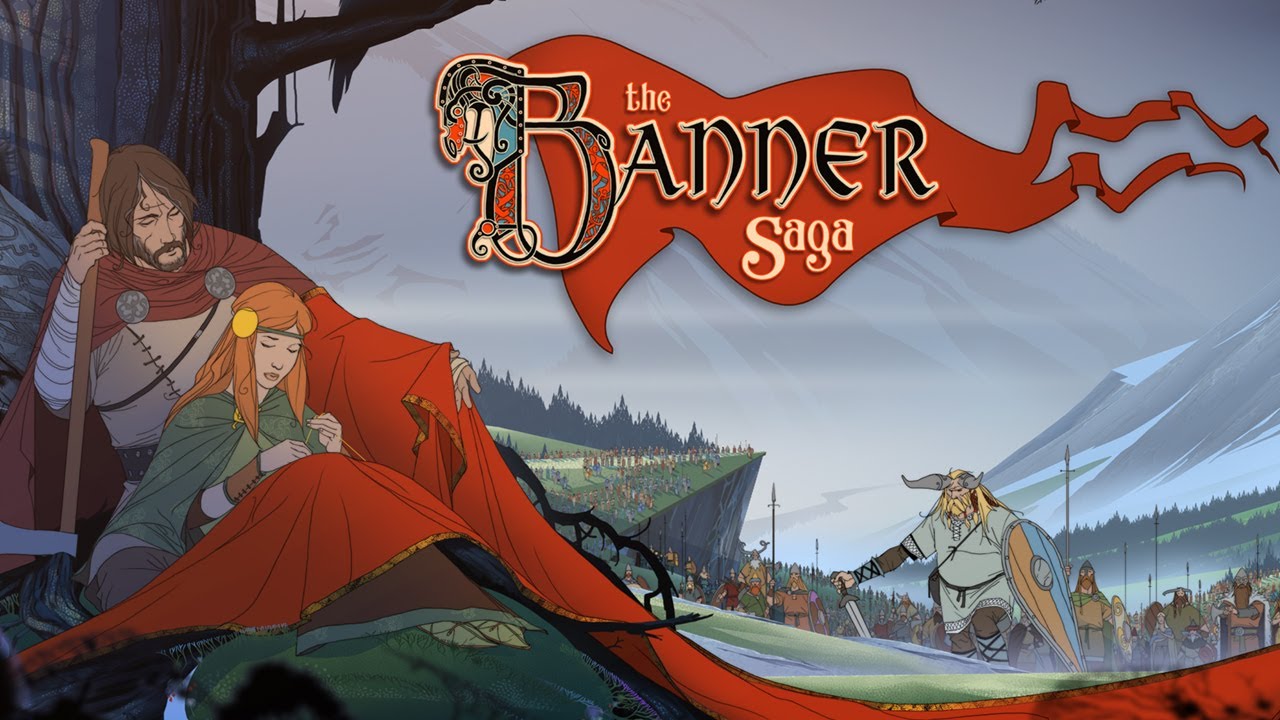 What an age we live in as gamers today, where the publisher model of business may no longer be necessary. This is no longer a pipe dream; Broken Age Part 1 released to acclaim and praise. The previously reviewed Shadowrun Returns was also a wonderful game that is soon to be getting it’s first expansion. Now we have a Viking themed, tactical RPG, The Banner Saga. So when three guys left my favourite RPG developer (Bioware) stating they were going to create their own studio to make a tactical RPG I was giddy with excitement. Now the game has suffered quite a few delays from its original release schedule. This is something however that we as the backers of projects on Kickstarter must realize, we are not guaranteed anything this is a risk we take to hopefully make a mutual dream come true. Game development is a long and tricky process.

Enough about these games revolutionizing our industry it’s time to talk about the game itself. Visually The Banner Saga is the most beautiful game I have ever played. Triple A studios eat your hearts out. With their small but passionate team Stoic Studios has made the most visually appealing game I have ever played. I know insane praise to lay upon a game but it is truly how I feel. Triple A games have hit a plateau visually. It takes something special to make me truly appreciate a games artistic style. The Banner Saga’s hand drawn style makes me feel that a story book is coming to life before my eyes. 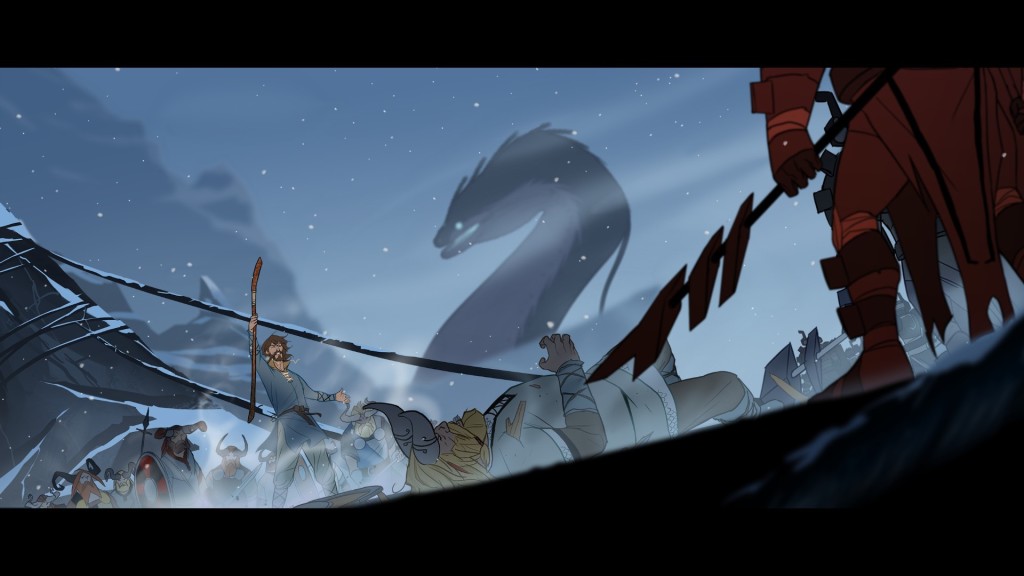 The audio work in The Banner Saga is also really impressive. The score perfectly fits the tone of the game throughout the story it’s orchestral mixed with gothic style chanting, it really helps suck you into the universe. It truly feels like a Nordic inspired epic as it should. Great care has also been taken with the voice acting to make it feel authentic. Characters speak with Nordic accents that feel realistic and refreshing. My only complaint is that there is so little voice acting throughout the game. This can be chalked up to, well independent development. The game is not harmed by the lack of voice acting, I am just stating it would have been nice to have for further developing the characters.

Speaking of character development let’s talk story. Visual and audio style is great and all but without a strong story and characters we don’t have much of an RPG. Well no worries there because Stoic has us covered. The gods of man and Varl(giants) are dead. Recently the Sun has stopped in the sky. Eternal daytime as the sun hangs constantly over your head. These are troubling times. From different perspectives you follow two central groups of characters one mostly Varl and one mostly men. These groups caravan and march across the land attempting to out run certain threats. They are constantly traveling attempting to find a place where they will be safe. I know it seems as though I am keeping the story vague but I truly do not wish to spoil anything. This story will mold around the choices you make. Do you take a character with you unsure of their motivations? If not do you kill them just to be safe? Everyone tends to be out for themselves in this world how do you know who to trust? 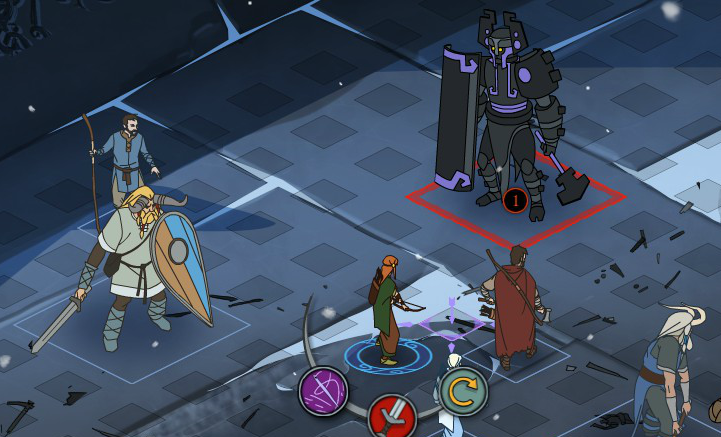 Welcome to the types of choices you will have to make in The Banner Saga, all of which can change the outcome of the story. What twists and turns will take place? Only your choices will tell. This is perfectly implemented in game play as well. The Banner Saga really has two types of game play. One is combat an interesting turn based system where you must balance breaking characters armor and lowering their strength. Strength is s characters possible damage output and health. So it becomes a balancing act which makes the combat feel incredibly tactical. On top of that each character is a unique class of their own with different types of attacks and special abilities. You can level them all differently to help them take on certain rolls. I often preferred archers to break armor, so my high damage melee units could finish the fight. Combat is incredibly deep but thanks to a great tutorial system it becomes relatively easy to learn.

The second form of game play is caravan game play. This is my favourite part of the game. In a style very reminiscent to the Oregon Trail, you must manage morale, supplies, and people in order to complete your journey. Do you stop and rest to improve morale? That depends do you have the food to spare? No one really knows how long you will be marching. You spot bandits ahead do you attack them? Try to sneak around them? Bribe your way past? This is one scenario of hundreds that can occur as you try to keep your caravan alive and well.[youtube id=”dJJQgma4OLs” width=”600″ height=”350″]

The Banner Saga is about the journey it’s how you get the characters there not where their going. The game feels wonderful I completed it twice before writing this review. This game is well worth your money and with Stoic Studios looking to make a sequel I suggest you all support this title. This is yet another game proving that we don’t need to be fully reliant on the publisher model. Sure some games will always need publishers but we don’t need them constantly now. If you want a certain genre of game that isn’t being made, go to Kickstarter. You want to support someone with a creative dream? Go to Kickstarter. Research, know the risk you are taking but never count a truly creative team out.

The Banner Saga is a success story to inspire developers across our industry. It’s also a fantastic game. Go give Stoic Studios your money. They have earned it my friends.