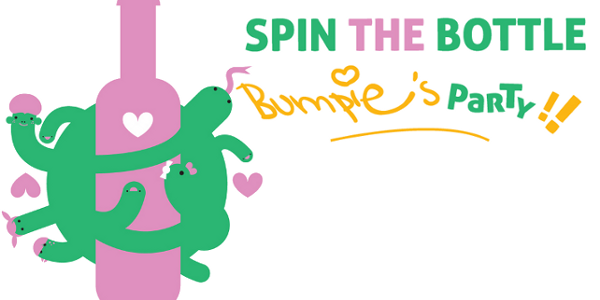 Nintendo announced that starting today several indie games currently available in the Nintendo Wii U eShop will feature price drops, with the limited-time discounts running through February 13th. Anyone who already owns one of the below titles, or purchases one of the listed games at full price, will qualify to receive a 60% discount off all of the other games!

“We noticed there were a lot of high-quality games by independent game developers in the Nintendo eShop,” said Collin Van Ginkel, co-founder of Two Tribes Publishing. “This type of special promotion helps us introduce games of other developers to our fans who may not otherwise discover all the great games available on Wii U.”

The indie games that are participating in this exciting two-week Nintendo eShop sale include:

Toki Tori 2+ is a Metroidvania style puzzle adventure. There are no tutorials, there’s no hand-holding, no-one tells you what to do in Toki Tori 2+. The fun is in exploring and overcoming the obstacles of the lush forest island on your own merit. Our unlikely yellow hero may be the star of the show, but he won’t get anywhere without the creatures he meets along the way. Armed with just the Whistle and Stomp moves, he can influence and make use of these strange creatures’ unique abilities. But what’s up with that black goo? It’s threatening your home world! Your goal is get to the core of the corruption and save the island!

Spin the Bottle: Bumpie’s Party is a game for 2-8 players. You sit in a circle around the GamePad and spin a virtual bottle. Two players are randomly paired up each round to do a collaborative physical challenge. Use the Wii Remotes and each other to dance, spin, grab, jump, hide, pump, pass and squeeze. Collaborate with your friends and complete the most challenges to win Bumpie’s Party! Spin the Bottle might be tongue-in-cheek, but don’t worry kissing is not required.

A fast-paced platformer with a twist! Morph at will between two dynamically different dream worlds in this fast-paced platformer! Giana Sisters: Twisted Dreams combines punchy graphics and tight controls with the challenge of retro era platforming. Fluidly combine the special moves of perky and punk Giana as you flip between the dreams at the press of a button. Take skillful shortcuts to barrel through a level at top speed or keep your eyes peeled for the oodles of secret areas hidden within. Intertwine the classic chiptunes of Chris Huelsbeck with their metal counterparts by Machinae Supremacy as you switch worlds.

Space Hooligans have escaped custody and are wreaking havoc all over Planet Land! HQ calls on cybernetic peace-keeper Patricia Wagon to bring these renegades to justice. With the help of Corporal Gendarmor and her trusty Pellet Gun, there’s nothing she can’t handle. When the going gets tough, Wagon activates her Helmet Siren, altering the world around her. Enter the mechanical shape-shifting, dimension switching world of Mighty Switch Force! Hyper Drive Edition and blow crime away.

“Independent developers are responsible for some of the most creative and unique content in the Nintendo eShop on Wii U,” said Steve Singer, Nintendo of America’s vice president of Licensing.

If you haven’t tried out any of these games this is a great opportunity to give them a try!