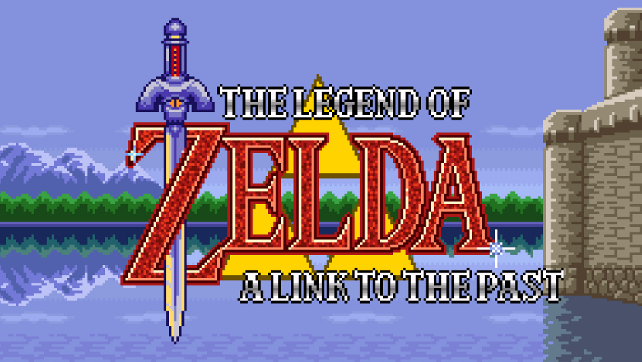 Travel through the Light and Dark Worlds in this classic Zelda adventure. Return to an age of magic and heroes! When an evil magician named Agahnim begins kidnapping young maidens in Hyrule in a quest to break the imprisoning seal on Ganon, a young boy named Link is called upon to stop him. Link must venture into twisting mazes, dungeons, palaces and shadowy forests as he searches for the maidens and Princess Zelda. Traversing both Light and Dark Worlds, he must navigate eight dark dungeons, fighting evil enemies and huge bosses. Help our hero prevent Ganon and Agahnim from shattering Hyrule forever. Whether you are a young knight, a heroine-in-training or a seasoned warrior, The Legend of Zelda: A Link to the Past will delight!

With Wii Fit U, you can create fitness routines, review progress and compare with friends in online Gym Communities and Miiverse. Get active with more than 70 fun activities, from new ones using the Wii U GamePad controller to Wii Fit favorites. Jan. 31 is the last day for Wii U owners who also have a Wii Balance Board to take advantage of Nintendo’s free trial offer of Wii Fit U. After that the download costs $29.99. You can also purchase the game with an included Fit Meter in stores at a suggested retail price of $49.99.

Crush and destroy enemies with your powerful trebuchet in this vivid 3D edition of the popular Castle Clout game! Only you can unite the empire across the Forest, Frost, Desert, Jungle and Burning Lands and save the kingdom from the Darkness. Boulders, bombs and more blaze through the air to batter walls and topple foes. Choose your weapon and ammo, and release at the right angle to maximize the damage you inflict. Immersive 3D and stunning painted backgrounds plunge you into the action! Conquer over 150 levels, and expand your battle with the “hot seat” multiplayer mode.

Solitaire games to enjoy on your own. Features two varieties: Klondike and Monte Carlo! In ARC STYLE: Solitaire, you will be able to enjoy the most popular of all solitaire card games which can be played alone, Klondike, and the easy-to-understand game Monte Carlo, loved by young and old alike. Choose whether you wish to play on the 3D screen or the Touch Screen, and enjoy solitaire with as much challenge or help as you’d like, thanks to helpful features like undo, hints, and the ability to save and return to your games later. Play to win because the more times you do, the more decks and backgrounds you will unlock to enjoy your ideal solitaire game! Some can even be gotten with play coins!

3D Tank Battle Action Returns! This time, there are two types of tanks–the attack tank with its powerful offensive capabilities, and the defense tank with its impregnable defenses. The attack tank improves upon the original charge shot with the ultimate weapon–the super charge shot. It cuts a swath of devastation through any armor. The defense tank features a shield that bounces back any attack. The hostiles have added new weapons like wave shots, scatter shots, lasers, and drills. Hover units unaffected by the terrain and a cloaking stealth system have also been added. Gargantuan tanks have also joined the enemy’s forces. The original’s weapon systems are back too, like ricochet, homing, and mortar-type shots. There are 90 stages in all (60 regular and 30 bonus stages)–20 more than the previous game. Strap yourself in and gear up for an intense, futuristic tank shooting war–the original was only the beginning.

Mario and Luigi bring the POW! in this classic arcade game! Mario and Luigi are doing some underground plumbing when all sorts of strange creatures come flying out of the pipes. Help the two brothers clear stages by collecting coins and avoiding getting hit by enemies. Crabs, turtles, and fighter flies must be cleared out by jumping underneath the platform they step on and then kicking them away. But beware! Just when you think you got rid of them, they come back for more! Play alone or with a friend. Either way, this is one underground classic you will want to play time and time again.

Ohno Odyssey is a physics-based, action-puzzle game that challenges players to guide the Ohno aliens through 35 gravity-defying stages as they roll on rails, jump and smash through obstacles, and zoom their way to the escape pod for safety. The Ohnos, a group of aliens whose malfunctioning mothership has caused them to crash-land on Earth, are strewn about the planet; they need to be located and rescued before they are discovered. The path to the escape pod is filled with obstacles that each player must circumvent using the tools provided in each thrilling level. The Ohnos can be shot out of cannons, dipped in oil, and even set on fire to break through barriers – all in order to safely guide them back to the mothership. Ohno Odyssey is an extremely fun and challenging interactive action-puzzle game involving strategy and planning over 35 increasingly elaborate stages. The stellar action will be nearly impossible to put down!