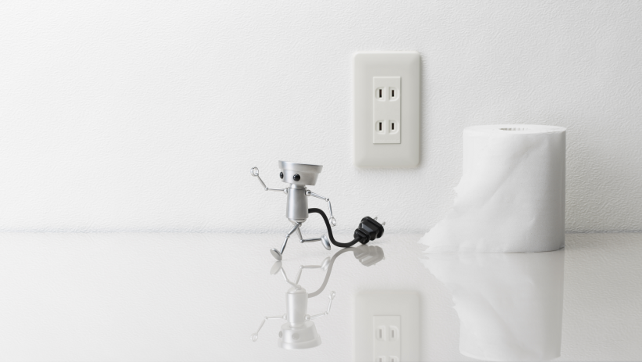 Become one of the world’s best tiny robot helpers by doing your part to open a new museum. Collect Happy Points by vaccuming, picking up trash, and helping a cast of colorful characters, and then use those Happy Points to purchase special film that lets you photograph real-world objects and transport them into the game for the museum’s displays!

Mr. Curator wants to immortalize objects from your day-to-day life, and it’s Chibi-Robo’s job to collect them! Lead Chibi-Robo on a scavenger hunt, taking photos of real-world objects with the Nintendo 3DS Camera so that he can transport them into his world for the museum’s collection. Along the way, you’ll meet eclectic characters who need Chibi Robo’s help, like a sushi-slinging squid, a high-flying super hero, and an eccentric pair of chefs. The more happiness you spread, the faster your quest for exhibits can progress. Just make sure Chibi-Robo doesn’t run out of watts. He’s a tiny robot, after all.

Knock out Cocoto’s enemies and save his friends! Up to 5 players can play at the same time on the same screen. Be precise, fast and clever to reach the best scores in 3 different game modes! Aim at the bonus balloons and score even more points

Blast your way to victory in this classic side-scrolling shooter. Across the galaxy, there exists a distant planet known as Gradius. Gradius’ peaceful existence has been brought to an end by an intense space invasion by a race known as the Bacterion. To save the planet, the hyperspace fighter Vic Viper has been deployed to fight the Bacterion invasion. Players pilot the Vic Viper through seven stages, shooting and dodging through deadly obstacles, while using various power-ups, including missiles, lasers, options and shields. The Vic Viper’s target is the enemy fortress, Xaerous. The only way to end the war is to plunge deep through the enemy forces and destroy its very core.