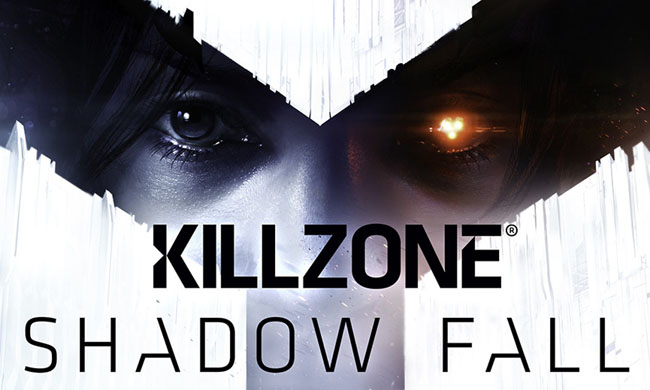 Killzone Shadowfall, a launch title I could not have been more exited for. I was a huge fan of Killzone 2 and Killzone 3. Those games were a science fiction call of duty with a story that examined interesting themes like war and morality. It is a franchise that I believe is unfortunately overlooked by many gamers. Previous Killzone games offered a more rewarding game play experience both single and multiplayer then any other first person shooter title to date. However, a series cannot rest on the laurels of it’s past it must improve and innovate in order to stay relevant.  So how does Shadowfall fare? Read on and find out.

If I had to describe the visuals in Shadowfall with a single word it would be breathtaking. There is foliage that blows in the wind everything looks almost life like with a science fiction coat of paint of course but that is Killzone. The realistic lighting effects alone demand you check out the visuals in this game. My friends and I have been making jokes that we don’t even want to go outside in videogames anymore because the lighting effects feel so real. Sure it may over use those lens flares a little but honestly this game is a beauty to behold. Character models feel fully realized and are equally gorgeous, on a visual level Shadowfall does what a launch title is meant to do it showcases the power of the hardware and man it makes my PS4 feel powerful. 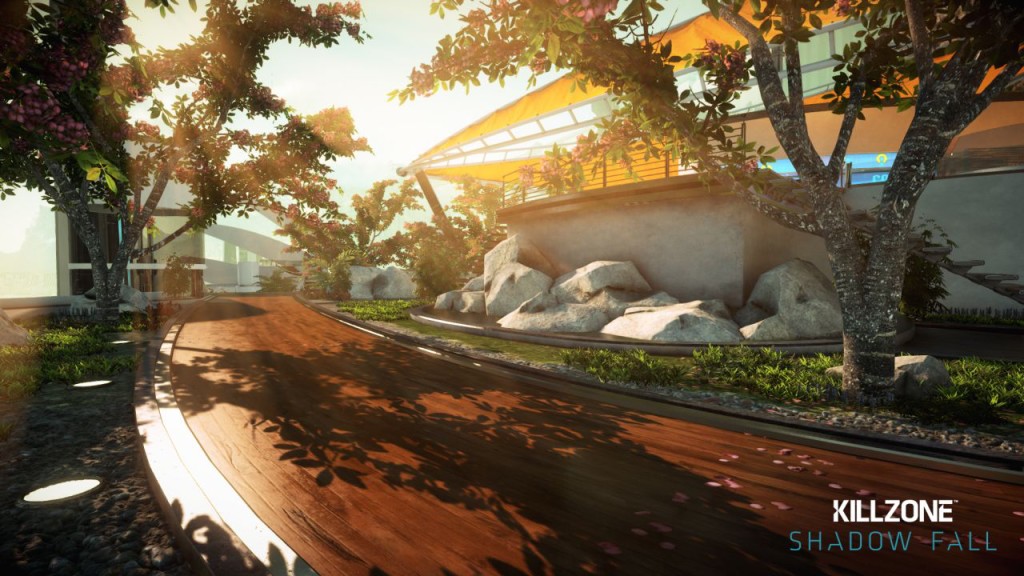 Following the stunning visuals is the games wonderful audio presentation the score never once misses a beat consistently evoking the desired sense of panic, anger or sorrow. The guns in Shadowfall also benefit from great sound design. Somehow they manage to keep the weapons feeling contemporary as well as futuristic the weaponry really feels like it is from a not to distant future. Of course you can’t talk about audio in a game like Killzone without talking about the voice acting and once again this is a job handled well and with care. The voice actors give it there all with some really outstanding performances unfortunately what they can’t do is make up for poorly written dialogue which sadly Killzone Shadowfall has a lot of.

Now I won’t be too hard on the writing because overall I see the theme and message that the creators were going for. It has been twenty years since the end of Killzone 3, after nuking the Helghast home planet the ISA gives them half of their home planet Vekta. A huge wall separates these two societies and tensions are rightfully high. You take on the role of Lucas Keller a Shadow marshal whose job it is to clean up things that the ISA can’t let the public know. This is the story’s greatest strength; you’re supposed to be the good guys the ISA defenders of democracy and human rights.  However throughout the campaign you follow orders and partake in missions that show your freedom loving government is just as evil as it’s enemies. That they crave for blood and war with the Militarized society that is New Helgen. The reason this theme works so well is that it shows what war can do to people making them just as evil in there quest to combat their enemies. 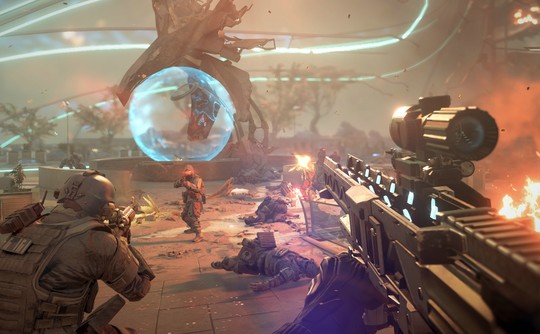 This theme and idea is great it draws real world parallels to things like the failed war on terror and how the current United States drone policy makes them no better then the terrorist they claim to be fighting. It really is a beautiful and ballsy move. It even goes so far as to show the civilians of Vekta not wanting war but they get whipped into fear and panic by their politicians. Sound familiar? I don’t know if Guerrilla Games wanted to intentionally draw this parallel but it seems that way and that is the beauty of our interactive art form we can all get a different experience based on our perspective. It may not have been intentional but I means ISA….USA…they are close.

So yes the dialogue is weak in Shadowfall but I think that the themes explored throughout the campaign make it worthy of a play through nonetheless. The campaign should take you roughly seven hours to complete which is enjoyable, the campaign still contains that classic Killzone difficulty enemies will outflank you at every turn  they get. You will have to play smart if you want to win. This makes beating the campaign incredibly satisfying as it has with all Killzone titles. The series doesn’t try to make you feel like a bad-ass you do that yourself with skill.

Thankfully the game play in Shadowfall is further fine tuned. There is a wide variety of weapons to dispatch your foes all of which feel unique and satisfying. The gruesome melee kills are back with a vengeance. The most notable improvement is the OWL a little drone who you issue commands to with the L1 button. You can order it to deploy a shield to protect from incoming fire, a zip line to get around or even order him to attack enemies in cover. You can cycle through the commands with the PS4’s touch pad on the controller which feels natural and smooth. The controls are something that has also been vastly improved. Previous Killzone controls have been…well let’s call them unique. In Shadowfall standard shooter controls apply circle is crouch, square is reload, triangle switches weapons. So on and so forth this is a smart move in my opinion as it makes picking up and playing the game very simple.

Finally we reach the last section of this review my favourite part of every Killzone game the multiplayer. Now during this last generation I fell out of favor with Call of Duty it just hasn’t been able to suck me in again since CoD 4. I always give each title a fair shot but it seems to only be getting more boring and predictable as the games come out. It was during my fallout with CoD that I discovered Uncharted 2’s surprisingly well put together multiplayer. I invested my time into that as well as its sequel Uncharted 3. This led me to give another first party title a shot Killzone 2. Thanks to both Killzone 2 and 3 I got to experience a new and unique multiplayer that I fell in love with. I’m glad to say that this experience has only been further fine tuned in Killzone Shadowfall.

In a Classic Warzone (Killzone’s main multiplayer mode) you compete for the best five out of seven objectives. Each objective is a five minute round with no breaks in the action. One round you are attempting to plant a bomb on the enemy’s base. You fail to do so within the time limit and a new objective is announced team death match. Without a loading screen the battlefield on which you fight is ever-changing. In a Killzone game you’re KDR means nothing except for the one objective. If you play smart and plant those bombs or cap that beacon you will be rewarded with more points then if you killed three people. Objectives are everything in Killzone, sure you can choose to play only team death match but I’ve yet to meet a single person who didn’t fall in love with the Warzone set up.

If you’re a returning Killzone player they’ve really fine tuned the class system since Killzone 3. Gone is the redundancy of the tactician and engineer classes they’ve been rolled into the medic to make a well rounded support class. There are two other classes: assault and scout which fill the other roles needed in a Killzone match. Unlocking upgrades is now more reliant on your skills with weapons and special abilities rather then your win/loss record. If you’re sick of the CoD crowd and bored of the franchise I sincerely recommend Killzone Shadowfall the multiplayer with prove rewarding and challenging.

If you’re new to the Killzone franchise Shadowfall may seem a little overwhelming but the themes of its story really are worth the cost of the game alone. If you sit down and commit to learning this new form of multiplayer you will not be disappointed. If you take my advice then welcome to the club and I’ll see you online.