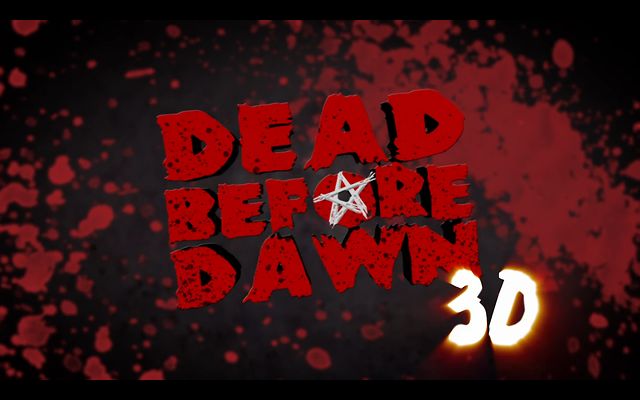 It’s almost Halloween time again and that can only mean one thing, zombies, demons and other monsters are bound to be set loose. Dead Before Dawn 3D, a horror comedy produced right here in Ontario Canada dares to produce a new term in the horror lexicon – “Zemon”, a cross between a Zombie and a Demon. What could be more terrifying? How about your own mother coming back as one of these grotesque creatures!

Casper Galloway and friends have been cursed by an ancient urn which contained a malevolent spirit, and now all they can do is watch in horror as anyone they look in the eyes is forced to kill themselves and return as a member of the undead. As you can see from the trailer we’ve embedded below, this can lead to some very awkward situations. How will they ever make it out alive?

It’s Canada’s live action first film produced in stereoscopic 3D using the Red One camera system and stars Devon Bostick from Diary of a Wimpy Kid, Martha MacIssac from Superbad and features Christopher Lloyd in a supporting role – and if I need to mention any of his film roles, you dear reader need to watch more movies!

We’ll bring you our full review of this Canadian horror comedy before it’s one night engagement which will release nationwide on Devil’s Night, October 30th! And yes, it’s our first film review ever on Broken Joysticks!