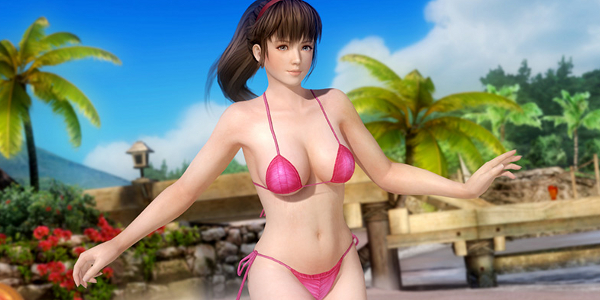 Broken Joysticks reviewed both Dead or Alive 5 and Dead or Alive 5 Plus, the latter being a PlayStation Vita release which utilized the system’s unique features in, uh, interesting ways. Fortunately, not all the features added in Plus were disposable. Combo challenges, command training, and an excellent combat tutorial were very welcome additions to Plus, and all have made their way to Ultimate.

Ultimate also takes the music selection found in Plus, which added character themes in addition to the stage music, and expands on it; fans of the series will hear some of their favorite tunes from Dead or Alive 2, 3, and 4.

Speaking of favorites, Ein and Leon, two series mainstays that were inexplicably missing from DOA5, return to the roster, which is great because Bayman/Leon and Hayate/Ein teams are winners. 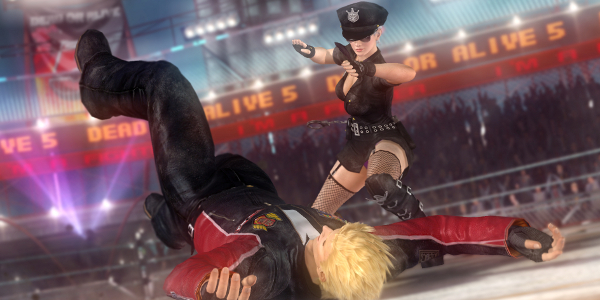 Rachel and Momiji, two characters Ninja Gaiden fans should be familiar with, make their debut in DOA, expanding the relationship between the two series even further. Jacky Bryant from Virtua Fighter fame joins the cast as well, bringing the total amount of VF characters to four.

Some classic stages return, such as Lost World, where you pummel your opponent off ledge after ledge after ledge, and Forest, where you most appropriately fight in a forest. A few new stages are here, including a desert wasteland and an aircraft carrier (both inspired by areas from Ninja Gaiden 3), and the best new edition, the rooftop stage from Ninja Gaiden Sigma 2, where a big ol’ Buddha acts as the danger zone.

Tag mode can be taken online now, and not just for lobby matches, but ranked matches as well.

Team Battle is back, and here you can create a team with up to seven characters in a game of elimination.

Survival returns to its DOA normalcy, adding items back into the mix, like watermelons and what have you, which will award points and health recovery. Tag Survival is included, too. I’m not sure why that was missing from DOA5. The cynic in me thinks it may have been to save some stuff for this version.

The only major gameplay addition is the new Power Launcher. It works the same as the Power Blow from DOA5, in the sense the move can only be executed once per round, and character health must be below 50%, but the similarities end there. The launcher does exactly what you would expect: it launches your opponent much higher than any normal move, leaving them susceptible to juggles. It’s a new wrinkle to implement in your game, and it’s a good time launching someone absurdly high in the air. It’s an even better time stringing a solid juggle together. 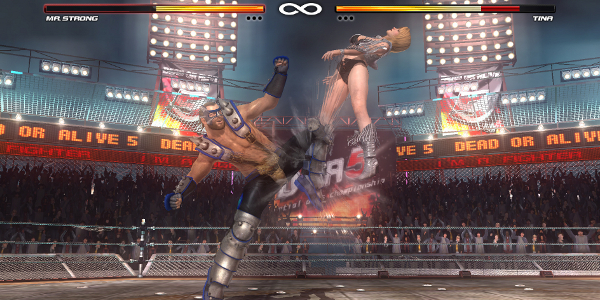 All in all, Ultimate adds enough content to warrant a separate release, especially at its attractive price point, but I can’t say I don’t feel a little for owners of DOA5 and DOA5+. Most notably, Ultimate isn’t compatible with either version online, and if you purchased Plus a few months ago upon its release, you may have because of the well-implemented cross-play. Well, too bad, no more cross-play. There isn’t even an option for DOA5 users to upgrade with a DLC pack, something Capcom offered for the variations of Street Fighter 4 and Street Fighter X Tekken. (I want to apologize to Marvel VS Capcom 3 owners.)

I suppose early adopters of fighting games shouldn’t be surprised–this isn’t exactly new territory. It’s just shitty territory, and no one likes feeling shitty. I’m sure they’re Plus owners wondering if they should trade it in before Dead or Alive 5 Ultimate Plus gets announced.

If you don’t want to purchase Ultimate out of some sense of pride, or because you’re broke–both possible–Dead or Alive 5 Ultimate: Core Fighters may be the answer. Released on the PlayStation Network store (there is no Live version available), Core Fighters is free-to-play and includes four fighters: Kasumi, Ayane, Hayate, and Ryu. There is no timer; you can play unlimited matches both offline and online. If you want an additional character, they’re four dollars each; if you want to play the story mode, it’s 15 bucks. If you’re a DOA player that exclusively plays Ryu Hayabusa, then you’re in luck. It may not be the model that works for everyone, but it is another option, and options are always welcome. 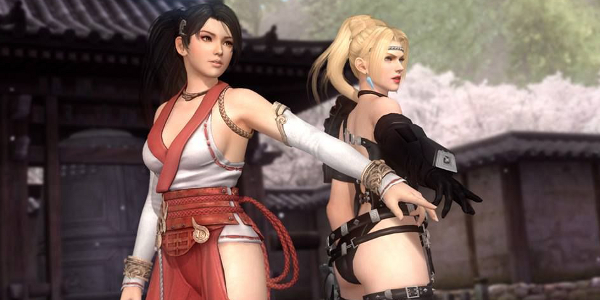 It’s worth upgrading to Ultimate if you’re big into DOA, though you may groan a bit when handing over 40 dollars. Ein and Leon are back where they belong, and the new characters are fun to use, especially Momiji. Any DLC you purchased is compatible, and they’re new costumes to be unlocked. Survival is fun again, and you can play tag online. It all sounds great, I just wish DOA5 owners could get it all for 20 dollars as a download. Core Fighters is at least available if you want to try the new modes, but have no interest in handing over more money. Besides, it may be worth waiting for Dead or Alive 5 Ultimate Tengu Time edition.