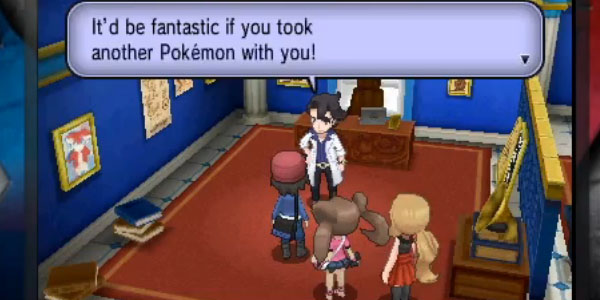 Much of this could be considered to be spoilers if you’re looking to learn about all this content in game. However, if you are holding out till the October 12th release date, you’ve probably run screaming from any website proclaiming news of Mega Evolutions so far anyway.

Speculation of a MewThree Pokémon ran rampant earlier this year and recently was revealed to be a new concept in the game series. It seems when a Pokémon reaches level 100 now they can Mega Evolve in battle into a new form. That’s not all though, these evolutions only take place in battle and when the Pokémon in question is holding their specific mega stone. After battle, Pokémon revert back to their regular form.

Announced today, the original three starter Pokémon from Generation one are even getting Mega Evolutions! Check out the video after the break for the trailer showing off Venusaur, Blastoise, and Charizard’s mega evolutions. As you’ll see in the video too, it looks like gamers may be getting a second starter Pokémon like choice in X and Y.