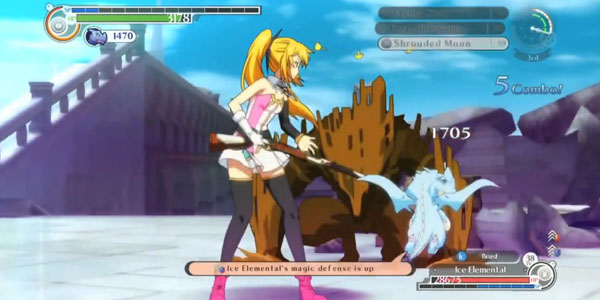 Coming on July 16th, the latest NIS America import by Namco Bandai and Imageepoch features some beautiful animation for 2D characters. The battle scenes, featured in the video after the break, really show just how smooth the flow is. Imageepoch, who made Black ★ Rock Shooter PSP Game, are also behind Time and Eternity. Both games have over the shoulder style combat, so it should be interesting to see if T&E plays similar.

Time and Eternity seems to focus on a Groundhog Day sort of story where you’ll keep repeating your wedding day over and over again. Also the main star, the princess of the kingdom of Kamza, has a secret in that she contains two souls within her body. The game seems to let you switch between both of them, the blond haired girl and the red head.

We’ll have gameplay impressions and a review coming soon, so stay tuned to find out what I think of the latest title by NIS America!