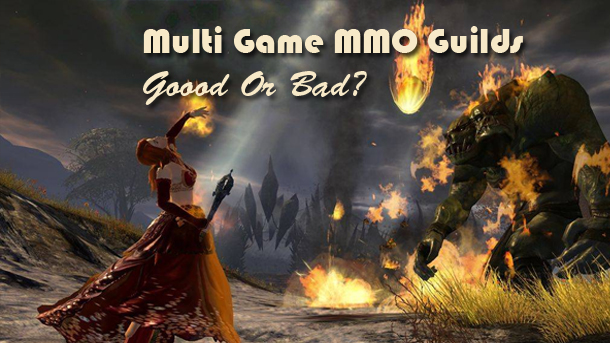 Com·mu·ni·ty: a unified body of individuals as a group of people with a common interest gaming together within a larger society <a guild>

For many gamers, one of the most alluring aspects of online gaming is the opportunity to bond with other people.  Whether their interest lies in player-vs.-player fighting, roleplaying or end game raid content, being able to share those interests with other like-minded players is what keeps them engaged and interested.

This is why games such as EverQuest and Ultima Online are still going strong after twenty years.  In fact, the whole game design of requiring ten or twenty players to achieve a goal drives this need for a collective group of people who will most likely spend an average of fifteen hours a week together.  This sense of belonging to a vibrant and dynamic community is one area where single player games just cannot compete.  I mean, no matter how interesting the story line, you aren’t going to sit back and play a single player linear game for twenty years.

Having said that, no matter how much fun you are having in your current game, every gamer reaches that point where the next game hits open beta and grabs their attention.  Now what?  You really want to check out that new “shiny”, but you finally found a fun group of people with the same in-game goals to party with.  Do you really want to pick it all up and start over again?

This is where a Multi-Game Guild (MGG) shines.

Gaiscioch is a Multi-Game Guild (MGG) with an Active Chapter in Guild Wars. Past games include Dark Age of Camelot and Rift.

MGG structures often have a central leadership council with Chapters in various online games which are then lead by their own individual leadership team.  As new games are released, if there is interest within the guild, a new Chapter can be formed. With Chapter membership in the hundreds, the central hub of active members can reach over 1,000 members and many long established guilds exceed that number.

This approach can be a bit skeptical to some.  Won’t you just feel like a number?  What happens when players leave one Chapter to join another?  Will the existing Chapter fail?  Where will my friends go?

The Old Timers Guild (OTG) is an MGG with 14 active Chapters ranging from Everquest II to the upcoming release of Neverwinter.  Angeldemorte, a three year veteran member and Executive Officer of the Rift Chapter with 300 active members realizes that every guild is going to have a population shift.  This is especially prominent when a game is released (drawing players away) or a new expansion is announced (an influx of players).  Believing in maintaining a laid back atmosphere and keeping the focus on fun, OTG has enjoyed a core and stable membership base.  “The best thing about being in a multi-game guild and OTG in particular, is the fact that when you find a game that interests you, you can go [to that game] with friends you enjoy playing with and have an established history.” 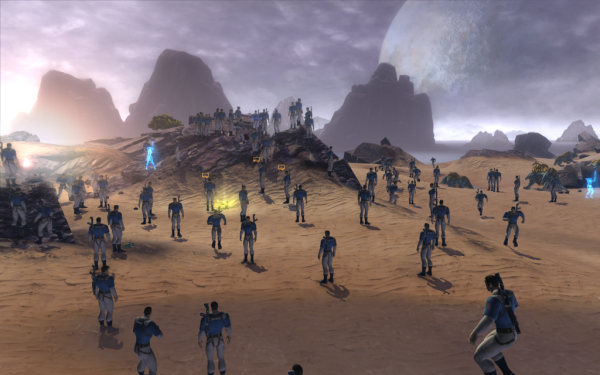 A MGG is only as effective as the leadership at the helm.  Many guilds have attempted to branch out only to find that they don’t have the membership or structure to support the transition period.  As members moved from one game to the next new one, those left behind were left with a decision to rebuild or dissolve.  “I’ve found that some multi-game guilds tend to attract a population of players who are distracted very easily and can become almost “fly-by-night” in their commitment to the server and overall game community,” commented Dyaeni, Leader of Intoxication.  “However, many are helpful and add to the overall health of the server.”  When asked what the difference was, Dyaeni didn’t hesitate when answering – guild leadership.  While Intoxication isn’t a MGG, Dyaeni commented that she’d welcome branching out into another game if the guild expressed that interest.  “We’re very democratic.  If the guild wanted to expand, I’d support it 100%.”

Some players argue that MGG structure can get too hierarchal.  In addition to a leadership council/leader rooted in the game they are playing, there can also be a overall leadership team that sets policies and rules for all Chapters in each individual game.  Some players frown upon rules and mandates imposed by a group that aren’t invested in that particular game.  Others prefer a detached leadership team making policies that are consistent regardless of the game they are playing or plan to check out.

What all players agree on is that large guilds, run with an effective leadership, can be a helpful and powerful force to the server for the game they are playing.  Whether or not a MGG is the right fit for the individual depends not only on the interests and goals of that person, but those of the guild as a whole.

Trish Bennon is a former Senior Editor for IGN Entertainment's Vault Network. She's been around the MMO and gaming scene for many years and is considered an industry veteran. When she's not raiding, socializing or fooling around in one of her favorite MMORPGS, she's probably attending an industry event like PAX, oh and she sometimes writes!