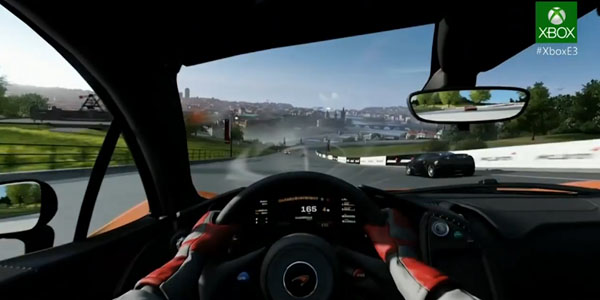 One thing we’ve heard a lot of about is Cloud Processing. We’ll get more into that later. In regards to Forza Motorsports 5 however, it was noted that such processing could be used to help simulate realistic drivers instead of basic AI. What does this mean exactly?

From what I gathered in the video below is that this new “Drivatar” system will allow the game to store play style characteristics to the cloud network and populate your game with AI that feels more like real players with this data. It sees where players make mistakes or such and can simulate that sort of reaction in actual races. So instead of more so being in a group of cars that are affected by you changing the flow through your driving alone, every car is controlled in a unique fashion.

Of course too it was noted just how detailed and beautiful Forza 5 is shaping up to be too, but the team at Turn 10 sounds like they really wanted to express that Cloud Processing is really going to make a difference in how the game plays. It definitely sounds promising to me! Here is the video from Microsoft’s E3 press event. Forza Motorsports 5 is coming to the Xbox One.