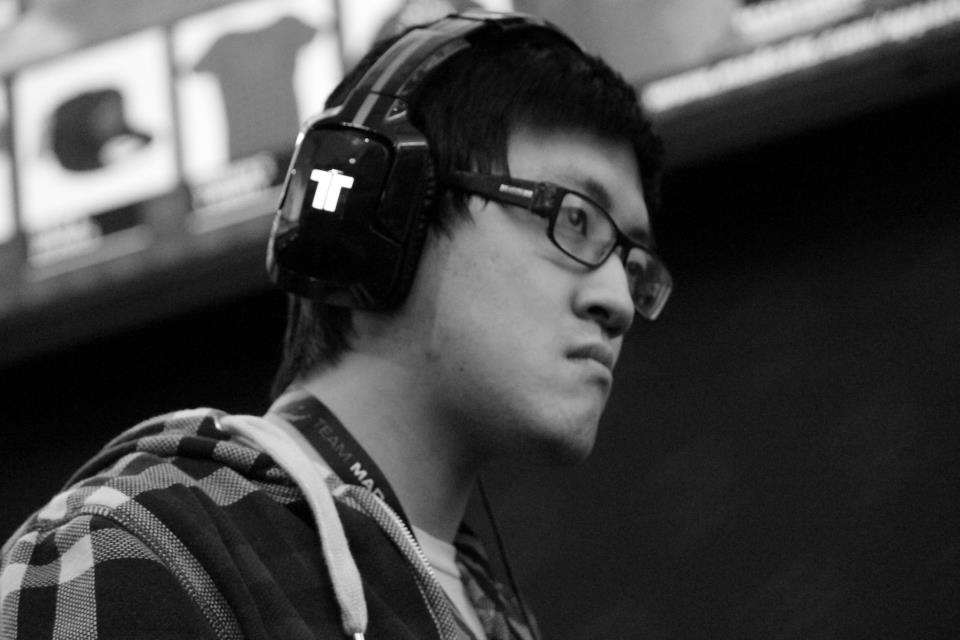 This weeks guest is a man who’s widely considered as one of the few Dhalsim players in the United States: Daniel Lehmann a.k.a. AG LuckyD.

LuckyD: Hi Guys! My name is Daniel Lehmann, AKA AG LuckyD. I’m a fighting game player from the Boston area, and I support the New England area as much as possible. I’m also a sponsored player with the Fighting Game Team Always Godlike.

LuckyD: Well, I actually don’t think I’m lucky at all lol. I had to just rush a name when I created a forum name on SRK, and LuckyD just kind of came out. Obviously it’s not the WORST name ever, so I’ve kept it and love it.

Kash: How would you say you got your first start in the FGC?

LuckyD: I actually started off going to a arcade on the east coast called Tokyo Game Action in 2007. TGA WAS the non NY Fighting game scene. It had head to head candy cabs, SBO qualifiers, top players like Nestor, Smooth Cat, Gavni. It was the messiah of fighting games. I had always watched Street Fighter 3: 3rd Strike videos from the west coast, but had no idea there was something that close to my home. When I found it I was introduced to the fighting game community and was HOOKED.

LuckyD: I first played 3s Ken, and was TERRIBLE haha (although I still think I’m pretty
bad). But I had no fundamentals, no defense and no patience. So before Street Fighter 4 even DROPPED I told myself, I’m going to play Dhalsim, and learn how to play defensively. Ever since then I’ve been playing nothing but Sim and I love it. I wouldn’t play anyone else. 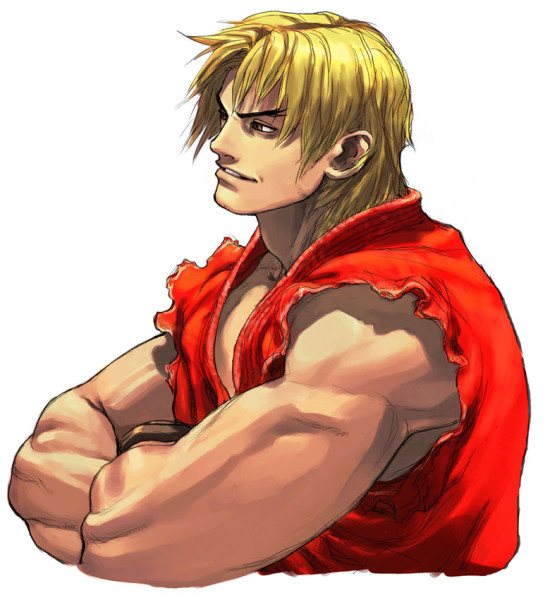 Kash: We don’t see many people pick up Dhalsim (only other Dhalsim I can think of is F.Champ). What made you decide on picking him about the other characters on the roster? Was it for the pure defense mindset?

LuckyD: Yes! I just wanted to build my defense up. it was NOT a long term idea. But playing fighting games for years now, my strength as a player is definitely my reactions, and Sim really shines to a player with that style. Sim works for me and I work for Sim, so its kind of a perfect fit.

LuckyD: Always Godlike is a East Coast Fighting game team. We’re mainly a Street Fighter 4 team, as we travel across the country entering tournaments, representing Madcatz and our other sponsors. But mainly, we’re a group of guys and girls who love Street Fighter, competing, meeting players and love the community.

LuckyD: I think it’s really clear who are the character specialists and who are the players who play based on tiers. That being said, I’m not a low tier hero, nor do I care about tiers. I’m a big advocate for playing who you like and working at that. Tournaments are based on 2 out of 3s, so match ups (while important) aren’t AS DETRIMENTAL to a characters.

Kash: The FGC has been slowly evolving from something small to big as time continues to move. We are starting to see growth in numbers at venues. Do you feel the FGC is at the same level as eSports?

LuckyD: I mean I honestly think fighting games are the third biggest eSport out there (obviously behind League of Legends and StarCraft 2). But that being said, it has some of the BEST storylines, drama and overall hype moments. At majors, so many matches occur on the big stage (more than the other games) that upsets occur ALL THE TIME.

LuckyD: On a local level, I run most of the MA community at our local venue GameUnderground. Part of my job as a tournament organizer is bringing new players at our local scene. And I won’t lie, when I first joined, it was rough. It used to be a cut throat community, and a cut throat mentality. But since then, its changed, and now its a lot more of a friendly and community driven group. And it’s awesome to introduce players to the scene, get them hungry, get them to enter locals, majors and eventually EVO.

LuckyD: Like everyone, I used to get really nervous. Honestly, if you ever meet me and watch me play in tournaments, I have a routine when I play. I hit the buttons hard and in a very specific order, shake my head up and down, and basically shake out the nerves. And basically, it gets me loose and relaxed, especially when I play players who I think are better then me.

LuckyD: Well on a personal note, I think it’s super important for players to meet the obligations of the hype. As a TO, nothing is more of a buzz kill then a pot split grand finals and people playing at 50%. In MA, a common practice is top two players will privately split the pot, and have grand finals be a money match for a small percentage of the pot (something like $50). That way, bot parties get a portion of the pot, but they still play for something that matters, which leads to an entertaining finals. I wish more players would adopt that practice, I think its the best of both worlds.

LuckyD: I used to be a Halo scrub, and a casual NBA 2k series player, but honestly they all bore me now in comparison to the depth and community fighting games have to offer.

Kash: What is your current system of choice and which system do you see yourself using for the next generation since at this point Wii U is out and about 50% of the PS4 and Xbox One has been revealed to us?

LuckyD: I definetly prefer Xbox over PS3 for obvious reasons. If PS3 had a better online service, I’d consider using the PS3 more, but XBL is just so strong. I’m taking a wait and see approach, but I’m hoping Capcom or any other AAA fighter actually DOES NOT come out on one of the new systems for some time. The logistics of running a major on either of those systems are going to be a NIGHTMARE I’m sure all the US TOs including myself have been pondering ways to get around the system limitations, but it is going to most certainly going to be a challenge.

LuckyD: I play Injustice, and enjoy it! I played Superman since his zoning looked strong. I think people like it cause its FRESH and NEW. Plus, the game mechanics are fun and the execution barrier is pretty low, its a great game to learn without having to spend HOURS in the lab.

Kash: Do you think the game will help evolve the fighting game genre? NetherRealm is constantly trying to add life to the genre; do you think other companies are taking notice?

LuckyD: I do! Like I said, it’s a brand new and fresh game, and that’s always a positive toward the community. The big question I think a lot of people are asking is what’s next? The tournament scene is still strong, but I know players are starting to burn out, and it’s harder and harder to find new players. So whats the next step in growing our scene.

LuckyD: Hahaha that’s an easy question. I think I’d honestly love to play Sim in every fighting game from now on, and that’s what I plan to do. 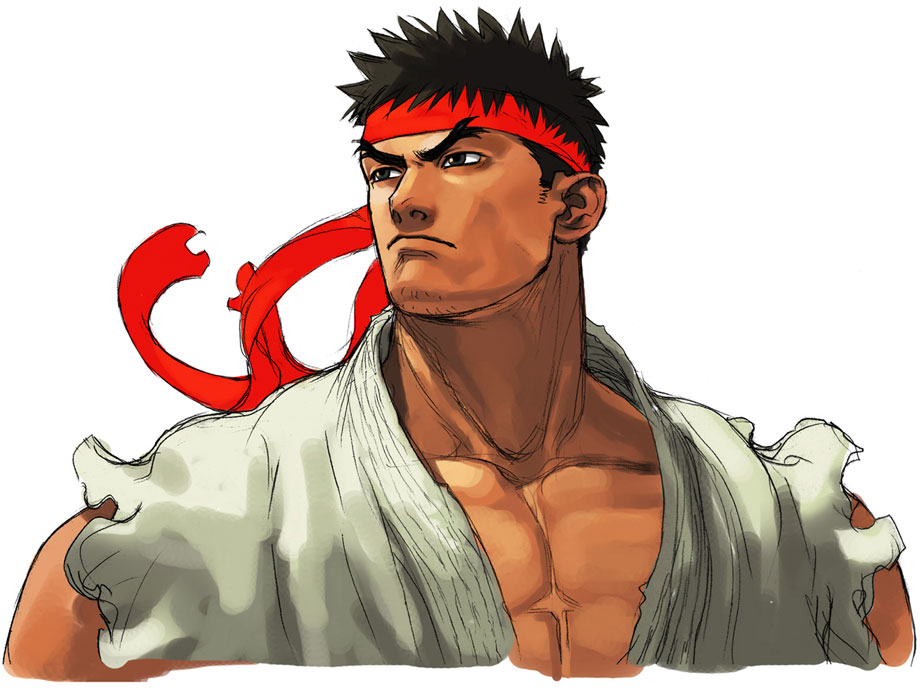 Kash: Probably an easy one for you but, Dhalsim or Anakaris?

LuckyD: haha no comment :p You figure that one out <3

Kash: Terry and Andy Bogard or Yun and Yang? 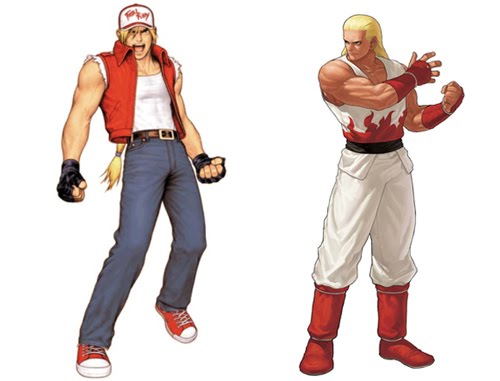 Kash: Probably a classic from the DC vs. Marvel comics, Lobo or Wolverine?

LuckyD: haha Wolverine, I’m a sap for the heroes.

Kash: Final one, Superman, Batman, Captain America and Spiderman have a battle royal, who will come out on top?

LuckyD: Superman, no question and don’t give me this Batman can outsmart him crap haha.

LuckyD: hmm, at this point its probably Street Fighter 4, Super Mario RPG and Halo 2. The classics.

LuckyD: I’ll be at EVO! I am Also attending our major GUTS in Boston. My local venue is running it, and I’ll obviously working with them, as well as with Team Spooky.

LuckyD: www.twitch.tv/alwaysgodlike is my team’s stream, and www.twitch.tv/pandaxgaming is the online people our team works with they are the best!

LuckyD: The Fighting Game Scene is the best one around! It’s by far the best community to work with, the most hype and by far the most fun! Thank you for the interview, and I’ll continue to do my best! Follow me on twitter! @fortunatedaniel Bring the hype man!! 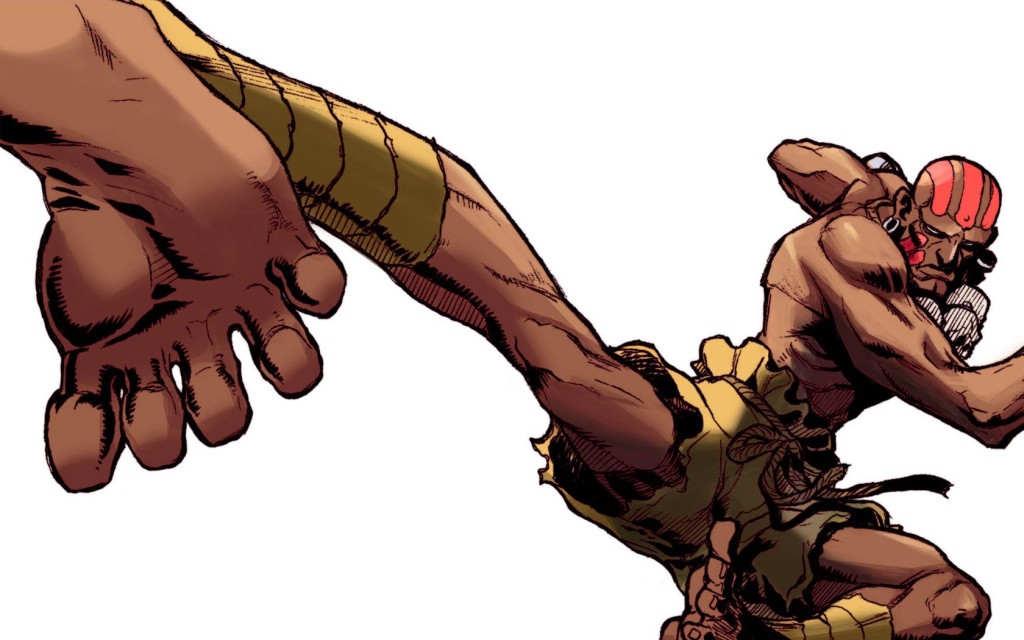