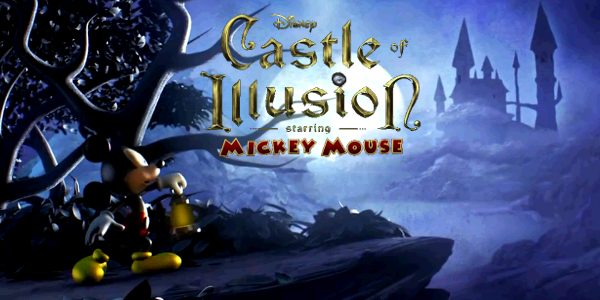 SEGA revealed a new teaser trailer for Disney’s Castle of Illusion, starring Mickey Mouse, today. The teaser is an expanded look at an uber teaser they released last week. And while the game looks like it could be something to see, the most notable thing that I can see is the omission of Nintendo platforms for the game’s release.

The original Castle of Illusion was a a platformer game developed by Sega and released for the Sega Genesis and Sega Master System way back in 1990. That was followed up with a release on Sega’s portable Game Gear system in 1991. It is the first game in Sega’s Illusion series of video games starring Mickey Mouse. It was amongst the second wave of games initially released for the platform which helped seal the console’s reputation within the period until the release of Sonic the Hedgehog.

The game is listed to be released for Xbox 360, PlayStation 3 and PC (Steam) which means that the game will likely be digitally released and not released in retail stores. The lack of a release on Nintendo’s Wii U is somewhat of a mystery since Nintendo is seen by many as more kid friendly of a platform than Microsoft and Sony’s consoles. A Disney game would seem like a more natural fit on the Wii U, if not all three systems.

The game is scheduled for a release this summer.