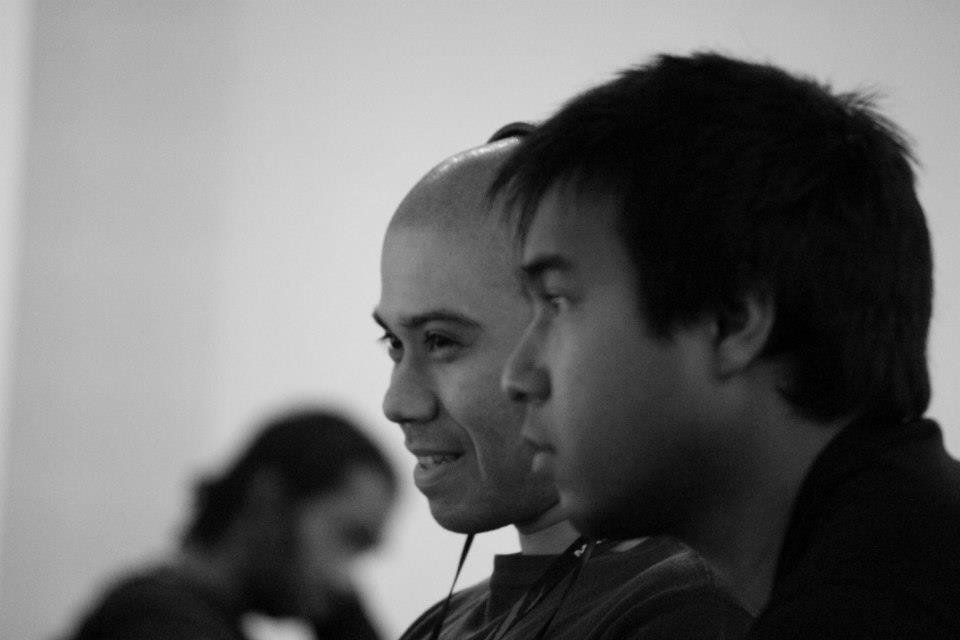 This weeks guest is a man who’s becoming a household name in the world of Street Fighter x Tekken: Sareth Sok a.k.a. KS | CORN Sethlolol.

Sethlolol: Hello, my name is Sareth Sok. I’m 24 years old and I’m just a full time college student at this moment. When I go out to tournaments to compete, I use the gamer tag KS | CORN Sethlolol.

Kash: A fighters tag is like their identity. Some would rather use their name and some nicknames;
how did you decide what yours will be?

Sethlolol: When I was trying to decide on my tag, I wanted a name that would explain a little bit about myself. So, I used my nickname, and then slap lolol at the end and thought it sum it up pretty well.

Kash: What caused you to join the FGC and when exactly would you say you got your first start?

Sethlolol: I joined the FGC because I wanted to be around people who held the same interest as me. I’ve always had an interest in fighting games, but I was never able to find people that enjoyed it as well. My first start would be in December 2011, Michigan Masters Tournament. I entered my first AE tournament and got bodied :(.

Kash: Tell me a bit more about your sponsors.

Sethlolol: I am sponsored by Karastorm Gaming. They are a stream trying to bring the online tournament scene to life. They are helping players by giving those who don’t have the ability to go to majors, to have a chance to learn and expand beyond simple lobby play and experience a sort of tournament setting. At this current moment, they will be focusing on the Street Fighter X Tournament online scene. I am also part of a group name CORN. We’re a group of gamers just trying to enjoy the fighting game community scene. We have players for each individual games. We love to go to tournaments to build hype, support our players, and have a good time! 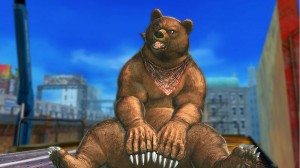 Kash: Law has always had a strong showing in both Tekken and x Tekken before and after patch. However, what made you decide to be unique and pair him with Kuma over the more commonly picked characters like the Mishimas, the Shotos and even the Tae Kwon Do Characters? Did Kuma bring something to the table that made you say I need this guy?

Sethlolol: When I played AE, I always played Fei Long. Seeing how Fei wasn’t in SfxT, Law seemed like the perfect replacement. Kuma was my second choice because he has always been my main in Tekken. So I put the two together and got extremely lucky with the outcome.

Kash: What made you decide to pick up Street Fighter x Tekken with the backlash the community gave it upon release? Do you feel the update to 2013 fixed what made many shun it before?

Sethlolol: In AE, I didn’t have much progress in the game .__. . When I started Street Fighter X Tekken, I found my win rate to be a lot higher than it is in AE, and after the community had drop the game, I’ve already decided to continue playing it. I could not go back to that losing streak in AE and I never will! I do feel that the update in 2013 did help Street Fighter X Tekken a lot. In 2012, defensive play was way overpowered in the game which was one of the issues. After the update, offensive and defensive are both equally effective in the game despite what others say. The changes in the mechanic makes the game more enjoyable to play. 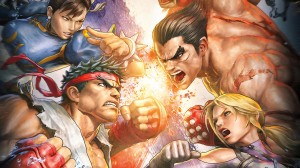 Kash: Do you think other people in the FGC like their characters because they like them or because
they need to use them based on the current tiers and meta game?

Sethlolol: It’s really mixed :(. I would have to say the majority of players are using characters based on their tiers. In vanilla, there was a huge amount of Cody players at tournaments and online. Ever since the update, Cody doesn’t even exist in this game =.=.

Kash: The FGC has been slowly evolving from something small to big as time continues to move. Do
you feel the FGC is at the same level as eSports?

Sethlolol: I don’t really follow the scene to well for the FGC or eSports, so I can’t answer ;_;. Sorry.

Kash: How difficult do you think it is for a new person to enter the community and feel welcomed based on your experiences?

Sethlolol: I don’t think it’s difficult at all. I’m terrible with socializing with people and yet I never felt uneasy being around the community. As long as you enjoy fighting games, it’s really easy to fit in and have a good time.

Sethlolol: If it’s the first match of the tournament, I am very nervous because usually the first match is against someone I don’t know and have no background on. I don’t feel comfortable with this setting, and it makes it difficult for me to make reads. But after that first match is done, it’s a whole new story. I can scout the rest of my opponents and figure out what I’m going to do against who ever I’m up against next and start up a game plan!

Kash: Now you haven’t mentioned it yet but you recently won Final Round at Atlanta for Street Fighter x Tekken. Congratulations by the way. What was going through your mind your last couple of fights?

Sethlolol: Thank you! During the final matches, all that was going through my head was all the sets that I’ve done against other players. I needed to calm down so I just thought to myself about the experience I’ve gained from playing others and how I wasn’t going to let that go to waste. Eventually, it did calm me down. I was even able to enjoy myself throughout the matches.

Sethlolol: I love strategy RPGs, grinding RPGs, and RPGS XD. I enjoy games such as Disgaea, Final Fantasy Tactics, and all the Tale series. It’s just unfortunate I don’t have much time to play much anymore ;____;. 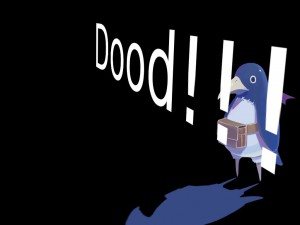 Kash: What is your current system of choice and which system do you see yourself using for the
next generation?

Sethlolol: My current system of choice is Ps3 because the internet is free. I’m cheap. For the next generation, chances are I’ll buy a Ps4 hoping internet is free again. $_$

Kash: I got to keep asking this question as I’m starting to make a connection as I continue interviewing people in the FGC. How excited are you with the announcement of a 6th generation of Pokémon?

Sethlolol: After there were more than 151 Pokemon… I became a Digimon fan :(.

Kash: If you could grab any character from one game and put them in any other game, who would you
pick, where would you place them, and why?

Sethlolol: I would have to take Yun and Yang from Street Fighter and put them in Street Fighter X Tekken. I thought they were a guaranteed pick for this game being one of the very few tag teams in the Street Fighter universe and was disappointed when I found out they were not in the game. To throw more salt on the injury Capcom put in Pac-Man and bad art Megaman ;___;.

Kash: The streak of X character in Marvel has ended lol.

Kash: In this segment, I’m going to name two different characters, series, etc., and just tell me
which one you’d pick over the other one. Since you’re a rpg player I’ll try and keep it RPGish lol hopefully we don’t get lost.

Kash: You’re about to start your journey, you’re given the option of starting with the Buster Sword or the Gun Blade. Which will you select? 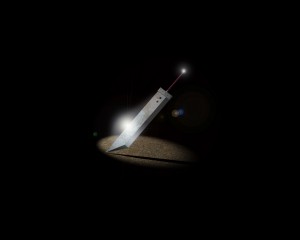 Kash: You accidentally trigger a trap in a dungeon and things look grim for your party. You feel as if time is moving slow and can move quickly to save one of your two squad mates. Would you save your crush, a white mage; or, your best friend, a red mage?

Sethlolol: Sorry buddy, the white mage is an important person to have in the party ;__;. 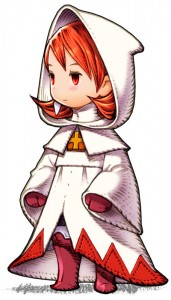 Kash: After the death of your friend, you and your white mage make it to a town. The town is being attacked by monsters who’s weakness is magic. However, you are unable to cast offensive magic, likewise your white mage. You see Donald (KH version) and Vivi (FFIX) on either side. Who do you call to assist you? 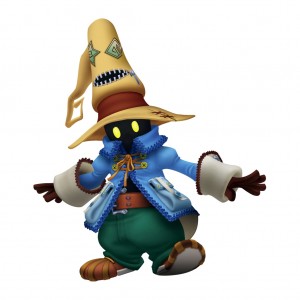 Kash: You, your white mage, and your new black mage make it to the boss castle. Is your boss responsible for the destruction of your hometown (Sephiroth), your brother who is working for evil (Golbez), a witch attempting to destroy everything with time compression (Ultimecia) or a crazy jester who wants to destroy everything (Kefka)?

Sethlolol: The joker will always be boss <3. 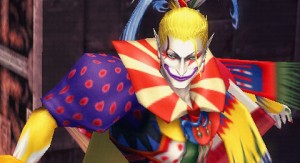 Kash: You completed this portion of the interview. 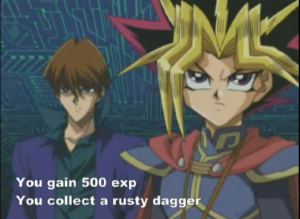 Sethlolol: I also lost a buddy .___. Don’t think the rusty dagger replaces him.

Sethlolol: It would have to be the games I invested the most time into, which would be Demon’s Souls, Street Fighter X Tekken, and Ragnarok Online.

Sethlolol: I’m going to try to attend UFGT. I’ve already bought a plane ticket for EVO though! Vegas <3 The runback! 🙂

Kash: With stream sites like Twitch becoming the easiest gateway for people to view the community
and players in action, is there any particular stream were people may see you play outside of a
tournament setting?

Sethlolol: From time to time I’ll be playing on twitch.tv/karastorm. Other than that, not really ;(. I have to keep that Kuma tech on the low!

Kash: Any last words for the Broken Joysticks reader as well as any way for them to contact you
with any questions they might have?

Sethlolol: It has been a real pleasure being around the fighting game community and meeting everyone! I never thought any of this could happen but because of my team, @DATCORNBREAD and @Karastorm, they made it all possible. <3. If anyone wants to get in contact with me, my twitter is @Sethlolol and my facebook is www.facebook.com/sareth.sok. Thank you for having me on! This has all been a wonderful experience. Take care! 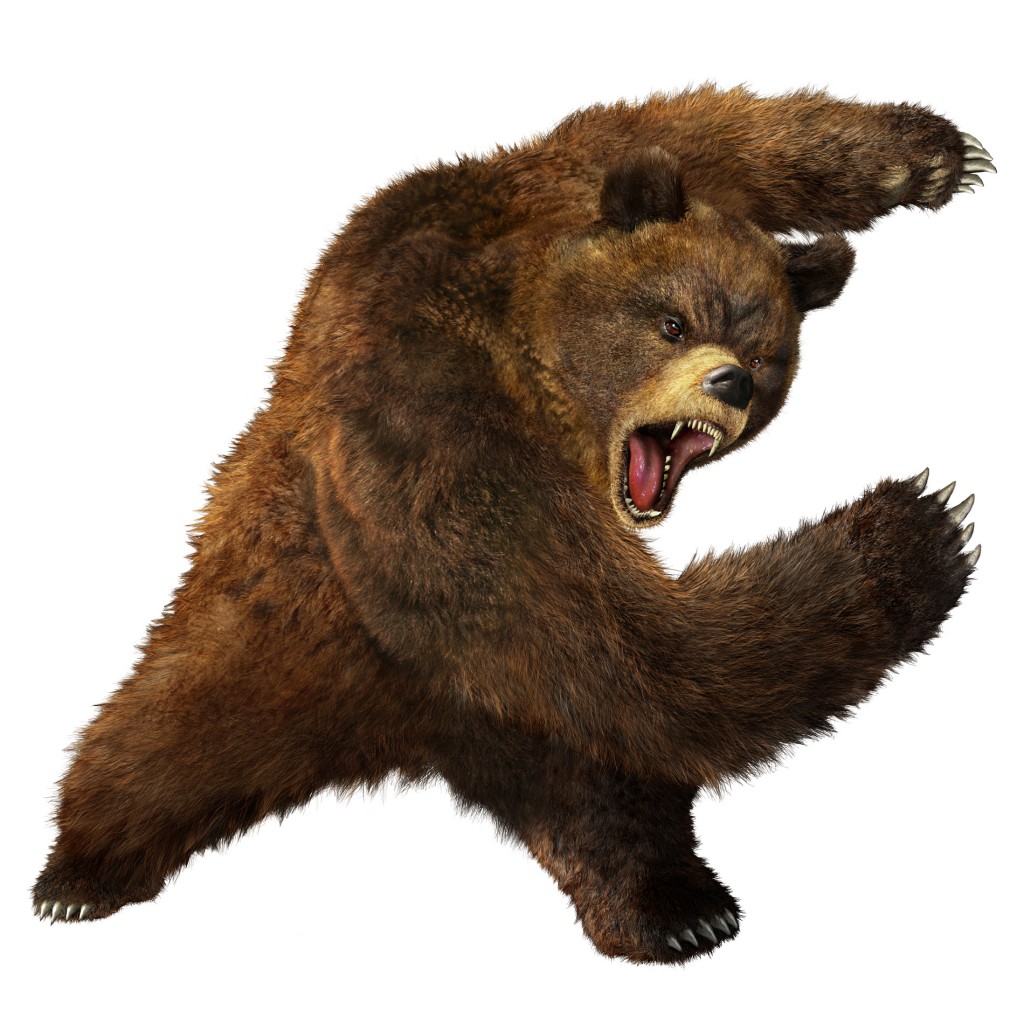