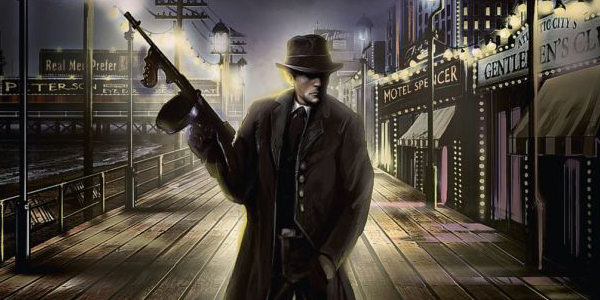 America. The land of dreams. The land of opportunity. Straight off the boat from Sicily you arrive in fictional Atlantic City with ambition and machinations of a criminal empire that the world has never seen. If only things were as simple as dreaming. Starting out as a lowly nobody and working up through the ranks to a criminal overlord will take time and money. Fortunately if you have the time, the money won’t be a problem.

Haemimont Games has established a nice niche in the simulation/strategy genre; Omerta: City Of Gangsters tries to fit into this category as well. Combat is turn-based strategy, while developing your criminal empire by acquiring land to build various moneymaking establishments fits nicely into what Haemimont Games knows so well (see, e.g., Tropico). If only the game was executed as greatly as the idea was for Omerta, we could be looking at a solid game instead of this unfortunate, buggy mess.

Apart the glitches, which I will elaborate on later, Omerta is really not a terrible game–just poorly executed. As you start off your career as a gangster you get to see some of the depth that it offers. Choosing your character’s picture, answering questions about your background (which determines attributes), and picking perks add an uniqueness to your character and playstyle. Want to be a tank that is a melee specialist? Prefer the long range shots with a rifle? Want to get up close with a shotgun and blast your enemies into swiss cheese? Well, all these are viable options presuming you level up a certain way as Omerta allows many diverse playstyles. 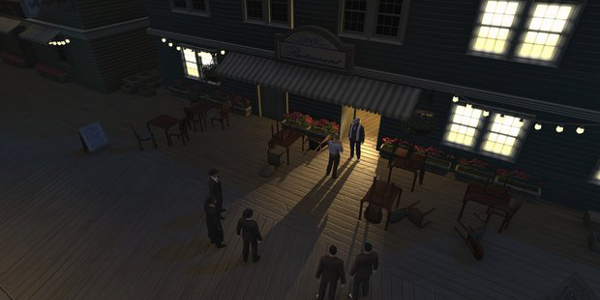 Playing through the story mode you will be assigned certain tasks that you must complete to further the storyline, ranging from creating certain businesses, taking out rival gangs, and other similar tasks. The simulation part of Omerta is simple and repetitive, in fact it may be too simple. The game never really gets to the point where money is a problem. Sure, just starting out you may not have much, but once you establish a business you’re pretty much golden. It may take awhile for your businesses to rack up money, but eventually you will have more money than you know what to do with.

Where games like XCOM have a central hub for you to oversee your operations, purchase new upgrades, etc., Omerta has you scrolling over the map clicking on buildings to buy and waiting . . . waiting for one of your crew to run over to finish the task. It gets very tedious after a while. There are times when you will have all six of your crew tied up and you’re sitting there waiting to free one of them so you can do just about the same thing all over again. I realize that it’s a completely different setting than XCOM and it fits perfectly into the game, it just could have been executed better. 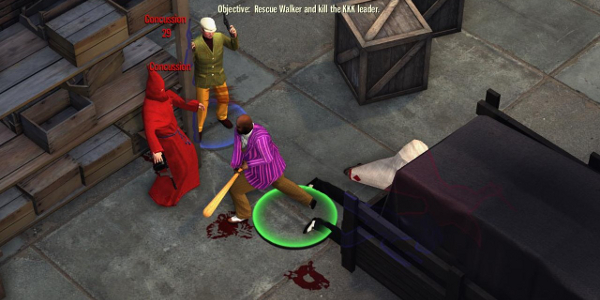 During combat, your gangsters have a health and courage stat that you can monitor while on the battlefield. Health is pretty self-explanatory, if all your gangsters run out–mission is failed. Courage, however, is an interesting aspect, if only it was more fleshed out. The idea is to lose your combat effectiveness when you or one of your other gang members takes a hit. Great idea, but it’s really not needed, seeing how most combat encounters last on a limited amount of time, normally having to kill 4-8 enemies.

Cover is another aspect that works at times and other times you’re wondering what the heck is going on. Aiming at an enemy gives you a percentage-to-hit, which most times is pretty spot on. Other times an enemy can hit you from inside a building through a window and your character can’t even see them. Some of the level design is a bit flawed as well. One thing in particular is when you have a character standing in a doorway, no other characters can get through it. Maybe it’s me being picky, but I thought we were in a day and age where these kinds of transitions could be handled differently. Instead, when you try to move another character through the same doorway, they will back track the long way around.

During a combat encounter I was tasked with eliminating all the enemies in the area. No big deal right? Well, I found three of the four guys without any problem. After navigating all my gangsters around the map many times I realized that I could see an arm sticking out of a wall. Yes, the enemy was stuck in the wall and no amount of grenade throwing or Tommy gun shooting could kill this guy. So, I tried to restart the mission figuring no big deal, it happens. Same thing happened again and again. After repeated attempts I gave up on it and luckily there is an “auto resolve” option when you start a mission that gives you a percentage chance to complete it without manually doing the combat. Thankfully it succeeded and I moved on through the campaign. I want to say it’s not a big deal and I guess it’s really not considering the auto resolve, but as I stated earlier some of the glitches are just nerve-racking.

There are three acts to the game and when I reached the second act I noticed a severe lag. Music, on-screen animations–it seemed the entire game just slowed way down, resulting in even more waiting for tasks to be completed. I tried installing the game as well which didn’t resolve any of the issues. Oddly enough, after getting through the second act into the third, it seemed to disappear. I don’t know if this is an isolated issue or not, but it was excruciating listening to the music loop over itself and watch the vehicles try to move as they were on dial-up. 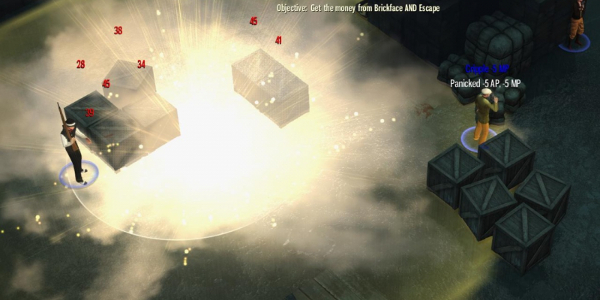 Another encounter I had was with the dialogue: accepting a mission, or when a random person pops up, the dialogue would get to about the end of the first paragraph, then stop in mid-sentence, and start back over again. It did this the entire game. Another thing I didn’t understand having only audio for only the first paragraph in each instance. Either record the whole page or don’t do it at all. Either way works for me, just pick one and be consistent. But, even with that said it could’ve been a glitch preventing the entire audio from completing. I won’t know until a patch is released to clean up some of these issues.

The multiplayer aspect of Omerta has modes for both competitive and cooperative. Simulation is excluded from the multiplayer, giving players the chance to focus on combat. Unfortunately there are only four maps (two each for both modes), so it somewhat limits the desire to play it. It feels tacked on and it’s really a waste of time, because in a month there will be virtually no one playing the multiplayer.

Omerta: City Of Gangsters had great ambition and a lot of potential that was negated by numerous glitches and repetitive simulation that is time consuming. I think Omerta is an excellent idea gone Uwe Boll. With jittery animations, lack of storyline, and an afterthought for multiplayer, there’s not really much to praise other than its RPG inspired elements that have minor implications within the game. After Tropico I thought the only way Haemimont Games could go was up, but I was unfortunately wrong.