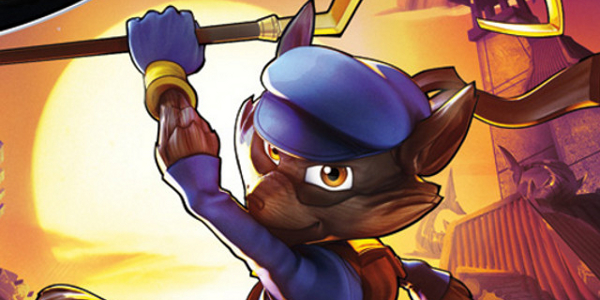 The Sly Cooper series was one of the more iconic franchises for the PlayStation 2. These interesting games (Sly Cooper and Thievius Raccoonus, Sly 2: Band of Thieves, and Sly 3: Honor Among Thieves) were centered around stealth mechanics and had you play as a good-hearted thief named Sly who lived in a world full of anthropomorphic animals. The series was fun and had a lot going for it. However, unlike other popular PlayStation 2 franchises, such as Ratchet & Clank, Sly and his merry band of thieves have been notably absent from this generation of consoles. I always thought this was strange since there was so much potential in this series, and my love of stealth gameplay and platforming had drawn me into the Sly Cooper games. But now a new game has come along to give new life to an old series. Sly Cooper: Thieves in Time, the latest addition in the series, is quite an interesting feat and has a lot of new ideas, some old ideas, and also some places for the franchise to go next. Hopefully Sanzaru, the developer that’s taken the reins from Sucker Punch, can keep the quality they have displayed here going for future releases. 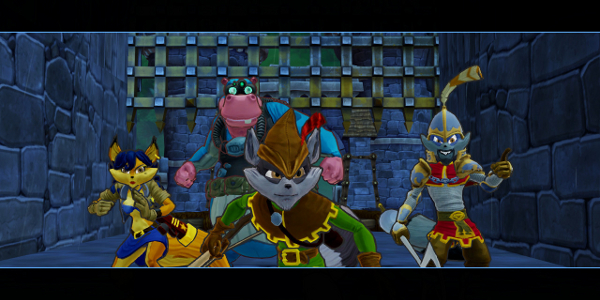 First of all the gameplay here is old-school Sly, with team based missions set up to cater to each of the team members’ strengths. There are stealth missions for Sly the raccoon, hacking missions for Bentley the turtle (the brains of the group), and rousing beat’em-ups for the pink hippo (yes pink hippo) Murray. The newest addition is Sly’s girlfriend, Inspector Carmelita Fox (the face that launched a million furries). Thieves in Time also allows you to play as one of Sly’s ancient ancestors during each section of the game. The ancestors have their own special powers. The gameplay is a good overall mix between the various characters’ capabilities, although I found some of Bentley’s hacking sections annoying, but in general it works and showcases the gameplay diversity very well.

The graphics are really nothing to write home about. They are serviceable and definitely look like a current gen release. As a point they don’t try and show off the hardware, and though the graphics aren’t amazing, the cartoony vibe of the game means that they really don’t have to be to still look good, which they do.The music is not all that noteworthy, with the various boss music and level themes being just okay, and it’s nothing you would remember a half hour later. 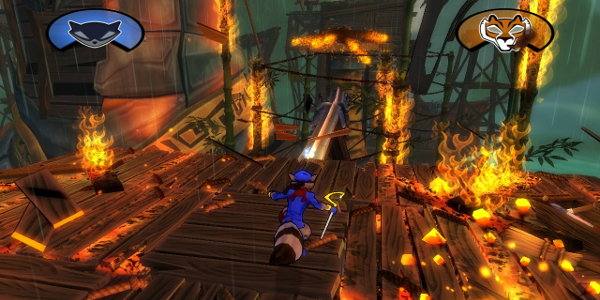 The plot is pretty straightforward: Bentley’s girlfriend, a purple mouse named Penelope (the face that launched another million furries) has gone missing, and what’s worse is that pages have started to disappear out of an ancient Cooper handbook called the Thievius Raccoonus. This leads Bentley to conclude that someone is rewriting history to erase the Cooper clan. So after this conclusion he builds a time machine for the gang to go back in time to try and find out what’s happening and who’s behind it.

The plot has a few twists here and there but nothing you can’t figure out easily enough. It has certain elements that can, and will, entertain, but it is not a substantive philosophical exploration (not that it is striving to be), but rather set up like a kid’s cartoon, broken up into episodes. With some memorable characters and a great sense of exploration, this is one of the game’s better points. Oh, I also want to note the Japanese ancestor with the thick Lord Toranaga accent. (Stereotypes are hilarious.) 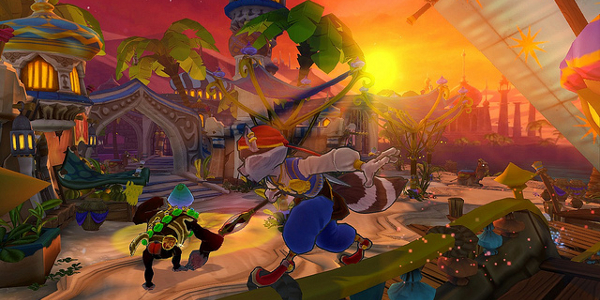 If the game has a failing it would be in replayability. Once you beat the game there really isn’t much else to do with it. I clocked in around 20 hours, give or take, but because it is a very easy game it may work out to be much shorter than that, depending on how fluent you are with the mechanics. Once the game is finished you really can’t find new story elements or things of that nature with the straightforward narrative this game contains. That’s not to say the initial experience is not enjoyable–far from it–but adjust your expectations and don’t expect it to be GTA in regard to content.

Sly Cooper has always been a series that was cartoony and fun and this game is a welcome edition into the franchise. With this release Sanzaru has proven themselves to be worthy successors to Sucker Punch, and hopefully they can continue to produce the quality work that is present in this release, and carry on the Cooper name.