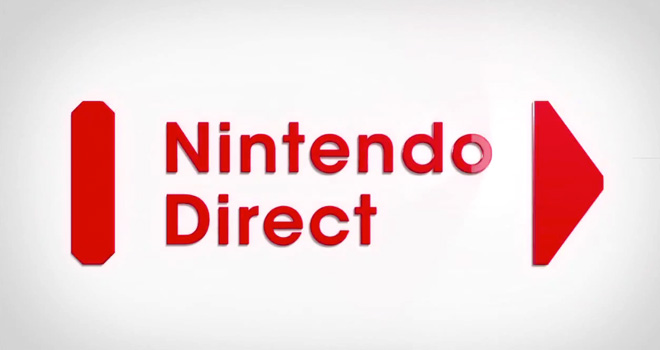 Nintendo detailed a huge list of upcoming games this morning at another Nintendo Direct presentation, with a focus on Luigi and several games featuring everyone’s favourite brother.

Nintendo has named 2013 the “Year of Luigi,” thanks to the numerous appearances that Mario’s timid, green-clad twin brother will be making in games this year. Nintendo provided details about games on the way that feature Luigi, as well as information about more than two dozen upcoming games, including content for Wii U and Nintendo 3DS across packaged and digital formats.

“Luigi is just the green tip of the iceberg of all the great news we have to share with Nintendo fans this year and beyond,” said Reggie Fils-Aime, Nintendo of America’s president and COO. “We’re showing how Nintendo 3DS and Wii U continue to be a source of fun, entertainment and great surprises.”

The game that kicks off the Year of Luigi launches March 24 and will include additional multiplayer modes beyond the previously revealed Hunter Mode. Up to four players with their own Nintendo 3DS systems can team up via local wireless, pair up in Download Play or connect over the Internet to escape each floor within the time limit in Rush Mode and search for the hidden ghost dogs in Polterpup Mode (up to four game cards may be required).

A new installment in the Mario & Luigi role-playing series is coming to Nintendo 3DS this summer. The game takes place inside the mind of a sleeping Luigi, who is a powerful, brave hero in his dreams.

To continue the fun of New Super Mario Bros. U for Wii U, Nintendo is letting Luigi take over in new downloadable content that is coming in the Year of Luigi that provides alternate versions of the game’s more than 80 stages. Players can freely change between the New Super Luigi U and New Super Mario Bros. U stages. These Luigi-focused stages provide a whole new level of game-play challenge and will be available for purchase as a single download.

Luigi and his Mushroom Kingdom neighbors are teeing up once again in Mario Golf: World Tour. The Nintendo 3DS game includes both simple controls and a deeper experience for golf fans, plus courses that range from traditional to those inspired by the Mushroom Kingdom. The game launches this summer.

The smash-hit Wii game is getting a portable 3D makeover that makes the already-amazing layered graphics pop. The game launches this summer, but an exclusive 3D video is available now in the Nintendo eShop for Nintendo 3DS.

The game launches in North America on June 9. It is the definitive version of Animal Crossing, with new features and general improvements across the entire game, including new species of animal neighbors, new ways to customize your house and town, and a new main street shopping area and model home showcase.

The game is getting the Gracie Grace line of clothes, inspired by the fashion-forward giraffe from the Animal Crossing series. Owners of Style Savvy: Trendsetters can download the trendy free clothes via SpotPass. Additional fashions are planned to arrive via SpotPass, including in-game fashions based on the popular Japanese brand Liz Lisa.

The Chase Begins launches April 21. The game is set two years prior to the action of the Wii U game, and follows the first case of rookie cop Chase McCain in a still-growing and -developing LEGO City.

Two new downloadable maps are now available for purchase at the Outrealm Gate on the world map in Fire Emblem Awakening. For $2.50, the Champions of Yore 3 map lets players battle against legendary characters such as Marth, Roy and Ike. Players who have already purchased the Champions of Yore map pack can now access this new map to earn a new playable character named Michaiah and a special skill that will increase all of a character’s stats by two points. The Golden Gaffe map is the first in a second set of three maps, and is also now available for $2.50. It pits players against a group of very wealthy enemies, and is a great way to earn gold. Nintendo plans to release fresh downloadable content in the weeks and months ahead to keep the adventure going with more playable characters and class types. The Champions of Yore 1 map is available as a free download through March 6.

Two classic Game Boy Color games from Natsume, Harvest Moon and Legend of the River King, are on their way to the Nintendo 3DS Virtual Console in the coming months.

Buy and Register Nintendo 3DS XL, Get a Free Game

As a special promotion for people who have not yet purchased a Nintendo 3DS XL system, anyone who registers a Nintendo 3DS XL and either Luigi’s Mansion: Dark Moon or Pokémon Mystery Dungeon: Gates to Infinity between March 21 and April 30 will receive a code to download one of these five great games for free from the Nintendo eShop for Nintendo 3DS: Super Mario 3D Land, Professor Layton and the Miracle Mask, Art Academy: Lessons for Everyone!, Star Fox 64 3D or Freakyforms Deluxe: Your Creations, Alive! For more information, visit http://club2.nintendo.com/3ds-xl-promo.

Nintendo 3DS owners can now buy and download select games from the Nintendo eShop at a discounted price for a limited time. These include BIT.TRIP SAGA from Aksys Games; Crashmo, Sakura Samurai: Art of the Sword and Ketzal’s Corridors from Nintendo; Fractured Soul from Endgame Studios; and Mutant Mudds from Renegade Kid. One game will be available at the reduced price each week. Visit http://www.nintendo.com to see the full schedule.

A demo of Konami’s Castlevania: Lords of Shadow: Mirror of Fate hits the Nintendo eShop for Nintendo 3DS on Feb. 28. The full digital game download launches on March 5.

Nintendo is launching a Miiverse community dedicated to The Legend of Zelda series today, letting fans discuss the past, present and future of this timeless franchise.

The Wii Street U powered by Google application is now available as a free download for a limited time from the Nintendo eShop for Wii U. The application taps into the Google Maps service and allows users to get a 360-degree view of locations around the world using the Wii U GamePad.

• BIT.TRIP Presents… Runner2: Future Legend of Rhythm Alien from Gaijin Games is coming to Wii U in February. It features narration by Charles Martinet, and a demo is planned for the Nintendo eShop soon.

• This month, Zen Pinball 2 from Zen Studios introduces a number of pinball tables, including Marvel Pinball and Plants vs. Zombies Pinball. The game will be available as a free download in the Nintendo eShop for Wii U with additional tables available for purchase.

• Soon Two Tribes will release Toki Tori 2, a puzzle/platforming game that will support off-TV game play on the Wii U GamePad. A level editor will be released at a later date.

• Need for Speed Most Wanted U from EA is arriving on Wii U on March 19 as the first third-party title to incorporate Miiverse functionality into the game play. Exclusive features include a new Co-Driver mode for local co-op play, Off-TV mode to play on the Wii U GamePad and the Ultimate Speed Pack included at no additional charge. The Ultimate Speed Pack includes 25 additional High Speed Races and Speed Runs, five of the world’s fastest production cars and more than 70 new speed-themed milestones, plus stacks of additional rewards and unlocks.

• The Walking Dead: Survival Instinct from Activision is coming to Wii U on March 26 with a unique style of game play that blends first-person action with resource management for a focus on surviving the undead nightmare.

• Injustice: Gods Among Us from Warner Bros. Interactive Entertainment launches on April 16. The game includes Off-TV play and lets players battle as some of their favorite heroes and villains, like Batman, The Flash, Superman, The Joker, Lex Luthor and Wonder Woman.

Coming to Wii U and Nintendo 3DS

Capcom’s Monster Hunter 3 Ultimate launches for both Wii U and Nintendo 3DS on March 19. A Wii U player can connect with up to three Nintendo 3DS players to create a hunting party. People can play the game on Wii U and then transfer their data to the Nintendo 3DS to continue the hunt. A demo will be available in the Nintendo eShop on both platforms on Feb. 21.

Disney Infinity from Disney Interactive is coming to Wii U and Wii this summer. For the first time, players will use real-world interactive figures to activate original, story-driven adventures in the game worlds, also known as “Play Sets.” At any time, players can also access their personal “Toy Box” and use the items to create one-of-a-kind Disney adventures featuring any combination of characters, environments and items across all franchises featured in the game. Disney Infinity will also be available on Nintendo 3DS.