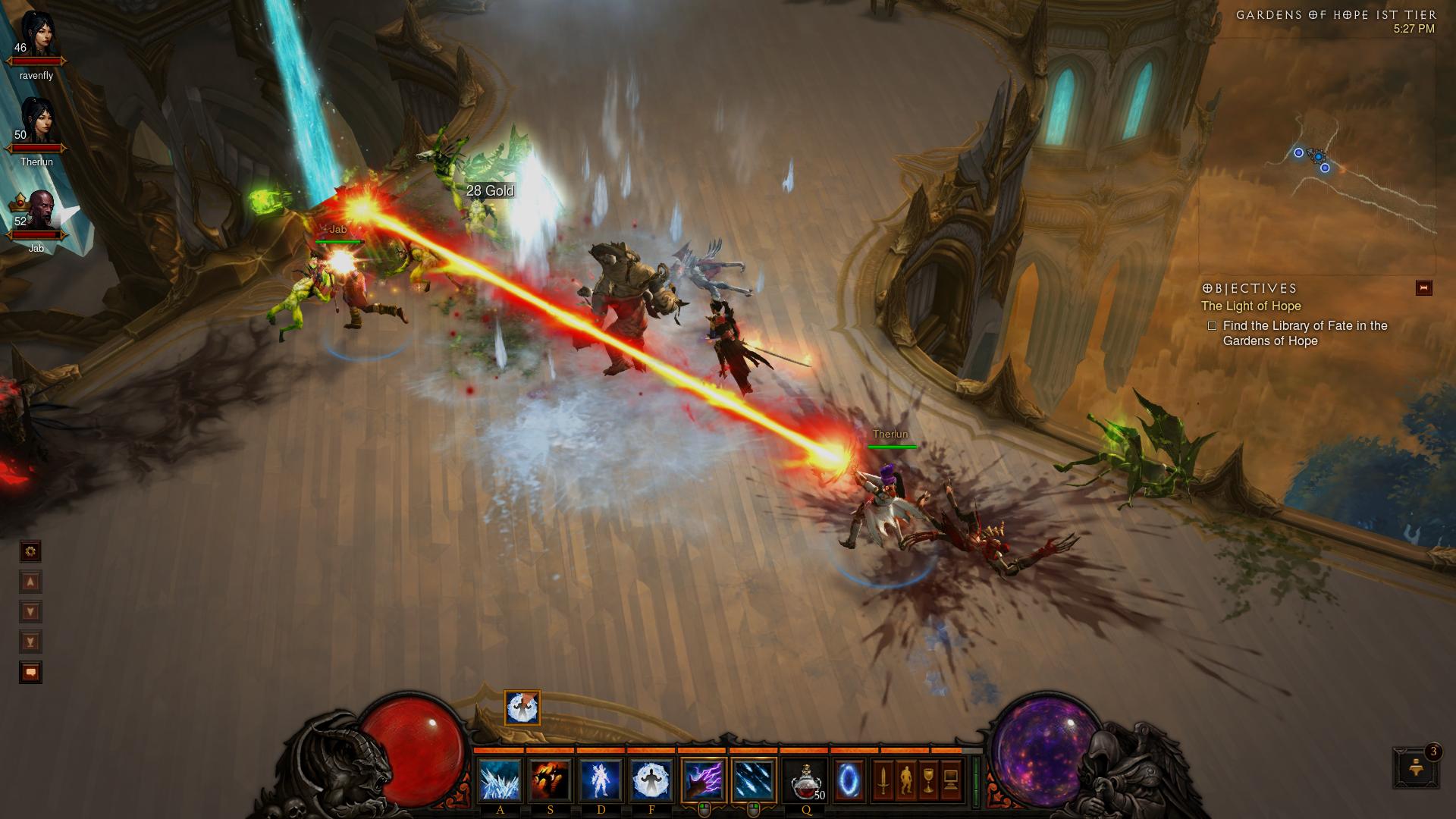 There is nothing more frustrating than trying to find your perfect set of gear in a game like Diablo III only to find that either the people you are playing with have snagged it or the marketplace is flooded dozens of them thanks to bots. For serious players it can take away the meaning of rare drops and in the worst case scenarios it can bring the game to its knees by overloading the servers.

Blizzard revealed today that they have banned a few thousand accounts for hacking, boting among other offenses. Since this is a game with an economy based upon real money it is nice to see the developers taking things seriously. Apparently cheating was so widespread that it was starting to cause problems with Battle.net.

Check out their official statement after the jump.

“We’ve recently issued account bans to several thousand Diablo III players who were found to be using botting programs while playing. In addition to undermining the spirit of fair play, botting, hacking, and other forms of cheating can also cause technical problems with the game as well as contribute to performance issues with the Battle.net service. To learn more about our exploitation policy for Diablo III and how it may affect your gameplay, please visit our official support site.

As always, maintaining a stable, safe, and enjoyable online environment for legitimate players is very important to us, and we’ll be continuing to keep watch on Battle.net and take action as needed. In the meantime, if you wish to report the possible use of botting programs to Blizzard, please see this thread for more information. (We will also be adding the ability for players to report this kind of behavior directly through the game client in a future patch.)