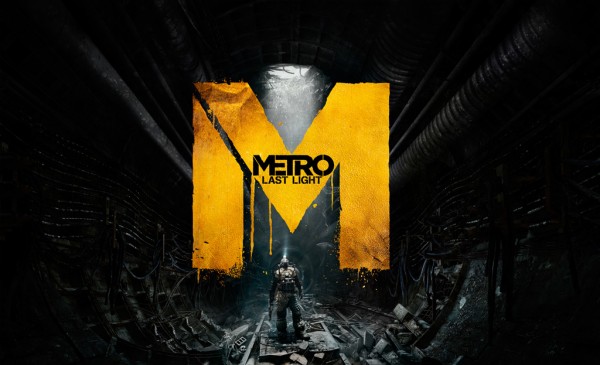 Metro: The Last Light is poised for a March 2013 release and if you haven’t went to pre-order this game yet, you might be more entitled to do so now. As of today, THQ has announced that all pre-orders will automatically be upgraded to the Limited Edition of Metro: The Last Light.

What does this limited edition include you may ask? Well, it will include a harder difficulty mode known as “Ranger Mode”. For those familiar with the first game, Ranger Mode is insanely hard – one hit by a bullet will kill you. Not only that, you don’t have a HUD and pick-ups have less quantities of ammunition. But, players were also entitled to 3x damage with their own weapons. Sounds like fun huh? 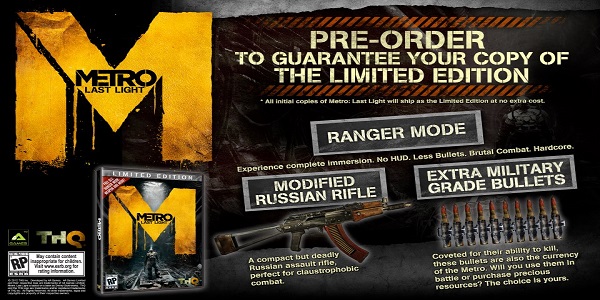 As you can tell from the above picture, you also get Extra Military Grade Bullets which are essential for either trading or killing enemies quickly and effectively.  In addition, you also receive the Modified Russian Rifle which is ideal for “claustrophobic combat.” Oh yes!

So what are you waiting for? Really, what are you waiting for! Go pre-order Metro: The Last Light and get the FREE Limited Edition upgrade. I’m expecting this game to stand out a lot more that its predecessor (which was a really solid, under-the-radar hit). You definitely need to check this out! Here is a trailer if you need a little more persuasion.